Compound back in the news, being studied by U.S. FDA, Health Canada, other agencies 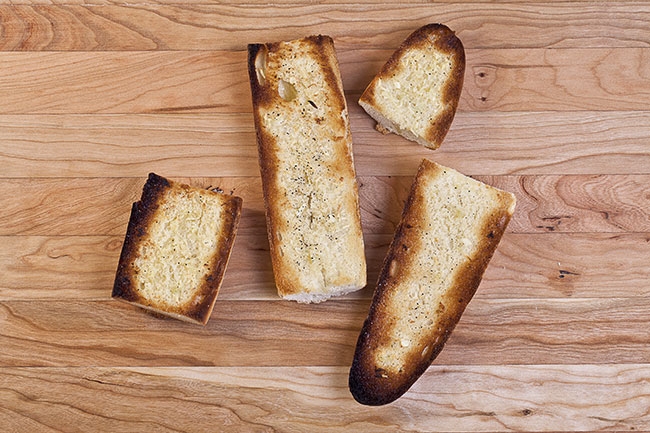 Acrylamide is a naturally occurring compound that forms in certain foods, including breads, cakes, cookies, potatoes, crackers, cereals and snacks that are baked, fried or toasted. Boiling and steaming foods do not typically form acrylamide.

It was only recently, in 2002, that scientists first discovered the presence of acrylamide in food. Since then, the FDA, Health Canada, and the Joint FAO/WHO Expert Committee have been actively investigating the effects of acrylamide as well as potential measures to reduce it.

Research indicates that at extremely high doses, such as those in some industrial or manufacturing settings, acrylamide is carcinogenic. However, only traces of naturally occurring acrylamide have been detected in foods such as cookies, crackers and baked and fried foods.

The National Toxicology Program (NTP) is composed of parts of several different U.S. government agencies. In its most recent Report on Carcinogens (2014), the NTP classified acrylamide as “reasonably anticipated to be a human carcinogen” based on the studies in lab animals. Since acrylamide is known to cause cancer in experimental animals, further research on the effects of exposure to acrylamide is needed before the risks to human health associated with acrylamide exposure from food sources (not industrial) can be fully understood. Work continues in this area, and as the result of new studies become available, agencies including Health Canada will continue to evaluate the level of risk associated with dietary exposure to acrylamide.

In March 2016, the FDA posted a final document with recommendations for consumers and practical strategies to help growers, manufacturers and foodservice operators lower the amount of acrylamide in foods associated with higher levels of the chemical.

“The documentation provides guidance for best practices and does outline a food systems approach in the reduction of acrylamide in potato products and baked goods,” explains Marianne Smith Edge, an industry thought leader and founder of Kentucky-based AgriNutritionEdge. “This documentation sets the stage for the food industry to be proactive in instituting methods throughout their procurement and production processes voluntarily and within their own time frame and budgetary constraints.”

For the past 15 years, acrylamide has been in and out of the news. Acrylamide has made headlines again in 2017. This time for food samples analyzed in the United Kingdom and United States. As <i>Bakers Journal</i> interim editor Brian Hartz mentioned in his May 2017 Editor’s Letter, a survey commissioned by the Changing Markets Foundation analysed 48 types of biscuits for infants and young children in the U.K. The highest levels of acrylamide were found in a sample of Little Dish biscuits for one-year-olds containing a concentration almost five times above the European benchmark and 30 times higher than products with the lowest concentration in the survey.

These March 2017 findings came six months after the U.K. Food Standards Agency (FSA) published its own results showing 29 products exceeding the recommended acrylamide benchmarks including three type of baby food. Also in 2017, a U.S. health watchdog, the Center for Environmental Health (CEH), launched legal action against several U.S. biscuit manufacturers and retailers for allegedly failing to warn consumers about the high levels of acrylamide in their products.

The FDA and Health Canada continue to collaborate with the food industry to further pursue reductions efforts for acrylamide in processed foods. The best way to decrease the amount of acrylamide in the diet is to cut back on frying. High-temperature frying causes the greatest acrylamide formation.

To minimize the presence of acrylamide, toast bread, buns and muffins to a light brown colour rather than a dark brown colour and store potatoes outside the refrigerator in a dark, cool place, such as a closet or a pantry. Studies have shown that using different varieties of crops, particularly ones low in asparagine, time of harvesting to reduce sugar formation, proper handling, and changing cooking and storage temperatures can lower levels of acrylamide in food.