This column is written by Dr. John Michaelides of the Guelph Food Technology Centre.
Question: What new information is available on acrylamide and what is being done to reduce it in processed foods? 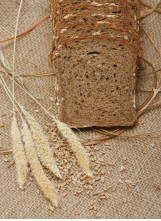 This column is written by Dr. John Michaelides of the Guelph Food Technology Centre.

Question: What new information is available on acrylamide and what is being done to reduce it in processed foods?

Answer: You may remember my acrylamide Technical Talk that appeared in the October 2005 issue of Bakers Journal. In this article we discussed the growing importance of acrylamide in the human food supply; however, since then there have been new developments and information gathered on the subject and we feel it important to revisit the issue. For those who missed the 2005 article, here is a brief synopsis to bring you up to speed.

The first report on the presence of acrylamide in processed foods was published in April 2002 by the Swedish National Food Administration and Stockholm University. They reported the presence of acrylamide in a variety of fried and oven-baked goods. Their report indicated a relationship between the formation of acrylamide, high temperature cooking processes and some high carbohydrate foods. The formation of acrylamide in food products raised researchers’ concern due to the possible carcinogenic potential associated with the chemical. Acrylamide is formed in processed foods by the reaction of the amino acid asparagine and sugar (the major component of carbohydrates). When foods containing this amino acid and carbohydrates are exposed to heat, especially at temperatures above 100 C, acrylamide is formed. Asparagine is found in high amounts in potatoes and cereals. Research findings indicate that trace amounts of acrylamide are formed during boiling (100 C) but the majority of the compound is formed when the food temperature reaches 120 C or higher. The chemical is most likely to accumulate during the final stages of baking, frying or grilling.

Since the discovery of acrylamide in food products, many government institutions, food industry associations, food industry members, and researchers have been involved in efforts to understand the process of formation and possible prevention of accumulation of this chemical in food products. A joint FAO/WHO Expert Committee on Food Additives report, published in February 2005, reviewed the various studies on acrylamide toxicity, the process of its formation in food products and possible ways to reduce its presence in such foods. It was reported to be prominent in foods containing high amounts of carbohydrates and low protein. Acrylamide is also associated with the Maillard reaction, the reaction responsible for the browning of foods. The FAO/WHO report, along with other reports and publications, provided information on ways to reduce the formation of the chemical in processed foods. For example, the European Food Industry reported a possible 30 to 49 per cent reduction of acrylamide formation in potato chips by introducing adjustments to chip processing. Significant reduction was also reported by process optimization of crisp bread production. Other suggestions and investigations included reduction or elimination of the amino acid asparagine from the formulation prior to exposing the food to the heat treatment. Experiments in food models at that time have shown success by the use of an enzyme asparaginase which will selectively remove the amino acid from the food materials.

Since the last Technical Talk on acrylamide in 2005 many developments have taken place to reduce this chemical in food processing. Agencies like the Confederation of Food and Drink Industries of the EU have intensified their research efforts in order to provide guidelines to processors meant to reduce acrylamide formation by modifying the processing parameters. However, through this research, it was discovered that an intricate relationship exists between the formation of acrylamide during the Maillard reaction and flavour development. Reducing acrylamide by controlling processing parameters means a reduction in flavour development. Other suggestions to reduce acrylamide include reformulation and change of the acidity of the food product. However, reformulation could possibly change the organoleptic profile of the product, which will require consumer acceptance evaluations and substantial R&D efforts. Other researchers suggest the addition of compounds to foods prior to processing that will interfere with the production of acrylamide. For example, inclusion of citric acid at a level of 0.39 per cent and glycine at the level of 0.39 per cent was found to reduce acrylamide formation by 40 per cent with minimal effect on the volatile flavour development in potato cakes. Other research from China looks at bamboo leaf extracts as additives to reduce acrylamide in chips and fries. The report indicates that immersion of fries in solutions containing these antioxidant extracts prior to frying allows their penetration into the potato matrix and prevents the formation of acrylamide. Other studies have indicated that immersion of fries into a solution of some common ingredients such as l-cysteine, sodium bisulphide, calcium chloride as well as catechin and ferulic acid inhibits the formation of acrylamide. Of these ingredients the most promising for large-scale manufacturing is calcium chloride. Table salt (sodium chloride) was also suggested as playing a role in the reduction by polymerizing the acrylamide, i.e., changing its form. However, with so many in the industry moving towards salt reduction this option is not viable. Patented technologies of applying different compounds to foods to prevent the formation of acrylamide have also emerged. A U.S. patent issued in 2007 uses a dry alkaline protein mixture and claims the process will minimize acrylamide formation. Another U.S. patent issued in 2008 uses various cyclodextrins to prevent the formation of acrylamide. However, the most promising solution comes from the commercialization of the enzyme asparaginase which converts free asparagine into aspartic acid that does not form acrylamide during food processing. Two major enzyme companies have introduced enzymes into the market under different trade names. The DSM enzyme which comes from Aspergillus niger with the trade name “Preventase” and Novozymes with “Acrylaway” derived from Aspergillus oryzae. A number of compounds and ingredients are claiming to provide the solution for the acrylamide problem. However, careful consideration should be given before we start using these solutions in food products. We need to make sure they actually work and their function is not affected by the variability of our processing parameters. We also need to know the regulatory status of these ingredients both in Canada and in the countries we intend to export to.

Further research explores storage method and duration impact on acrylamide formation. Research data indicates that concentrations of acrylamide in precooked battered protein foods increases with storage to almost double the original amount when air is present in the package.

Researchers also focused on the development of crop varieties that are less likely to result in formation of the acrylamide when processed into foods. These include the varieties with low asparagine content. The environment in which the crop is grown can also impact acrylamide formation: for instance, changes in the soil conditions from region to region. The soil composition affects the protein levels as well as the corresponding amino acid profile and may increase or reduce the amount of asparagine in the protein of a particular crop.

Researchers continue to explore acrylamide’s connection to human health, especially its carcinogenic properties. Some researchers indicate a positive association of acrylamide and breast cancer based on epidemiological studies. Other researchers found no evidence of acrylamide links to cancer and specifically colorectal cancer. The research data on the link between acrylamide in our diet and cancer are very scanty and not sufficient to really draw any definite conclusions. However, we should continue our efforts to find ways in reducing or eliminating this unwanted and possibly harmful compound from our foods.

As more data become available on this issue, concerns over the presence of acrylamide in foods will resurface from time to time. In the meantime, the food industry should be looking into additional ways to prevent the formation of this chemical in food products.

Funding for this report was provided in part by Agriculture and Agri-Food Canada through the Agricultural Adaptation Council’s CanAdvance Program.