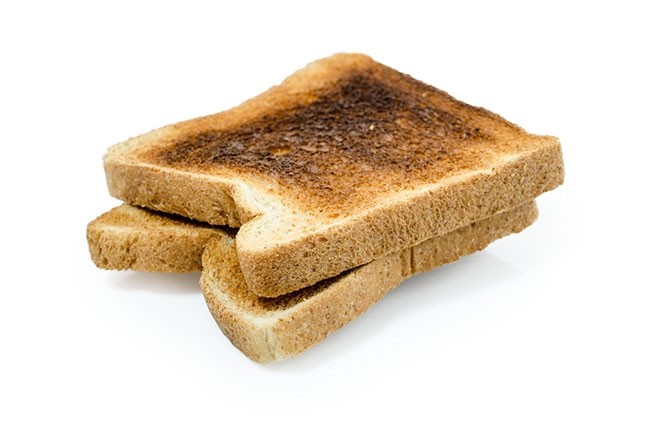 The jury is out on whether it causes cancer, but acrylamide should still be reduced if not outright eliminated from baked goods.

An update on the troublesome chemical compound known as acrylamide

The first report of the presence of acrylamide in processed foods came out in April 2002 when the Swedish National Food Administration and Stockholm University reported its presence in a variety of fried and oven-baked goods. This report indicated that the formation of acrylamide is associated with high-temperature cooking processes of certain foods containing high amounts of carbohydrates. Prior to these Swedish discoveries, health concerns associated with acrylamide centred on workers exposed to acrylamide in their work environment or people exposed to cigarette smoke.

More than 12 years since the first findings, many reports have summarized issues relating to acrylamide in foods. A comprehensive report by the joint FAO/WHO Expert Committee on Food Additives published in February 2005 looked at studies on its toxicity, the process of its formation in food products and possible ways to reduce its presence in such foods. In this report, the findings indicate that trace amounts of acrylamide are formed during boiling (100 C) but the majority of the compound is formed when the temperature of the food reaches 120 C or higher. The chemical is most likely to accumulate during the final stages of baking, frying or grilling. It’s prominent in foods containing high amounts of carbohydrates and low protein, and it’s associated with Maillard reactions, which are responsible for the browning of foods.

More specifically, acrylamide is formed by the reaction of the amino acid asparagine with simple carbohydrates such as sugar during the exposure of the food to heat. Other factors contributing to its formation and increased levels include variations of cooking times and temperatures to which foods are exposed during processing. Asparagine is found in many food commodities but is particularly high in potatoes and cereals.

A report by the U.S. National Toxicology Program (NTP) released on Aug. 13, 2012, concluded that acrylamide causes cancer in several different tissues in laboratory mice and rats. The report confirms that acrylamide is present in several carbohydrate-rich foods that have been fried, roasted or baked at high temperatures (>120 C). These include potato chips, French fries, cookies, crisp bread and crackers and coffee (ready to drink) with contents ranging from three to 1,202 ppb of acrylamide.

However, reviews of many research projects by global regulatory agencies reveal that while a significant amount of acrylamide intake has been found to produce cancer in laboratory animals, scientists have not conclusively determined if these findings are relevant to humans. Indeed, many epidemiologic studies looking into different types of cancer—such as prostate, breast, brain, lung, colorectal and bladder—did not find any conclusive evidence that dietary acrylamide increases the risk of  the formation of such cancers.

In a study conducted in 2009, the National Food Institute in Denmark found a slight correlation between breast cancer and dietary acrylamide intake but concluded that more extensive research is needed to conclusively interpret these findings. Further research findings are likely to provide the scientific basis needed for regulatory and dietary recommendations of this chemical compound in foods. For the time being, the U.S. Food and Drug Administration, Health Canada, the World Health Organization and others recommend a balanced diet—including high-fiber grains, fruits and vegetables and foods that are low in trans fats and saturated fats—as the best way to prevent cancer and other illnesses.

While the results of linking dietary acrylamide to human cancers and other health issues are inconclusive, food and ingredient manufacturers, governments as well as other scientific bodies continue to investigate ways to minimize or prevent the formation of this compound in process foods.

Food and Drink Europe developed a toolbox containing 14 different parameters (tools) to help food producers in their efforts to reduce the formation of acrylamide in foods. The toolbox is divided into four compartments dealing with agronomic factors, formulation, processing and final preparation (instructions by manufacturers to consumer).

One way to reduce the formation of acrylamide in processed foods is to reduce or eliminate the presence of the amino acid asparagine prior to exposing the food to the heat treatment. Reduction or elimination of asparagine can be achieved by using the enzyme asparginase, which converts the amino acid into aspartic acid and does not result in the formation of Acrylamide. This enzyme, however, might be difficult to be applied to solid foods. The enzyme is mainly produced by fermentation of two different species of the fungus aspergillus and is now commercially available from two major enzyme manufacturers under two different trade names: Preventase from DSM and Acrylaway from Novozymes.

Since the introduction of these enzymes in the market, new and improved ones have been developed that can withstand the temperatures of food processing. For example, Novozymes has introduced Acrylaway High T, which is stable and active in foods that are exposed to very high temperatures during processing.

Many other possible prevention techniques have been suggested, including the use of various compounds in the formulations or as coatings and immersion media. However, one must be careful in introducing such compounds in a formulation due to possible changes in the organoleptic and other qualities of the final product.

Discovering new ways to minimally process (by reducing the time and high-temperature exposure) foods that are safe for human consumption will help deal with this issue as it will also reduce the damage heat can cause to healthful and nutritional components such as vitamins and other antioxidants. On the agronomic front, attempts are being made to develop varieties of crops that contain reduced amounts of asparagine.

As more data becomes available, the issue and concerns of the presence of acrylamide in foods will resurface from time to time. In the meantime, the food industry should look into additional ways to prevent the formation of this chemical in foods, thereby ensuring the safety of their products and readying themselves for future regulatory changes.