Learn more about reducing carcinogens in your bakery 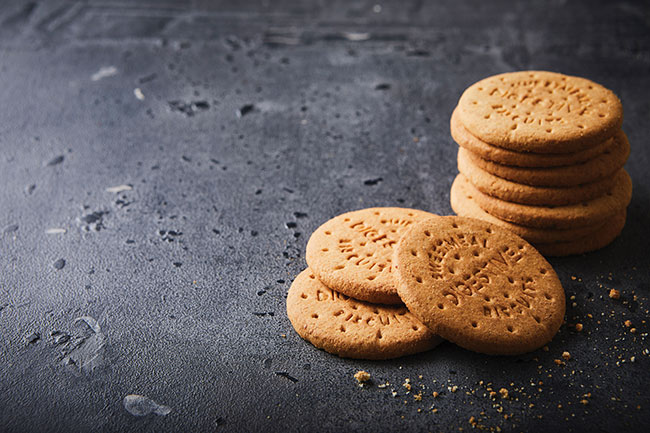 Children’s daily diets of carbohydrate-rich foods, such as cookies, can subject them to an elevated exposure level. Photo credit: Kerry Group

Acrylamide is a carcinogenic substance found in many different foods, including breads, biscuits, crackers, rolls, and coffee. It was initially discovered in food in 2002. As it turns out, carbohydrate-rich ingredients among them, grains and rice, contain an amino acid called asparagine that converts to the carcinogen when the products are baked, toasted, roasted, or fried above 120°C. The longer the cooking time, the more acrylamide is formed.

That last, vital point is the reason many government health agencies around the world have initiated consumer and restaurant education campaigns advising the public not to toast bread or French fries too dark. The difference in acrylamide levels can be stark: sliced bread toasted to a dark colour can have up to nine times more acrylamide than lighter toast. These concerns are what eventually led health authorities to persuade consumers and restaurants to keep their toast and fried goods a light golden colour.

Children ingest 2X as much acrylamide daily
Children are especially vulnerable to acrylamide. Their daily diets of carbohydrate-rich foods such as, cookies, cereals, bread and toast subject them to an elevated exposure level. Health Canada’s research of the acrylamide content of many Canadian foods and the daily exposure of different age groups found that (on a per kilogram bodyweight basis) children aged 1–9 ingest more than twice as much acrylamide each day as adults.

Acrylamide has long been known not only as a cancer threat, but also as a confirmed neurotoxin that can have a significant effect on neurological function and development. Fortunately, neurological symptoms gradually dissipate once ingestion is halted.

International regulatory response for children
The acrylamide issue is a global one, it is receiving increasing notice. Europe set target levels for acrylamide content in various foods, and has the most advanced regulatory management currently in place. Likewise, since the early 1990’s California has governed acrylamide content in foods and beverages through its Proposition 65 consumer protection legislation, resulting in substantial recent penalties for American food producers.

In November 2019, the EU expanded its regulations by adding new food groups and products to the list for acrylamide monitoring. Of particular concern are children’s cookies, cereals, crackers, bread and toast, leading to a call for maximum allowable limits in such foods. New York and Washington, are poised to enact versions of Proposition 65. The International Agency for Cancer Research (IARC) designated acrylamide research a “high priority” for the next five years.

Asking consumers and restaurant cooks to change their cooking habits is a formidable challenge. A better solution is dealing with acrylamide at the source during the food manufacturing process. Unfortunately, manufacturing changes such as lower cooking temperatures, different processing methods, etc. have had limited success. The most promising change involves ensuring the asparagine is consumed at the pre-manufacturing stage. This is accomplished through asparaginase, an enzyme that breaks down asparagine before it converts to acrylamide in the cooking process, resulting in significant reductions in end-product levels. This enzyme, while available commercially in product form, does have some consistency challenges. Listing the chemical-sounding name “asparaginase” as an ingredient is not clean-label-friendly, though many yeast solution providers may contain asparaginase for baking applications.

Food manufacturers that produce products for kids — or adult foods that might be eaten by children — need to work proactively to reduce the acrylamide content in their products. Inevitably, the alternative will be government intervention to ensure the threat posed by acrylamide to both children and adults is squarely addressed.