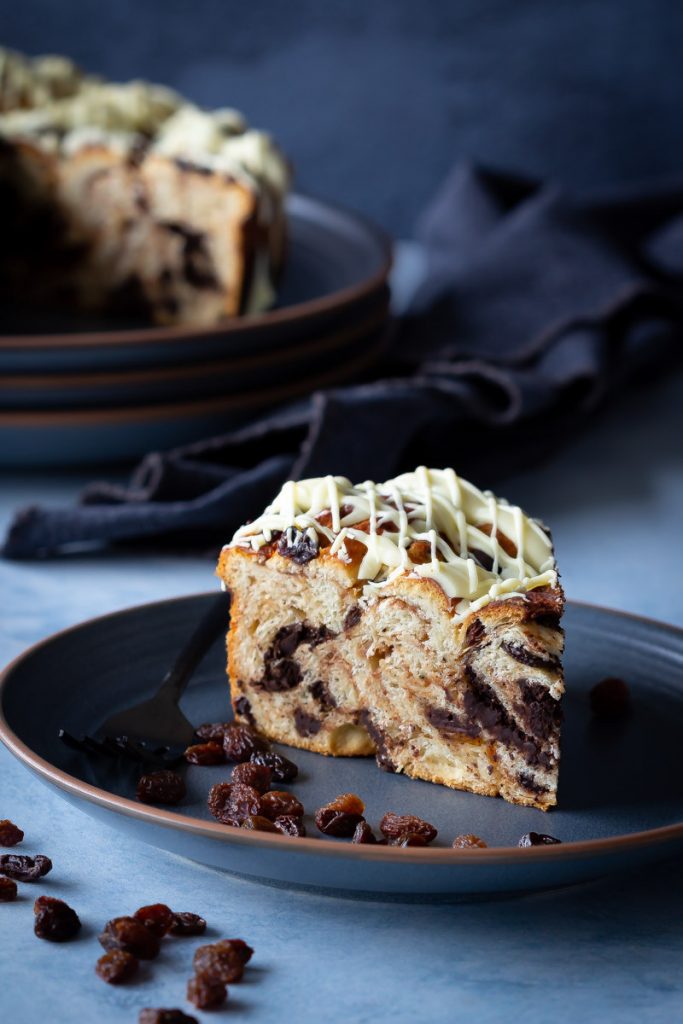 Open to student and professional bakers, the contest consisted of two categories – Raisin Bread and Raisin Pastry – and two phases. In the first recipe competition period, contest judges selected three finalists in each category based on use of California raisins, creativity and uniqueness, as well as marketability.

The RAC announced as Aishwarya Subash and Jennifer McConnell as the winners.

Aishwarya Subash, an Advanced French Patisserie Program student at George Brown College, is awarded first place in the Raisin Pastry category for her creation, La Tarte Garibaldi: A multi-layered twist on the classic biscuit with a vanilla shortbread tart base, followed by a dark raisin compote, a rum mousse, a vanilla and golden raisin ganache montée, and freeze-dried raisins for added texture.

For phase two of the contest, the six finalists were scheduled to prepare their recipes for a panel of industry judges at the Baking Association of Canada’s Bakery Showcase in Toronto, Ontario. Given current travel restrictions, the two winners were judged and selected remotely based on the original recipes submitted and will receive a trip to California and a study tour at the Culinary Institute of America in 2021.

“We are impressed with what Canadian bakers have created using California raisins,” says Tim Kenny, vice president of marketing, RAC in a press release. “California raisins are a versatile, naturally sweet superfood dried under the warm California sunshine, with no added sugar, making it a better sweet ingredient for baking. Whether you’re an established baker, or a student learning your way around a commercial kitchen, we hope this inspires you to introduce some California raisin sunshine into your baking.”

Bakers Journal readers will be able to savour both recipes in the 2021 Bakers Journal Recipe Book, due out during the summer 2021.