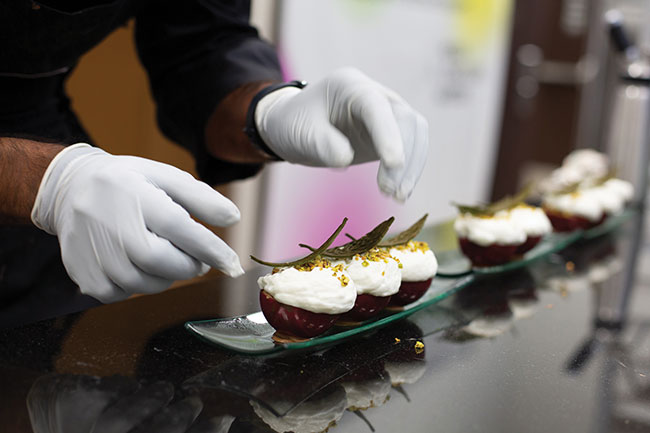 Talk with Nishant Amin for 10 minutes and it’s easy to believe he could become the World Chocolate Master. The 26-year-old pastry chef, who has this goal, is creative, detail minded, hardworking and determined.

Amin also has strength from an unexpected source: Type 1 diabetes. The young chef was diagnosed at age 15 with the disease in which your body can’t produce insulin or can’t properly use the insulin it produces. Diabetes taught him to be patient and careful.

That patience, along with well-honed skills and a mind that finds inspiration everywhere, earned the pastry chef the title of Canadian Chocolate Master at a divisional competition at the Chocolate Academy in Montreal in October.

“If you’re not careful it can get messy very fast,” says Amin, who has been a pastry chef at Richmond Station in Toronto since 2018.

Amin earned the title in competition with four finalists in October 2021. He will represent Canada at the Cacao Barry World Chocolate Masters final in Paris in October 2022. 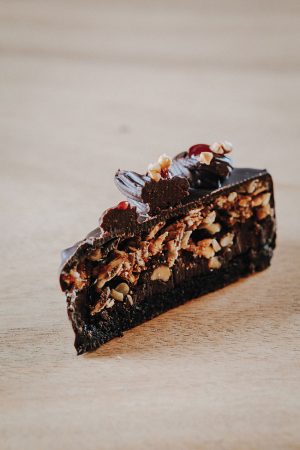 Amin is especially proud of his Power Trail Mix recipe, which brings out a hint of flowers, balanced with the sweetness of maple, dates, buckwheat and oats. Photo: Cacao Barry World Chocolate Masters

The theme of the Canadian competition was “Tomorrow” and how we see the world, he says. Competitors were required to make a fresh patisserie, a showpiece, a bonbon and a snack.

He describes his patisserie entry: “The subtle acidity of cherry jelly combined with the nuttiness of pistachios. Madirofolo 65%, to give it an incredible richness and a light ricotta foam with cardamom tuile to finish it off in one multi-layered snack.”

Amin’s “Hope” bonbon combined strawberry and baco noir with Espelette pepper and Cacao Barry Inaya dark chocolate. It is encased in a dark chocolate shell. He describes it as sweet and sour with a pinch of heat. He was inspired after encountering a random blooming strawberry during a long hike.

Amin belongs to a non-profit group called “I Challenge Diabetes” that organizes experiential education and adventures, such as hikes, for people with Type 1 Diabetes to help them build skills and confidence. He is especially proud of his Power Trail Mix recipe. Nutty with lots of seeds and Fleur de Cao, it brings out a hint of flowers, balanced with the sweetness of maple, dates, buckwheat and oats.

Competitors were asked to make a fully plant-based snack. “That’s something I really wanted to do for a long time. I wanted to have something new to take on hikes.” He came up with a bar of three layers: plant-based brownie, Ontario peanuts in dark chocolate ganache, and trail mix with oats, sunflower seeds, peanut butter. “It’s a good balance of fibre and carbs,” he says. “Your sugars won’t spike as quickly.”

“Chocolate is the most versatile ingredient in the world,” he says. “Just imagine it and you can make it. It can be intense, technical, but also really fun.”

With only eight hours to produce four assignments, time management and organization come into play. “You have three hours to prep then every hour you present an assignment.”

Amin is grateful to have Shidomi in his corner: “I wanted to enter the competition but I needed somebody to guide me through it. Someone to give me an honest critique. You have to go exactly by the rules and have someone telling you that you’re on pace and doing things correctly. Sergio taught me a lot of things about this industry, I met a lot of people, I saw how this chocolate world worked.”

Amin started daily training two to three months ahead of the competition: four days at Le Dolci bakery, his former employer, and three days of outside training and practice. His current employer, Richmond Station, an acclaimed restaurant in downtown Toronto owned by chefs Carl Heinrich and Ryan Donovan, is very supportive of his quest, publicizing it on the restaurant’s website.

Amin’s professional roots are in hospitality. He grew up in India and earned a bachelor’s degree in hospitality and hotel administration in Mumbai at the Institute of Hotel Management, Catering Technology and Applied Nutrition. Amin wasn’t sure about working in the kitchen and at first thought of focusing on housekeeping. He enjoyed the high level of attention to detail required for great service.

He sees housekeeping, dishwashers and all employees as part of a team. “It’s about everyone who comes and makes hospitality. It’s not just one person. Hospitality school was a great experience. You learn everything. Those are all skills you need.”

As a child Amin picked up the skill of making things and knowing which elements to add simply by being around his mother and aunt. Both parents worked outside the home, so he learned how to make food for himself.

“I first wanted to be a savoury chef, then I was intrigued by bread and chocolate in the last semester of school,” he says.

“I was scared at first having to deal with a lot of sugar and desserts. It’s about managing it. Your body keeps changing day by day. But I felt this is something I can do to inspire people.”

He came to Canada to attend George Brown College and after graduating did stints as a baker at Le Dolci and Sud Forno, a chocolatier at Chocolates X Brandon Olsen and a chocolatier supervisor at the Nestle KitKat Chocolatory.

He now works as pastry chef at Richmond Station in Toronto, where his specialization is using fruits and vegetables in his breads, pastries and occasional chocolate creations.

Amin especially loves experimenting with sourdoughs. He sees a strong parallel between managing his diabetes and making a successful sourdough. “Managing diabetes is about managing your high and low sugars. It’s the same with bread. There is no such thing as bad bread. There is good bread and very good bread and it’s the same with sugars. Your life has some highs and lows, but you have to be patient and hope that, like good sourdough, it will rise. The more patient you are, the better it will be.”

Chocolate Academy Centre in Montreal will host an immersive World Chocolate Master bootcamp for all finalists in March 2022. Over three days, they will get to know one another, attend inspirational sessions to help prepare them for the finals in October.

The road to Paris will see a lot of discipline and practice every day and significant expenses. Amin has undertaken a fundraising project: he’s created a signature box of chocolates in three flavours: honey rosemary, sage brown butter and salted caramel. He’s also working with another local restaurant on a collection inspired by the flavours of Mumbai.

The chef has reached out to friends on social media to raise funds to help cover his costs and allow him to focus on training free from worry about travel, accommodation and medical expenses such as insulin and insulin pump supplies and costly glucose monitoring systems.

Amin learned from competing that having limitations placed on you sparks creativity and that idea spawned his future plans. “Five years from now I want to have a bread bakery, small chocolate shop and pastry shop. I have people working with me making things they like, not what I want them to do.”

You can help cover Amin’s costs by donating to his “World Chocolate Masters – Paris 2022” page at http://www.gofundme.com.