With winter here and Valentine’s Day looming, now’s the time to take chocolate to the next level 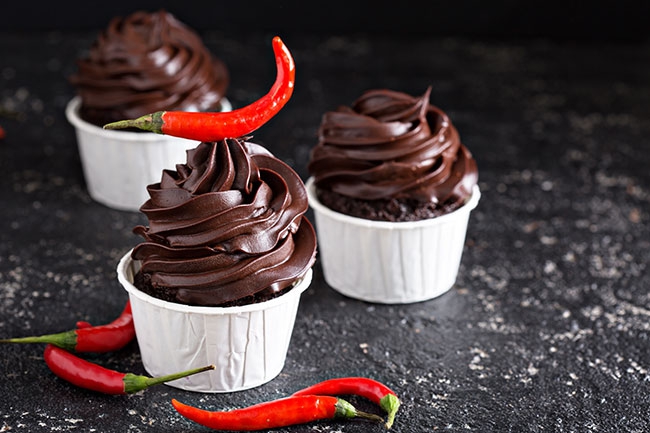 Sweets carry year-round appeal, but customer cravings still have seasonality. A survey of 1,000 consumers found that their chocolate cravings really kick in during winter. And, in fact, the desire to cozy up with all things cocoa only seems to be growing: “Chocolate’s not only the No. 1 flavour on dessert menus, but it’s also risen 7 per cent over the past four years,” says Jana Mann, senior director of menu research at food industry research firm Datassential.

Appealing to chocolate-minded bakery customers takes more than simply adding another fudge cake to the lineup, though. “More and more, people are interested in trying something that’s approachable but exciting,” says Katherine Duncan, founder of Katherine Anne Confections and a chocolate consultant in Chicago. “They’re looking for something beyond the chocolate chip muffin.” At Hello Robin in Seattle, Washington, the yearn for something slightly different is satisfied by an array of creative and unexpected chocolate cookies: orange habanero with semisweet chocolate, white chocolate and sprinkles, whole wheat with dark chocolate and sea salt, and a spiced Mexican chocolate meringue.

“Not every person loves everything,” says owner Robin Wehl Martin. “We had one kid try an orange habanero chocolate cookie and ask, ‘Is this a joke? Did somebody pepper my cookie?’” But customers do appreciate the diverse offerings.

Bold diners gravitate toward spice, nostalgic customers love sprinkles, and chocoholics want to experiment and try something new, she says. “Everyone starts with the chocolate chip cookie, and then it’s like, ‘What’s next?’”

Where There’s Smoke …
The big question today isn’t milk vs. dark, it’s: How far toward savory can you push baked goods while staying sweet? Customer curiosity is no longer piqued by the mere idea of salt with chocolate, so more shops are highlighting different varietals, like Maldon or black lava sea salt, and they’re using different colored salts for visual appeal, Duncan says.

Likewise, Mexican hot chocolate, with its signature blend of cinnamon and cayenne, has moved mainstream. “Cayenne is delicious, but it’s no longer as interesting for customers looking for fun variations,” Duncan says. “Now, you see more people smoking ghost peppers and different chilies, and pairing that
with chocolate.”

Smoke is another trend that suddenly seems to be everywhere, including all over the menu at Hot Cakes, also in Seattle. The bakery’s signature chocolate molten cake served in mason jars draws crowds, but it’s the variety that keeps customers coming back for more, says owner Autumn Martin. In addition to dark chocolate, milk chocolate and vegan molten cakes, customers can pick from a black and tan cake—milk and dark chocolate, served with stout caramel sauce—or a s’mores cake made with smoked chocolate, roasted marshmallows, housemade graham crackers and smoked caramel sauce.

“I approach developing flavors without any boundaries,” Martin says. “Instead of starting from a place of dessert, I think a lot about the savory world and what savory combinations I enjoy, and then I just try them with chocolate.”

Don’t think you have to break out the pans to test an idea. Martin recommends simply eating a square of chocolate with the savory item to see if the combo has merit. Those test bites helped her pursue bakery pairings with white sage, salty olives and preserved lemons. They also helped her veto sweet potato and white chocolate (“not exciting enough”) without having to invest ingredients or kitchen time in test runs.

Step Into the White
Often dismissed by bakers and chocolate fans alike, white chocolate has recently made inroads. “Chefs are starting to use white chocolate in new ways, like roasting it over low and slow heat until its sugar caramelizes, then whipping it into a mousse, baking it into pastries or drizzling it on top of desserts,” Mann says.

In a recent survey, she explains, nearly half of operators now see white chocolate as a long-term trend, and the same number of consumers view white chocolate as innovative and adventurous. The trick to making baked goods with white chocolate and having them actually taste like chocolate is to opt for high-quality ingredients, Duncan says. “Most manufacturers take out the cocoa butter and put in vegetable fat instead. The product’s more stable, but consumers can taste that it’s not as delicious.”

Kate Rockwood is a freelance food and business writer in Chicago. This article originally appeared in the winter 2017 issue of Dawn Foods’ Batter Up magazine.