Features Business and Operations Marketing
Which pie is the most popular in Canada? 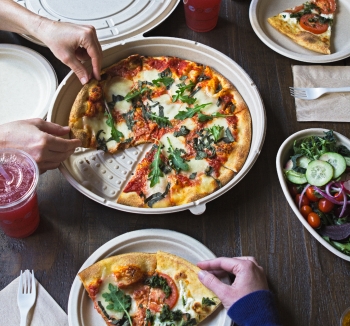 The first recognized celebration was held in 1988 at the San Francisco Exploratorium. Physicist Larry Shaw had the idea to celebrate the day by marching around a circle and then eating both savoury and sweet pies. While marching around in a circle may not be everyone’s slice of pie, most can agree on how fun it is to eat one. The question is: Which pie is the most popular?

10 per cent of Canadians favour blueberry pie, but in British Columbia, 14 per cent prefer that flavour.

8 per cent of Canadians are more likely to prefer cherry pie, and provincially, cherry is the most popular flavour in Alberta.

Nationally, 25 per cent of Canadians prefer a savoury pie to a sweet one, but Alberta has the highest percentage of chicken pot pie lovers, at 38 per cent.

Quebecers are also the most likely to enjoy ice cream with their sweet pie. The survey observed Quebec at 59 per cent against 51 per cent nationally)

The survey also noted that Ontarians are the most likely to add hot sauce to their savoury pie. Of course, no survey would be complete without a look into North America’s most popular savoury pie: The pizza.

In 2013 business analyst Brian Roemmele  researched point-of-sale data from 604 pizza locations across the United States to determine the most popular toppings.

Below are some examples of Canada’s specialty pies you should try from each of our provinces: