What to expect as the baking industry gathers in Montreal 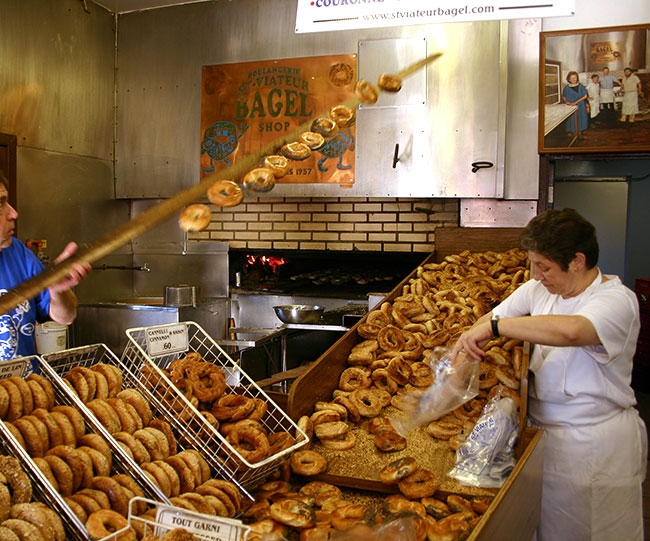 Got your flights and hotel rooms booked? Got your taste buds primed for action? Good, because once again it’s time for Bakery Congress – Quebec style.

This year, Montreal is the setting for the baking industry’s regional trade show. The 2013 edition (the show is held every other year) took place in Vancouver.

More than 43,000 square feet of exhibit space at Palais des congrès de Montréal will be devoted to all things baking. Equipment, services, ingredients, software, training and educational resources… you name it, it’ll be there. But more importantly, key players within the industry will be there. The Baking Association of Canada (BAC) reports that more than 75 per cent of past Bakery Congress attendees “had a role in the purchasing decisions for their company.”

The 2013 Congress drew some 1,500 attendees, and this year’s event could easily top that given its closer proximity to eastern urban centres such as Toronto and New York. Plus, it’s been four years since Bakery Congress was last held in Montreal, which is widely regarded as one of the continent’s epicurean capitals, so interest will be high and exhibition space will be at a premium.

One of the exhibitors, Quebec-based ingredient supplier and distributor Rudolph 2000, has been displaying its wares at Bakery Congress ever since the event returned to Montreal eight years ago. Company president, Ron Létourneau, will be there and says he’s most looking forward to meeting and talking to clients. He says the company’s presence at Congress will focus on chocolate, with flavouring, mixes and general bakery solutions also receiving emphasis.

“These are products that aren’t normally associated with us,” he says. “It’s a good way to show people we do more than just flour.”

Létourneau says Rudolph is still working on promotional ideas for its booth, but that the company plans to have some sort of contest.

“We’ll have lots of technical people on staff to answer questions,” he says. The company’s goals for the show include “product awareness and meeting a wide variety of clients in a very short amount of time.”

St-Viateur Bagel & Café, a mainstay of the Montreal baking scene.

An Ideal Setting
There should be no shortage of potential clients at Bakery Congress, as the location alone should be a huge draw. Rudolph has a location in the city and Létourneau said it’s an ideal setting for a gathering of the baking industry.

“Montreal has always been a culinary centre in Canada,” Létourneau says. “It’s good for people to come and visit and see the different bakery shops in the area.”

He urges first-time visitors to the city to soak up everything on offer – at the show, and outside as well.

“First of all, look at the conferences offered by the show,” he says. “They’re always very topical. If you get a chance to get out, it’s downtown and there are many high-end restaurants bakeries, etc., to visit.”

In late March, the BAC reported that 95 per cent of the Bakery Congress exhibition space had already been booked, and the organization expected the event to sell out. So, if you’re reading this, it’s probably too late to secure space for a booth, but that doesn’t mean you shouldn’t attend, says BAC president Paul Hetherington.

“Montreal is one of the premier cities in North America, if not world,” he says. “It’s a wonderful combination of cultures, with a strong French influence, and the food climate is marvelous. The bakers in the province are part of that culture, a cornerstone of that culture.”

Hetherington says the conference program for this year’s Congress has been revamped with additional focus on the distinct Quebecois bakery market.

“We’re looking at expanding the impact of the event. It’s our third time in Montreal. We’re looking to work with local artisan bakers that meets their needs,” he says.

“However, Quebec isn’t an island. There are influences from around the world and we want to bring those in, but also focus on unique regional aspects that the Quebec market has.”

“Baking is a mature industry,” Hetherington says. “The industry is responding to consumers who are demanding innovative products in the area of tantalizing taste buds, but also healthy, nutritious products. We are traditional but also need to be innovative. Attendees should be looking for innovative products, services or pieces of equipment that will allow them to meet their goals of keeping on the cusp of what consumers want.”

Like Létourneau, Hetherington urges Bakery Congress visitors, especially first-timers, to get out of the exhibition hall if possible and soak up the sights, smells and tastes of Montreal.

“It’s a marvelous place,” he says. “The food community is always changing. It is one of the great cities.”