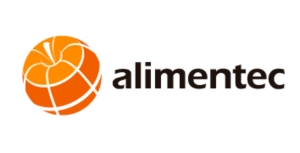 From the 5th to the 8th of June 2018, the nutrition and food service show, Alimentec is opening its gates for the 10th time in Bogota, and celebrates its success with record international participation.

The trade show reports that there was a 40 per cent increase in exhibitors from last year. Among this year’s participating market players are Unilever, Rational, Winterhalter, Scandic, Mondial Foods, Emco, Instanta and Lamex. The successful partnership of Koelnmesse and the Colombian trade fair company Corferias de Bogotá is going into the second round with this year’s Alimentec.

“The continuing growth and interest from abroad reinforces the top position of Alimentec as the international industry meeting point and the most important trade platform for the nutrition and food service industry of the whole region”, emphasises Denis Steker, Vice President International of Koelnmesse, in a press release.

Alongside the international pavilions from Spain, Brazil, Turkey, the USA and Canada, Argentina, Peru, South Korea, Ecuador, Portugal, the Czech Republic and Indonesia, new countries like Denmark, Singapore, China, Cuba and Germany have also confirmed their participation. The event, which takes place every two years, thus convinces with a total of 18 country pavilions.

Due to increased interest from buyers and producers in the industry, the “Bakery, Pastry & Chocolate”segment will be presented in its own section for the first time for this year’s event. Alimentec trade visitors can also for the first time look forward to a future-oriented supporting programme focusing on innovations and networking.