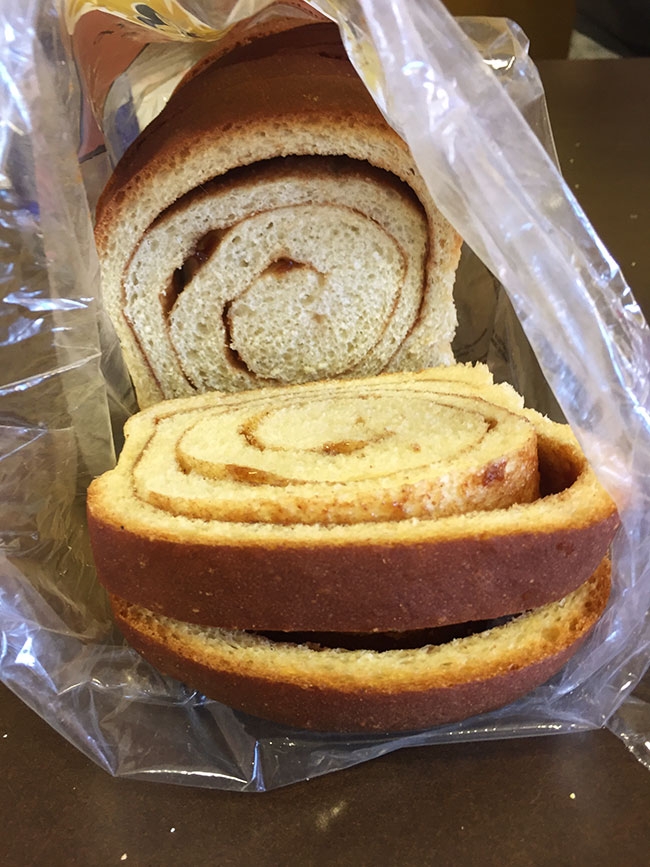 KUB Bakery was founded in 1923 and continues to produce breads using tried-and-true methods.

Some successful bakeries discover their winning formula early and manage to keep it through decades of time. KUB Bakery in Winnipeg is one such place.

Since 1923 KUB has been rolling out rye bread dough. Using traditional methods, KUB bakers have created an interesting and big-selling rye bread recipe that’s become one of their trademark items. The company is so confident in its work that it offers a replacement guarantee for anyone who might be unsatisfied with the results. Manager Lisa (nee Einfeld) Perkovic says that with a few adjustments, the company has been using the same rye bread recipe since its opening 94 years ago.

When baker Alex Kucher bought out his partners, the business became KUB, which stands for Kucher’s Ukrainian Bakery. The bakery was started by Alex Kucher, A. Andrychuk, N. Doskuch, and L. Stoyich, bakers from the Ukraine who immigrated to Canada. In 1982, the last of the original bakers, Alex Kucher’s son Bill Kucher, wanted to retire. He searched for just the right person to take over his business, and found a match in the Einfeld family, specifically Lisa’s father.

Perkovic says, “My dad and his brother were the bakers; it was a family operation. He already owned a couple of small bakeries and was the manager for the bakery at Safeway for a time.”

Perkovic and her brothers Jeff and Matthew are the latest generations of KUB owners and managers. In spite of a few changes in location and ownership, the name has endured. For Perkovic, her part in the legacy began sometime after 2000, when her father, also a baker in addition to owning several bakeries, decided it was time for retirement. Then Lisa and her two brothers took their turn.

While the younger generation does not bake the bread themselves, “We have excellent bakers who do that. We are better at the administration side of the business,” Perkovic says. The ovens are going night and day turning out the same recipe which was used in the beginning for the hearth-baked rye bread. At least two days a week require three shifts of bakers. A loaf (or dozens) can be baked in 1.5 hours in any of the local KUB kitchen locations. There have always been at least two stores in operation, and some years a third location. Jeff Perkovic is the company’s main salesman. He is responsible for cold calls to new stores. KUB also engages in social media campaigns, coupons, and special promotions.

In 2008, the main location on 66 Stella Street in Winnipeg caught fire. This set the company back a little until they could relocate the vital operations to their TransCanada trail location and find bakery space to lease on a temporary basis.

Perkovic says it took three years to transition to a new location. She and her brothers insisted on finding the most suitable piece of real estate while they waited for their insurance policy to pay out.

By 2011, KUB Bakery was restored and two full operations back in place. Today you will find KUB at 850 Erin Street and 1530 Regent Avenue in Winnipeg. At each location, you can find a small retail storefront. Though walk-in clients have decreased with time, there are still regulars who enjoy coming and selecting their baked goods on-site.

KUB Bakery was founded in 1923 and continues to produce breads using tried-and-true methods.

Three or four expert bakers are on hand during production to keep the end result consistent. Perkovic says competition is stiff for hearth-bread bakeries. “People do prefer a bread that is made by hand compared to manufacturing machines. There is nothing like a loaf of fresh baked bread. We like to use local products in our baking, as well as sourcing Manitoba ingredients. We are a Canadian made, artisanal bakery,” she explains.

If you are looking for a side of something sweet, not to worry. Kub pastries include danishes, turnovers, cookies, muffins, apple baskets, cinnamon loaf/buns, poppy-seed loaf/buns and other delights. KUB Bakery will ship wherever their goods are requested and have expanded to Minnesota and North Dakota through a distributor where there is high demand for artisanal, handmade bread.

Perkovic says competition among rye bread bakers is also stiff in Winnipeg. While larger-scale operations can turn it out in huge quantities, people can taste the difference between bread made by hand and that which has been mixed and baked by machine. The advantage that mega companies have over artisan bakeries is volume. As with any food product, baked goods made in great amounts can be sold – sometimes for less than a traditional bakery could afford. KUB feels that fresh is still the best, and local grocers agree.

With long-standing agreements, locals can find KUB goods for sale in Sobeys, Costco, Safeway, Food Fair, Co-Op and Save on Foods. Here the buns and cinnamon loaves are especially popular.

Along with grocery store partnerships, close to its centennial, Kub Bakery is well known within the city of Winnipeg and surrounding areas of Manitoba. Perkovic believes this is a definite boost to sales. Word of mouth is always a critical way to get people involved in a bakery, and KUB has a longstanding relationship within the community of Winnipeg. It is a proud supplier to the Winnipeg Arena for the National Hockey League Winnipeg Jets events, MTS Centre for the Manitoba Moose, and Shaw Park for the Winnipeg Goldeyes baseball team, where fans extoll the virtues of the Jumbo Dog for which KUB provides the extra-large buns. Each year KUB provides bulk orders for the Manitoba Homecoming and during wedding season.

The success of KUB is likely a matter of several factors, but for Perkovic the enjoyment of the product is the most important thing. She loves the onion bread and rye bread, and judging from the feedback of customers, so do they.