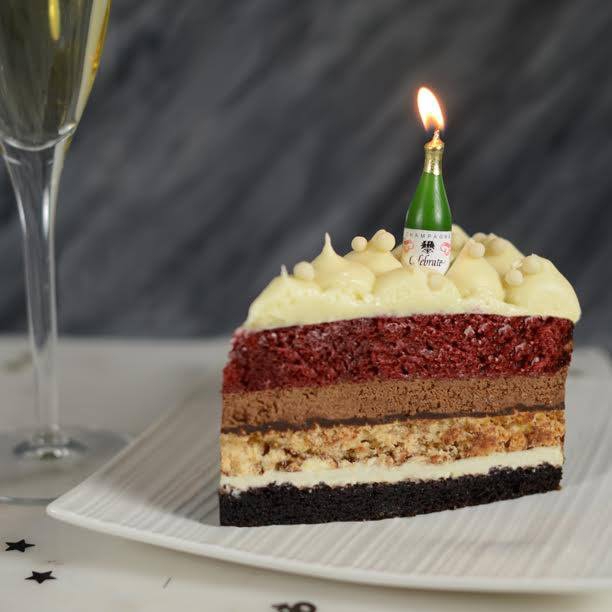 Richmond Hill, Ont. – Brothers Michael and Martin Givens, co-owners of La Rocca Creative Cakes in Richmond Hill, Ont. are commemorating 30 years of business with the creation of what they’re calling their Greatest Hits Cake, highlighting the company’s fan-favourites in one multi-layered dessert.

Profiled in Bakers Journal back in 2013, La Rocca opened its first bakery and retail location in 1986 in Woodbridge, Ont., and as demand grew they moved their current larger facility. The company’s inspiration came from the family’s original bakery established in the 1950s in Naples, Italy. Today La Rocca cakes can be found at hundreds of grocery and fine food shops across Canada.

“The essence of tradition is a main ingredient in La Rocca as a company. We have had the opportunity to celebrate our family’s passion for inspired desserts and recipes in Canada by opening our first bakery here 30 years ago,” said Michael Givens in a company release. “To honour the story of our beginnings and the many milestones between then and now, we wanted to design a special cake for our 30th celebration. The Greatest Hits Cake is a way to recognize our traditions and beginnings while still creating something new and remarkable.”

Playing on a celebratory music theme, the 30th anniversary Greatest Hits Cake was designed to be open-sided to showcase the colours and textures of La Rocca’s classic creations and is being made available through the Christmas 2016 holiday season.

The seven layers of the cake include: