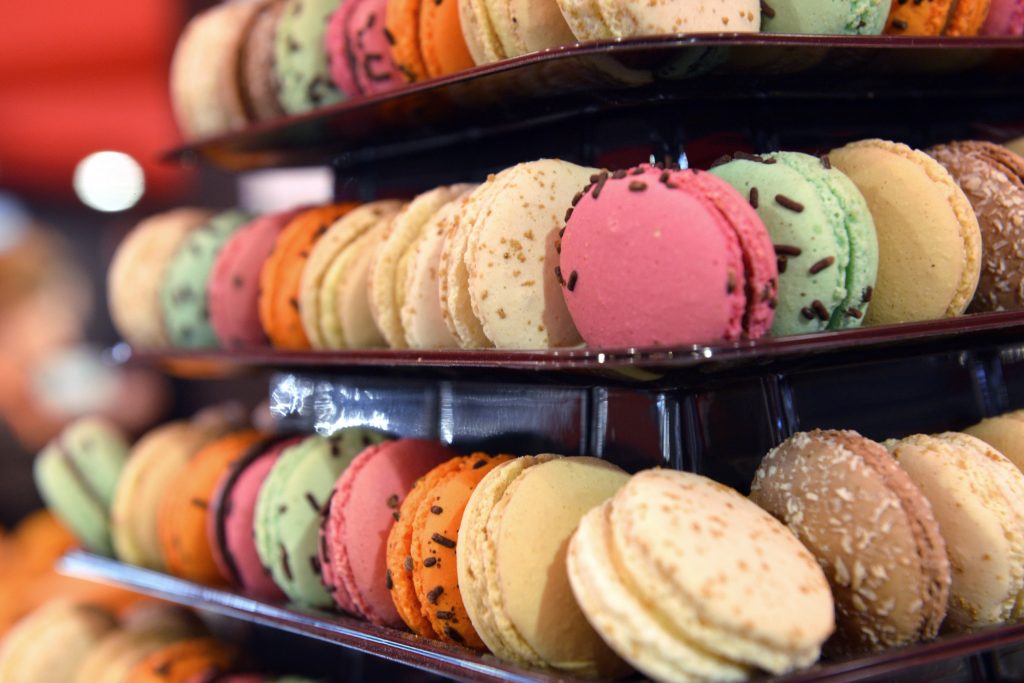 Paris – The Europain & Intersuc trade show is gearing up for its February kick-off with new dates, features and educational opportunities.

The upcoming show will run from Feb. 5-9, 2016 at the Paris-Nord Villepinte venue. Press information released by show organizers indicates that the earlier dates were set to accommodate the increasing number of international visitors and exhibitors. The 2014 Europain & Intersuc show featured 804 exhibitors and brands, and welcomed 79,950 attendees representing 138 countries.

There is a lot to explore that will be new for the 2016 show. The Bakery area has three new additions. The new Eat-in Bakery section focuses on product and equipment solutions specific to catering and snacking, while The Baker’s Restaurant will feature live demonstrations to address these two trends through themes such as ‘gluten-free snacking’, ‘snacking desserts’, and ‘recycling your unsold stock’. The Baker’s Restaurant will also stage the ‘Snacking Battles’ organized by La Toque Magazine. Contributors will include Xavier Sterke and Damien Pinon (MOF boulanger). Catering opportunities will focus on savoury items, such as sandwiches, salads and hot dishes. The Baker’s Lab has been created as a space to host full-days of interactive workshops, and esteemed contributors such as MOF Boulanger Philippe Hermenier will contribute to its stage.

For the first time, Intersuc will bring together professionals in the pastry, chocolate-making, ice-cream making and confectionery industries, and the professional associations in the respective trades who will offer support and advice. The new Intersuc Lab will house demonstrations on sweets, such as 3D printing with chocolate and gluten-free biscuits. Intersuc Lab will welcome in particular Samuel Covin (Maison Dalloyau, finalist MOF Chocolatier Confiseur 2015), Jérémy Del Val (Maison Dalloyau) and Nicolas Brie (Xavier Brignon Pastry) who will present the dessert that earned him the title of ‘Champion de France du Dessert 2015’, as well as instructors from National Institute of Bakery and Pastry.

The Festival Sens & Chocolat organised by PLANETGOUT will feature roundtables, demonstrations, workshops, tastings, and professional master classes on cocoa beans and grand cru of the world. This year, Venezuela will be the star country of the festival that will also present the International Prize for Grand cru chocolate bars and the ‘Design & Taste’ prize for chocolate bonbons in France.

Schools Street is a returning feature on the show, and is a section of exhibit space dedicated to national and international baking and pastry training programs.

Innovation is a big focus of Europain and there are many new products and services celebrated through the show’s innovation awards and Intersuc collections. New for this show, selected nominees will pitch their project with an oral presentation to the selection committee.

Three prestigious contests create plenty of excitement at Europain & Intersuc show. Twelve countries will vie for the Bakery World Cup. Team Canada earned its spot this year, and will be performing over four days in three categories: baguettes and bread of the world, viennoiserie and savoury pastry, and artistic creation. New for this year, roundtables and interviews will complement the contest by addressing current themes and developments in the bakery industry.

Also, the competition tests and set up will change in order to introduce even more excitement and to highlight creativity and improvisation, although details have not yet been released.

The French Schools Cup, now in its fifth year, will open up to overseas French training institutes for the first time. This year, the Excellence category will also feature a test on the ’caterer’ theme, with savoury creations compulsory.

Fifteen mixed teams distributed into two categories will compete against each other during five hours in a series of tests requiring a combination of technical mastery, precise movements, creativity and team work.

The International Confectionery Art Competition is the only mixed international ‘haute pastry’ contest in the world. Four days of tests, 20 hours of work, preparation of nine creations: such is the programme for the 16 mixed duos from all over the world. A jury composed of some of the best professionals in the pastry world will taste and judge the bonbons, sugar creations and desserts on a plate that will be on the menu for this top level contest.