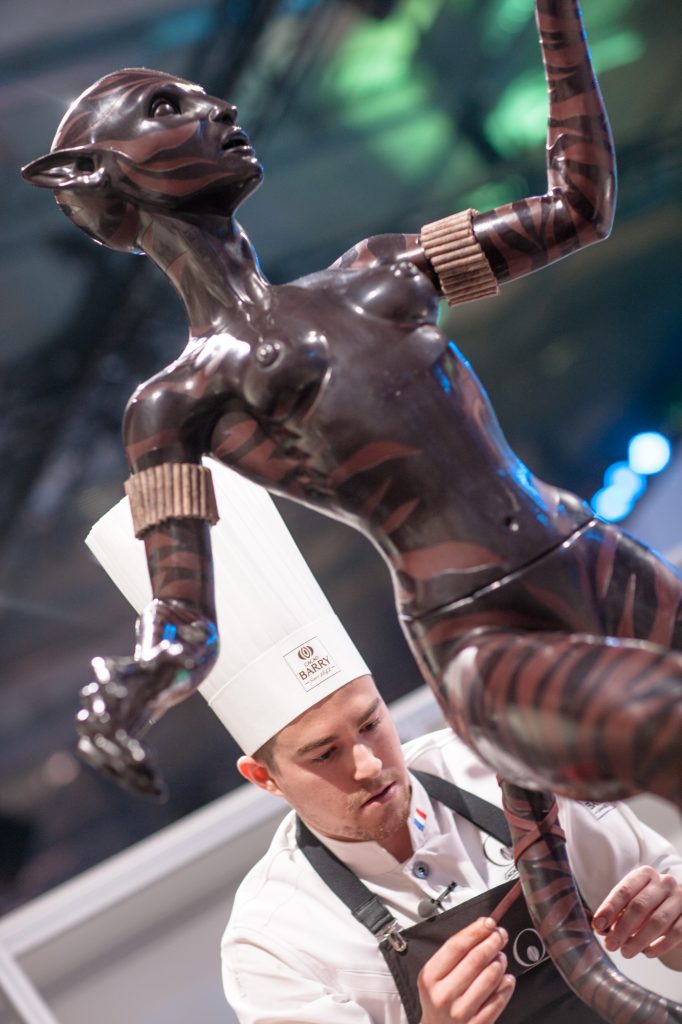 Montreal – Vincent Vallée from France was crowned World Chocolate Master in Paris at the Salon du Chocolat. For the next three years Vallée will wear the title of world’s best chocolate craftsman.

He gets the opportunity to visit a cocoa plantation and his work will be displayed in the renowned Harrods department store in London for a world exclusive sale during the Valentine’s Day campaign (starting Feb. 1). Hinashi Onobayashi from Japan and Marijn Coertjens from Belgium earned the silver and bronze medal. Canadian finalist Michaël Cotard just missed the top 10 final of the World Chocolate Masters.

“During the competition Vincent Vallée set a whole new standard for innovation and creativity,” said Jean-Michel Perruchon, president of the jury of renowned chefs and food specialists, in a news release. “The title of World Chocolate Master is a tribute to the skill, ingenuity and vision he has shown during the final.”

During the ceremony, the coveted ‘My Or Noir’-trophy, handed out by the separate Or Noir jury, was presented to Andrey Kanakin from Russia. He takes home 500 kilos of the signature chocolate he made.

The World Chocolate Masters is an initiative of Cacao Barry.