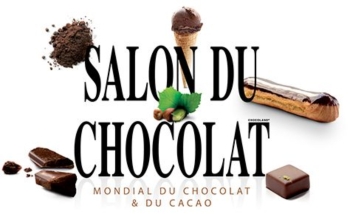 The World Chocolate Masters Final hosted by The Salon Du Chocolat returns to Paris, France between October 31 and November 4, 2018.

This initiative to create a world championship of chocolate artisans was by created Cacao Barry, to promote the talent of chocolatiers around the world. The theme of the competition, “Futuropolis”, will challenge the finalists to imagine what the future of chocolate gastronomy and patisserie will be like in the year 2025.

A professional jury of 20 members (one jury member per country participating in the world final) will evaluate the creations of each contestant. All jury members are leading experts in gastronomy – mostly working as head chef or consultant in a pastry or confectionery company, or in hospitality. Each of the jury members has to evaluate and score the performance of all contestants, yet they cannot give marks to the contestant representing his/her own country.

For the third round only the ten finalists with the highest tallied score between rounds 1 and 2 will be selected.

All scores given are monitored by the committee of Jury Presidents. They have the right to ask a jury member to justify his/her score – and to review/re-asses in case of irregularities. The contestant that obtains the highest total score will be awarded the title of ‘World Chocolate Master’. Second and third place winners will also be announced based on 2nd highest and 3d highest scores respectively.

The event will be live-streamed: www.worldchocolatemasters.com