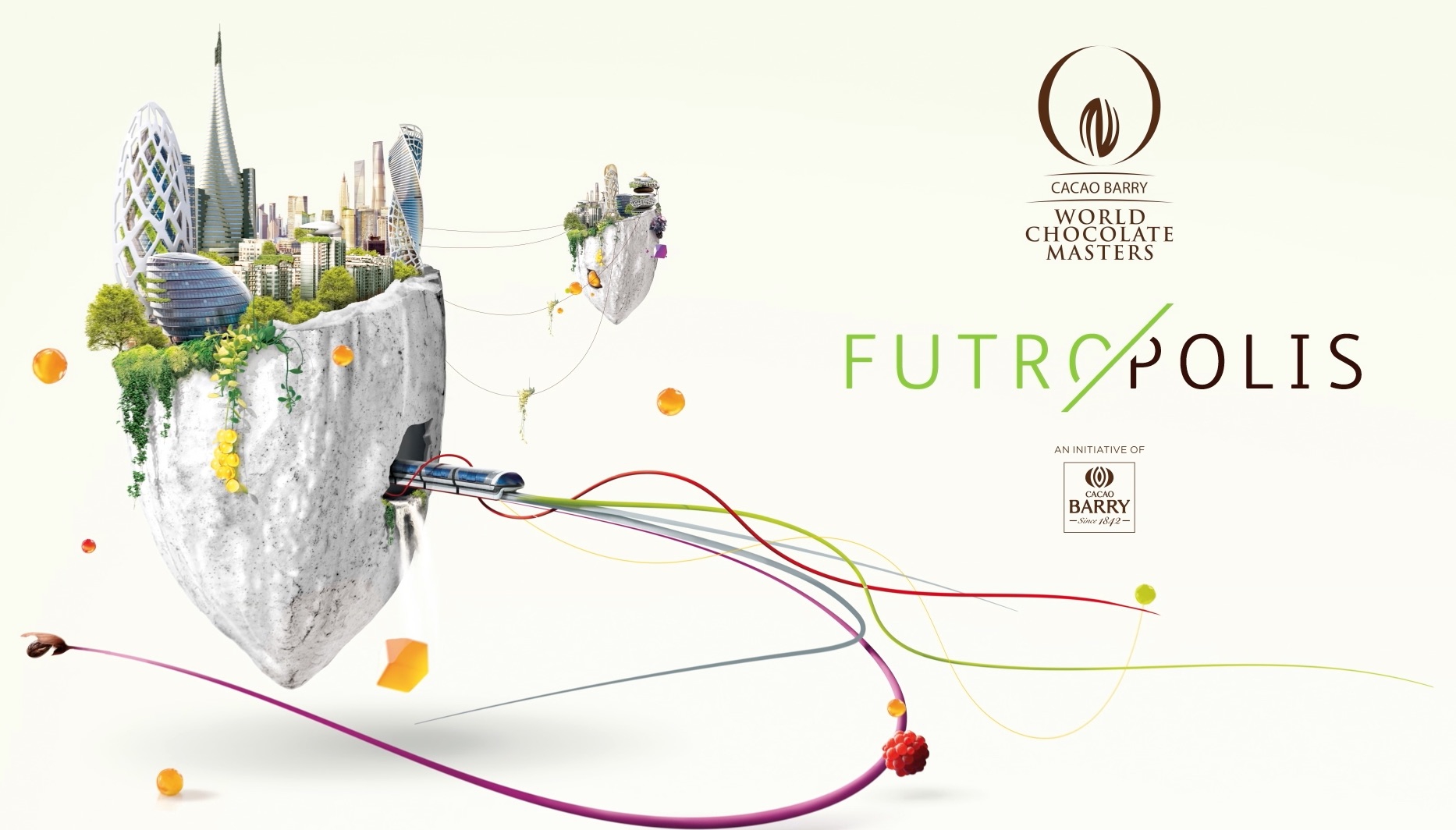 Montreal – The theme for the 2017/18 World Chocolate Masters competition has been announced, and as chocolateirs from around the world prepare to compete they will be encouraged to think ahead in time. As revealed, this year’s theme is ‘Futropolis’.

In Canada, the pre-selections will take place at the Chocolate Academy in Montreal on June 15 and 16 2017. The winner will represent the country during the global final in October 2018 (location to be announced during the national pre-selections).

The Futropolis theme was based on the emerging phenomenon of megacities. It is estimated that by 2025, more than half of the world’s population is expected to be living in cities with 10 million inhabitants and more.

“Plants will be grown underground and on city rooftops,” says to Ramon Morató – global creative director Cacao Barry (the supporting chocolate brand behind the competition) and member of the World Chocolate Masters committee in a release announcing this year’s competition. “Gastronomy will partner with science and technology to create new multi-sensory sensations. Chefs will look to designers, engineers and scientists to create new food shapes, edible packaging and reduce food waste.

“Consumers’ moods and well-being will be at the centre of food creation,” Morató continues. “We want to see how chocolate chefs in this competition come up with ideas and a vision for these challenges. Their creativity in all these fields will yield an entirely new basket of shapes and flavours for chocolate.”

In the national selections contestants will have one day to create a chocolate showpiece called ‘Citizens of Futropolis’, a hybrid pastry reflecting ‘the flavours of Futropolis’, and a chocolate snack to go. In each of the assignments, the contestants have to integrate the theme: in the shape, design and presentation – and in the selection of ingredients they use. Their creations will be evaluated by a professional jury of independent chefs and chocolate experts.

“The World Chocolate Masters is much more than a culinary competition,” explains Ramon Morató. “It is an incredible journey during which most contestants learn to push their own limitations. For many of them, it is a fantastic opportunity to reach out to other chefs, learn from them, establish new contacts and develop their own creative thinking skills.”
www.worldcholatemasters.com