It’s forecasting season! What insights has the market research rounded up? 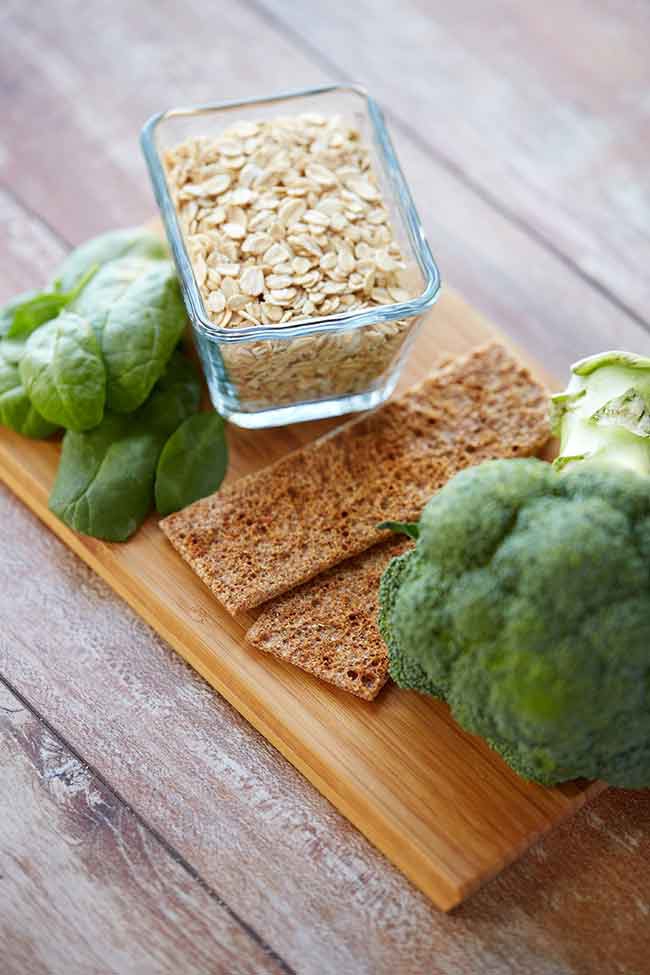 Vegetables and grains are the feel good foods of today, and tomorrow. Photo: Fotolia

It’s that time of year again – no, not the holiday guilt, high-pressure resolutions time of year (although, it’s a little of that too) – but the trend forecasting season. Market research companies do their surveys and package up their predictions. Companies look for direction, new ideas and insight into what is going on inside the consumer mind. This article serves as a roundup of the trends seen by Mintel, Innova Market Research, McCormick and the International Dairy Deli Bakery Association (IDDBA). Trends serve as a bit of a stethoscope, ever-measuring the beat of the buying heart.

Speaking of which, health and wellness is still at the heart of it all. However, bear in mind that Coca-Cola Company reports 1.9 billion servings of its products are consumed around the world daily. People still like sweet stuff. It’s possible that what consumers strive for in their diets might end up as a mix of guilty pleasures and food they can feel good about.

Mintel says…
Mintel identified this concept of yin and yang in its 2016 North American consumer trends report. Consumers are technology bingeing like unleashed first-years during frosh week, and this has them seeking a cure for the digital hangover. Mintel predicts they will search for solace to find balance, pointing to the embracing of campaigns like Dixie’s #DarkForDinner, which encourages people to turn off their phones during Sunday dinners. Mintel also notes extremes where you see that bacon is extremely popular, but so are juice cleanses.

Mintel’s research suggests that this balance or bust mentality stems in part from consumers wanting to have it all. Unlimited plans and subscriptions work well with the modern mentality. For bakeries, perhaps this means offering a product subscription, such as Dana’s Bakery in New York has done with their macarons.

So, consumers want it all, but also want it small. Buyers are under the Etsy-effect, strongly supporting small batch craftsmanship that tells an authentic story. Local is still a great hook, and stories of provenance offer all the more romance. This is perhaps par for the course for the artisan baker, but what about the commercial industry? Big companies need not be left out, and Mintel notes many are making things that have the “look and feel” of an artisan made product, pointing to the fact that the world’s top 10 hotel chains operate 113 brands to suit not only the budgets, but the personalities of their various customers.

Mintel also identified images as a key consumer trend. Pictures and emojis are being used as a form of conversation in an increasing manner. Mintel points to Domino’s emoji ordering system as an example of how apps are turning more visual. Domino’s service allows customers to tweet their order using a pizza emoji. The company Inmoji will even make branded emojis, describing an Inmoji as this on their website: “Inmoji are ‘powered’ clickable icons that enable users to share their favorite brands, products, and experiences directly within messaging apps. Simply tap an Inmoji to access content without ever leaving the message.”

The fourth consumer trend forecasted by Mintel reflects the need for businesses to demonstrate their commitment to diversity and equality. This means supporting those in same-sex relationships, seniors, or people with disabilities. In particular, note the current popular culture attention directed to changing gender stereotyping and new ways to self-identify.

Research suggests young people are tolerant and open-minded. In the U.S., 81 per cent of kids and 84 per cent of teens said it’s important to accept people from different backgrounds, reported Mintel.

Bakeries may want to demonstrate the diversity of their clients in their marketing, and communicate a clear message about the morals and views of the business.

Mintel also published its Global Food & Drink Trends 2016 guide. Here’s a look at what the company sees happening in Canada and the U.S.:

IDDBA says…
The International Dairy-Deli-Bakery Association (IDDBA) worked with The Hartman Group to produce the study Engaging the Evolving Shopper: Serving the New American Appetite, which has a special focus on snacking.

A consumer desire for portion control and healthier snacks remained a theme here, part in parcel of the overall health and wellness picture painted by the modern eater. The IDDBA report suggested that the line between snacks and meals is getting fuzzier, and half of all eating occasions are now for the purpose of a nibble rather than full nosh.

Snack data
Sixty-three per cent of the adults surveyed claimed to be snackers, and 39 per cent of Millenials said they simply don’t refuse a free bite of anything. Sixty to 90 per cent of snacks are ingested at home, and 54 per cent are sourced from the grocery store, although the report findings note that convenience, drug stores and foodservice are all making strides to get a share of the snack market. Consumers can find food everywhere now, like while shopping at IKEA or buying clothes at department stores. Sixty-one per cent of snackers claim to be choosing snacks that are less processed, like fruits or vegetables.

The IDDBA suggests the following guidelines for determining what a fresh, healthy snack means to consumers: avoid negative connotations like artificial ingredients, but add positive claims like whole grains; keep the ingredient list to five items or less; communicate a processing method that can be replicated at home; keep packaging to a minimum or communicate sustainability; and communicate the quality through a story.

The IDDBA report found that 53 per cent of consumers are choosing smaller portions. Mix and match bites that are customizable may be a hit with consumers, as are global flavours, with 47 per cent of those surveyed saying they like to try new or ethnic things.

The focus on snacking comes amidst a harried modern life that is on-the-go, but still culinary focused, reports the IDDBA. People have high expectations of their snacks. Keeping energy on the upbeat and weight under control is a continuing priority, and for bakery this translates into complex carb snacks made with whole grains.

The IDDBA report is forecasting a few trends to watch for snack makers. You might see more concession snacks like pretzels, churros and samosas get sophisticated makeovers, and lesser known fruits and vegetables in fresh or dried formats might be winners. Sea vegetables, old school snack mixes and gluten-free/vegan/diet specific snacks are also predicted to be popular with consumers in 2016.

The IDDBA had specific suggestions for the in-store bakery. Since it is still viewed as the department in which to find an indulgent snack (42 per cent say this is where they go for indulgence, and 28 per cent look for a healthy snack), bakeries need to evaluate how best to give customers what they are after, whether this is through mini bites, or things that are naturally or less sweetened. Bakeries may want to focus on freshness, perhaps making products in front of customers so this aspect can be perceived.

Innova predicts this will be a good year for the organic market. GMO-free and organic showed strong growth in 2015, with no added preservatives claims still being used the most. GMO-free is still a hotly debated conversation in the U.S., but Williams says organic shouldn’t be overlooked as a category on the move. More big companies are offering something organic within their line-up. New product development isn’t just about being organic, but also novel.

Free-from claims are quite mainstream, with cereals creating a good barometer of what’s happening. The market is also seeing more variety in the dairy alternatives, such as cashew or macadamia nut drinks.

Innova reports there are more meat substitute launches as consumers cut back on animal sources of protein, and the company is seeing dairy being marketed more as an alternative. Cue more grilled cheese sandwiches and various cheese snacks.

Companies are communicating more about their production process. In beverages, Williams described how Harmless Harvest conveys the benefits of high pressure processing (HPP) to their consumers with the tagline “never heated, always harmless,” and uses its website to further describe the benefits of the technology to consumers who are not familiar with it. (To see how Harmless Harvest tells its brand story, visit www.harmlessharvest.com.)

And of course, storytelling is part of Innova’s top 10 list. Consumers’ desire for product narrative is doing anything but waning.

Vegetables are making their way into more products, such as incorporating beetroot into yogurt. Williams said smaller companies are generating a lot of big ideas these days, and benefiting from their innate niche story and ability to act nimbly. She notes that kale is still big, and many of the launches have been led by smaller businesses.

A hunger for protein isn’t going away, but it is making its way onto different types of product packaging such as baby food.

Of particular interest to the bakery industry, Williams said health conscious consumers still want to indulge, but they want to justify it. Sweets with health benefits, like chia bites with dark chocolate, feel pretty guilt-free.

While there is always a lot of focus on flavour, Williams says to watch for more packaging claims around texture. Texture claims might describe the item as crunchy or super moist or detail how it is sliced. In flavours, Innova is seeing more communicating around spices and specific types of chilies, like peri peri, ancho, etc.

Vegetables and grains are the feel good foods of today, and tomorrow.

Identified by a global team of McCormick chefs, food technologists and flavour experts, here’s what the company has to say about the future of flavour:

There you have it – a veritable night sky of ideas to star in your next great product. From pulses to veggies and grains, the key trend is health and wellness, but the key thing to remember is how we all still like a treat. And above all, taste is still the top dog of trends, isn’t it? Happy baking!