Club Cappuccino in in Thunder Bay, Ont., offers warmth and irresistible treats in a cold climate 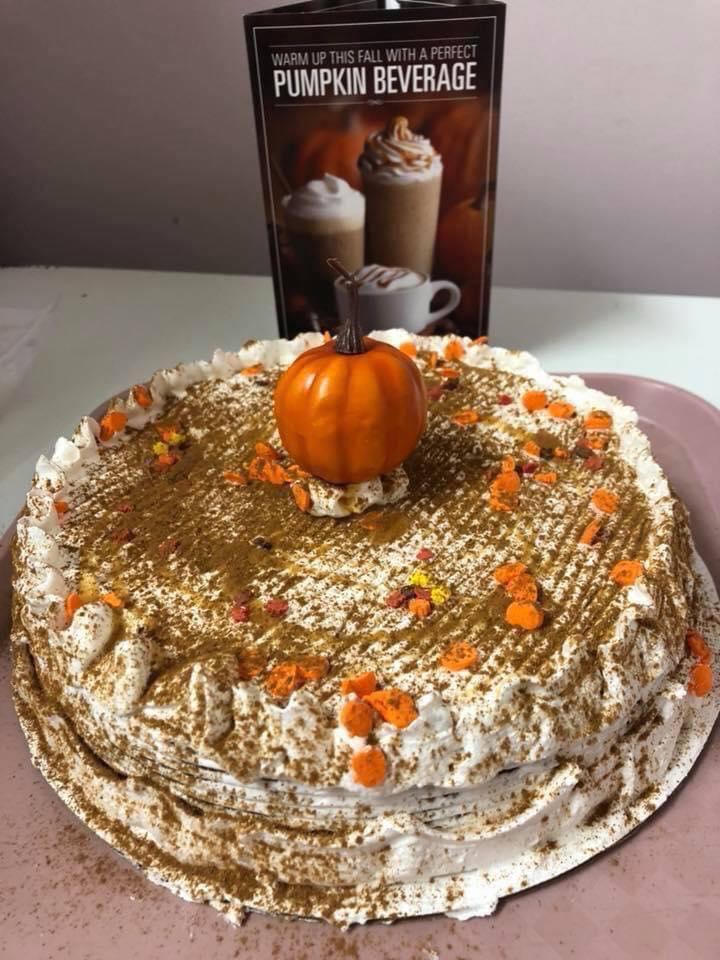 You want to go where everybody knows your name and where you can enjoy a reliably indulgent dessert, coffee or lunch. For many people in the relatively isolated city of Thunder Bay, Ont., on Lake Superior, that place is Club Cappuccino Cafe and Desserts.

The Montanaro family purchased the bakery-café in 2000.

“Originally opened in 1995, it’s one of the oldest cafés,” says Josie Montanaro, who co-owns and -operates the business with her mother, Antonietta.

Antonietta and her husband, Aniello, who passed away last summer, bought the bakery when Josie was a teenager. “Running a bakery was Mum’s idea,” Josie says, adding that her mother was born and raised in the Naples, Italy, region.

While in high school, Josie worked part time after school. She enjoyed it so much, she went to college and took a business program to learn what she needed to know to operate successfully.

Antonietta and Josie run the bakery full time with the help of their team, including two dedicated employees – twin sisters Stella and Raffy Miele – who have worked for the business for about 23 years.

“We have a good base of regular customers who have been with us from the start,” Josie says. “Definitely they kept us going through COVID.”

To comfort regular customers who missed the ritual of visiting the café, they set up tables out front on the boardwalk and parking lot. “We stayed open for takeout throughout the pandemic even though it wasn’t financially profitable to give our local seniors and loyal customers a place to go, as for some meeting their friend for coffee was the only social activity they had so we felt we needed to have the doors open to give them that opportunity to get out even if it was only for a take-out coffee and sweet treat. We were told many times over the last 2 years that coming out to our cafe was the highlight and the sweet treat sweetened their day. That helped us keep going many times throughout these challenging times.”

Josie describes an innovation born of necessity: the holiday dessert box. Their first dessert box, for Mother’s Day, contained samples of their popular cheesecakes with Italian cannoli and peaches (a Naples specialty featuring sponge cake orbs filled with custard with peaches mixed in). After posting about the boxes, they had more than 100 requests from customers. They offered the boxes again for Christmas, Thanksgiving and Easter.

“From each box sold during the holidays a portion of the sales was donated to a charity in need or we donated a dessert box to a family in need,” Josie explains.

The holiday dessert boxes are now a regular recurring menu item. Says Josie, “We do a Facebook draw where our followers like and share and we pick a winner. It helps spread the word.”

They do a lot of marketing through Facebook. “Generally, our clientele is older, so it’s nice to see likes from the younger crowd. It seems to be a lot of the fun specialty drinks – festive lattes and cappuccinos that get attention. We’ll switch up the flavours with each season. Now it’s peppermint mocha. Usually, I post in the morning when many people will see it. Before COVID, we did a couple of posts a week. Now it’s every day.”

At Christmas, they sell a high volume of cookies and cheesecakes. They use social media to tease what’s coming up soon on the menu and announce pick-up times for the week before Christmas. “We have a good selection with about four cheesecakes,” Josie says. “We sell them whole and in pieces. Turtles Cheesecake, their most popular, is a caramel chocolate cheesecake, with Oreo cookie crumb crust, a layer of chocolate mousse and caramel drizzled generously on top.

Desserts draw in their customers, but so does the inviting atmosphere of the café, where they serve sandwich, soup and dessert combos, lasagna and several soups of the day. Living up to their name, they also serve a variety of gourmet coffees, among them hazelnut cappuccinos, amaretto cappuccinos, caramel cream lattes, butter rum lattes and mint mochas.

Inside Club Cappuccino is seating for about 30 people – eight tables and a bar counter. “It’s a great place to meet a friend.”

Josie estimates about 60 per cent of Club Cappuccino’s business comes from dessert sales and 40 per cent from the café.

They are involved in their community of Thunder Bay. One of their favourite events is the city’s annual multicultural festival Culture Days, where for years they have set up a booth selling desserts and coffees. Josie says she and the team look forward to this longtime annual event coming back in 2023 the spring.

In recent months they were involved in a dessert sampling event that raised funds for Alzheimers research. “People buy a ticket and vote on which desserts they liked the best,” she explains. “Each business would donate 400 individual samples. The organizers would promote the business for you, so it worked out pretty well.”

Because they are doing a lot more takeout, the cost of packaging supplies has doubled and tripled in some cases, Josie says.

“Food costs have just skyrocketed. Dairy has been one of the biggest things that’s gone up – and with it the cost of cheesecakes. Dairy tripled in price. Sugar, butter and basic ingredients have gone up. We use at least 20 litres of milk a day, so you notice it. Vegetable and olive oil has really gone up too. Every dollar makes a difference. You don’t want to increase your prices too much.

“We raised prices the first time (earlier in the pandemic), then absorbed the cost. For the most part people understood and were sort of OK with it.”

“We’ve noticed that with the increase in food costs, people are not going out for lunch as often as they used to. Regulars used to come in twice a week; now they might come in just once. Currently the café is open through the day but they plan to return to suppertime hours after Christmas.

She and Antonietta also are looking forward to people enjoying more lunches and dinners out and to the bakery returning to its pre-pandemic sales volume of desserts and pastries for weddings and other local events. They plan to have more desserts at the door along with 40 flavours of latte.

After nearly 20 years at the helm of the business, Josie has sensible advice for operators starting out. “I would tell them not to be afraid to get out in the community – to get your name out there. You need that loyal base of customers coming back. That’s what will keep you going. Customer service is a big one: provide them good service and good product and they will come back. Don’t get discouraged. If you just keep going, sales start increasing and repeat customers. Time does fly.”