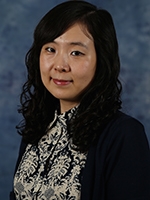 Researchers at the University of Missouri (MU) have found that the cleanliness of restaurant employees is vital to customer perceptions of food safety, equally as important as a clean environment and hygienic food preparation.

Restaurants, however, are significantly underperforming in this regard, identifying a clear area for improvement.

According to the American Centers for Disease Control and Prevention, 48 million illnesses and 3,000 deaths occur in the U.S. each year. At least 60 per cent of these illnesses are associated with restaurants, according to an American study on foodborne illnesses. In Canada 1 in 8 people (4 million Canadians) get sick each year from contaminated food, according to Health Canada.

“Food safety is a huge factor when consumers decide where to eat,” said Pei Liu, an assistant professor of hospitality management at MU. “Studies have looked at how restaurant managers view this issue, but you need to know how customers think about food safety to really understand what changes need to be made.”

Liu and her colleague, Yee Ming Lee of Auburn University, asked more than 300 adults who ate at a casual restaurant at least once a month to rank the importance of various food safety factors. Respondents then ranked how restaurants performed for these same factors based on their recent dining experience. Three of these factors—employees keeping fingernails clean, wearing clean uniforms and wearing gloves while handling food—were ranked as highly important but received low performance ratings. This indicated that restaurants may be harming perceptions of food safety by not meeting customer expectations for the cleanliness of their employees.

“Research has shown customers will not return to a restaurant if they feel the food is unsafe. One unhappy customer tells ten others and it is seven times more expensive to attract a new customer than it is to retain a loyal one,” Liu said. “Since the appearance of employees has a lot to do with how people perceive their food, it is important for restaurants—and employees—to remember that utensils are not the only things that need to be clean.”