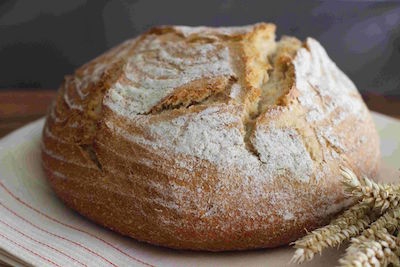 BackNatur Lepold has introduced a new dry, direct sourdough starter that may be stored at length without refrigeration and allows bakers to produce several kinds of sourdough without changing the starter.

BackNatur Trockenferment aktiv, which comes in powder form, lets bakers start aromatic and mild-sour sourdough in a single-step process over 12 to 15 hours. It may be stored for up to six months without refrigeration.

The starter, which works on rye, spelt or wheat flours, is designed for companies that would like to produce several kinds of sourdough without changing the starter, BackNatur Lepold said in a press release.

From the starter an “activation step” on flour is produced. This can be store for weeks in the fridge and is used as a daily starter for the sourdough (Anstellgut). With this method one has every day the identical result for his breads. This helps save labour on other procedures and higher security in day-to-day bakery operation.

BackNatur Trockenferment aktiv is designed to save the full amount of bakers yeast because of its raising strength in this one-step-process, the company said. Typical German-style breads and other ethnic type of goods are possible with the starter. The aroma of all sourdough breads and rolls can be raised by addition of up to 40 per cent sourdough without adding too much acidity.

Because its natural ingredients are harvested organically, the starter can be used in organic bread and rolls as well.