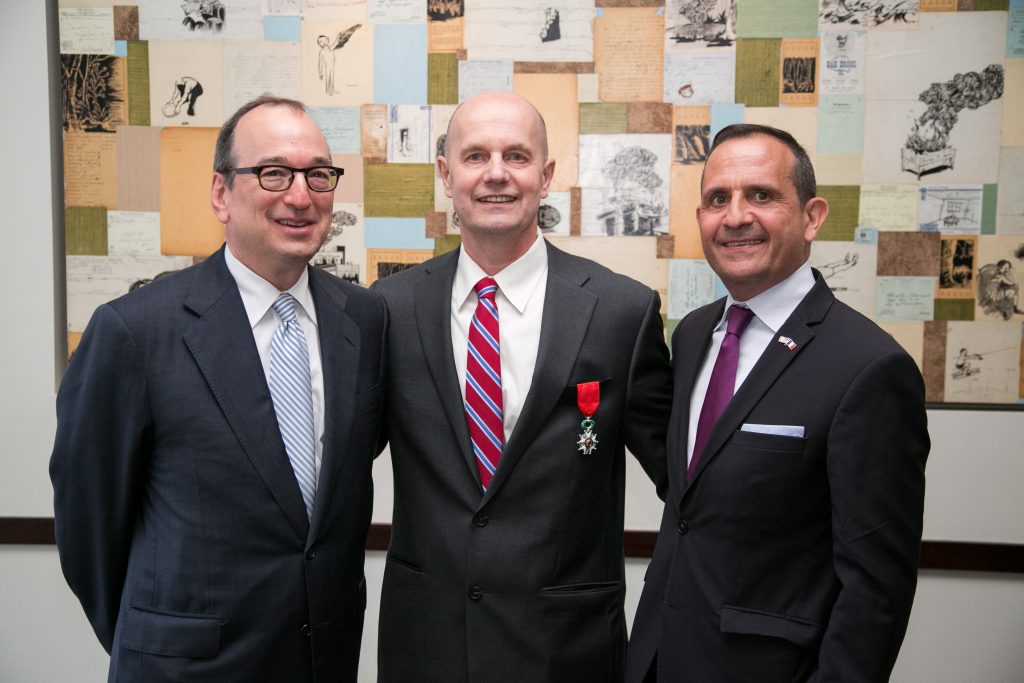 Chicago — Jacquy Pfeiffer, co-founder of The French Pastry School of Kennedy-King College at City Colleges of Chicago, joins the ranks of Sean Connery, Bill Gates and Julia Child, as they have the honour of being named a knight.

Being knighted by the French Government in the National Order of the Legion of Honor is the highest honour a civilian can achieve. Chicago’s deputy mayor Steve Koch, state comptroller Susana Mendoza, French consul Vincent Floreani, CEO of Illinois Hotel and Lodging Association Marc Gordon, Alain Weber formerly of Lycée Francais de Chicago and a room full of officials, hospitality industry movers and education and community leaders came together to celebrate Pfeiffer.

The school boasts a 91 per cent graduation rate, an average of seven jobs per full-time student, small class ration of 1:18 and over 800 partners for job shadow opportunities.

“The French Pastry School is a tremendous asset for Chicago, an important culinary hub in the U.S. and supports an industry that requires high caliber talent. For their dedication and the pipeline of exceptional talent, we are ever grateful”, said Jennifer Chase, Illinois Hotel & Lodging Association, in a news release.

Professional chefs come to Chicago from all over the world to increase their skills at The French Pastry School. Leaders like Barry Callebaut, KitchenAid, Nielsen-Massey Vanillas, Dairy Farmers of America, Irinox and Nespresso to name few, seek their guidance for research and development of new products.

“Chef Jacquy and Sebastien have built a globally recognized brand that has undeniably become a valuable asset to our city. The French Pastry School is an institution that I hope will remain in Chicago and continue to flourish and feed our great city, both with pastries and with talented professionals,” said deputy mayor Koch.