Why St. Joseph Bakery is Canada’s Inspirational Bakery of The Year | 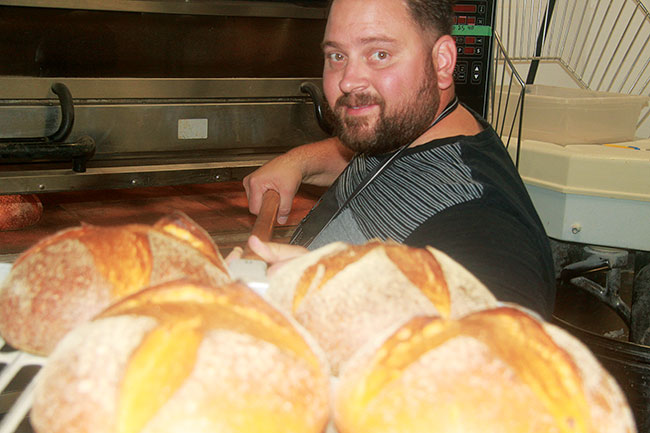 The winner of the 2020 Jake the Baker Contest (Founding Sponsor Ardent Mills recently renamed the contest the Inspirational Bakery of the Year) is the St. Joseph Bakery, of St. Catharines, ON.

It seems fitting that the patron saint of workers and feast days is the bakery’s namesake. The industrious Kedzierski family knows the value of hard work and knows the importance bakeries play in celebrations and gatherings.

Derek Kedzierski’s pride in his family and his bakery shines through the stories he shares of his late father, who owned the business.

It all started in 1962, when Micheal and Catharine Kedzierski immigrated to Canada with their 2 children, Jozef (Joe) age 14, and Marysia (Mary), age 10. The couple scrimped and saved, taking odd jobs where they could. Six years later, they were finally able to buy the St. Joseph Bakery from the owner at that time, but the Kedzierskis couldn’t afford to hire staff, so they wore many hats ranging from baking, cleaning, maintenance and accounting. It was at that bakery that an adult Joe met “the love of his life,” Barbara.

To hear Barbara Kedzierski tell it, nobody complained. Joe learned the business from the ground up. “When my husband (Joe) first started it was very, very hard…up at one o’clock in the morning, in the bakery all day, then going out on deliveries,” she recalls. “It meant long, painful days.” She added that her in-laws didn’t initially take weekends off in order to save money for their small family.

Located in the heart of the Facer District, a predominantly Eastern European district in St. Catharines, the bakery became the heart and soul of the neighbourhood. It’s the bakery’s traditional Eastern European inspired desserts that’s the big draw with young and old patrons alike. “There’s no other bakery that makes traditional European baked goods in the city,” proudly says Derek. “A lot of people will bring them in from Toronto and just resell them.”

It’s the Kedzierskis’ big hearts that truly form the backbone of their bakery. Joe’s personal experience as an immigrant made him empathize with the many challenges Canadian newcomers face. His generosity is well remembered, and often pops up in surprising ways to this day. “This gentleman comes over to me at the loading dock, and says ‘you’re from St. Joseph Bakery?’ and I said yes,” recalls Derek. “‘Your father helped me out when I was getting married…we didn’t have any money and we didn’t know anyone.” Derek recalls how touched the man was describing how his father’s generosity touched so many lives. “Dad just said, ‘that’s it. I’ll take care of it all. You just come back later and you’ll pay me when you can.’ It meant so much to that man that a complete stranger would take that on.”

Keeping the traditional baking style alive has its ups and downs, as second and third generation Canadians assimilate to North American flavours. “This is a forgotten tradition. They don’t even know,” Derek shakes his head. “It’s interesting to see that: I remember being a kid coming in here with my grandmother, and I’ve now rediscovered this style. It’s a slow turn, trying to get people to come back to the old ways.”

Despite the love of tradition and his family, Derek adds that running the bakery wasn’t what his parents had planned for him. “They never wanted us to work here because of the long hours and hard work, and they didn’t want us to work the way that they did. So, I ended up working at another company but I wasn’t happy.” Derek saw his father’s health deteriorate to the point that Joe collapsed with heart failure during a fishing trip. “I thought this would be a good opportunity to talk…if I’m working the same hours and putting in the hard work to make someone else rich, why don’t I just come work for you and make your life easier?” Derek recalls asking. “Money’s not an issue when it comes to health.” 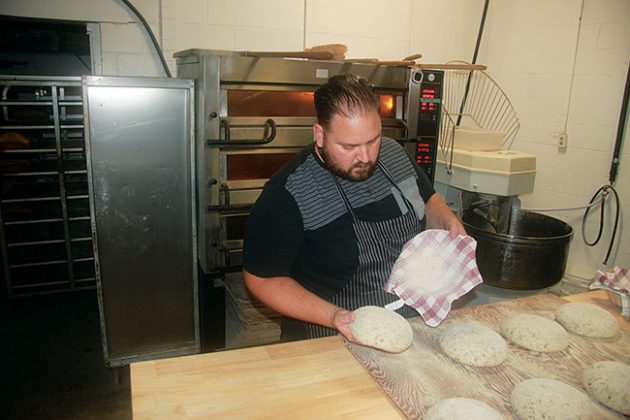 The challenge lay in getting Joe to relinquish the reins on the bakery. “My dad was such a micro-manager,” laughs Derek. “He’d say, ‘you don’t need to know how to do that. You’re not coming in here and writing cheques, you come in here and sweep the floor. You work your way up, and then you learn everything. The bakery business isn’t a business for people who can’t do it all.’ And that’s the truest thing in the world.”

Derek’s father loved his neighbourhood as much as he loved his bakery and family, and the family patriarch shared his gratitude through the Facer Street Festival. “I think we had 10,000 people on the street, which was such a success. When Dad heard about the festival, he was like, ‘okay, I can put polka bands here, and we’ll have bands playing in the parking lot, and you’ll have sausages cooking…’” Derek smiles as he recalls his father’s enthusiasm. “He wanted to make it a celebration, and it turns out it ended up being a celebration of life while he was still alive. He died three months later, and it was an opportunity for him to see all these old faces in the neighbourhood. He sat outside, and everyone came up to greet him…shortly thereafter, he went to a hospital, and never came back.”

Derek and his family now run the bakery, and are keeping traditions, his love of Facer street and the bakery alive. “That’s what we know,” says Derek of the legacy and work ethic behind family bakeries. “You’re born into it. I think all bakers are a little bit psychotic, in a sense, because we’re the only ones who want to take on these long days and early hours and working conditions and then keep doing it. I think there’s rewarding satisfaction, when we help make someone’s barbecue, special occasion, birthday, or even just their lunch that much more special. A successful bakery is only successful because the customers are supporting what you’re doing. It makes us happy.”