Features Business and Operations Profiles
Be the change: Profile of Cake & Loaf Bakery 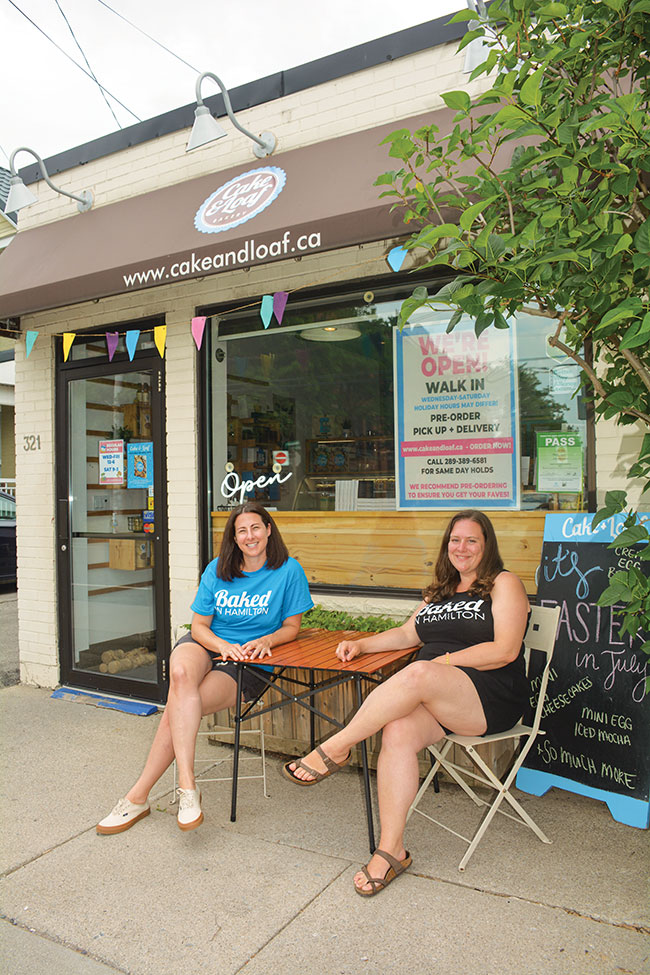 Nicole Miller and Josie Rudderham have weathered much change in more than a decade in business. The owners of Cake & Loaf Bakery in Hamilton, Ont., have learned to meet change and upheaval – in the world, the community and within their business – with energy and purpose in a way that keeps their evolving bakery in line with their values.Those values are set out on their website and consistently reinforced: local, healthy, delicious and responsible.

Hamiltonians Rudderham and Miller, at ages 20 and 21, respectively, crossed paths through Niagara College’s bakery apprentice class (later completing baking programs at different times at George Brown) and decided in 2007 to start a business together.

“We connected over our shared desire to open our own businesses,” Rudderham says. “Bakeries with a difference – that were environmentally sustainable. Bakeries that put strong values over profit in every decision made. An accepting and open environment that would foster creativity and trust, free of the sexual harassment and the toxic environment that can be so common in some kitchens.”

The two trust each other and have worked well together through many phases, including renovating a century-old building, incorporating in 2010 and opening their bakery in 2011, winning the Food Network’s Donut Showdown in 2014, winning community awards and the Telus/Globe and Mail Small Business Challenge in 2015, scaling up their business then scaling it down to its essence and publishing a cookbook in 2022.

Cake & Loaf grew quickly as people discovered the friendly, mindful bakery with its tempting savoury and sweet treats, coffee and specialty beverages. On the advice of business coaches, they created six departments – savoury, bread, front of house, pastry and cakes, confections – and an overarching administration department.

2018 was a difficult year that saw them come out stronger. Says Rudderham: “Although we had seen so much success, we still weren’t making a profit and we really had to re-examine everything about our business . . . . We had been trying to make an untenable position work for too long and something broke. It was mostly a matter of reprioritizing and cutting back some of our most loved but not at all profitable products. We went back to basics and focused on what was really important to us.”

Living wage
Part of Cake & Loaf’s “healthy” creed is the health of their staff and the partners have paid a living wage since 2015. A living wage reflects the hourly wage a worker must make, working full time, to meet their basic needs in any given community, including discretionary costs that enrich people’s lives. With encouragement from the Hamilton Roundtable for Poverty Reduction, and with help from Living Wage Ontario, they committed to keeping up with the wage and championing it to provincial and municipal governments and the media.

“It was a very gradual thing, because we had to honestly calculate with all their data, what the living wage would be and how we could reach that goal,” Rudderham says. “It was small, incremental increases on pricing and things. The customers didn’t blink.”

When they went public with their new practice, reaction was overwhelmingly positive. People travelled from all over southern Ontario to show their support. Rudderham says, “We weren’t expecting that. We knew how important it was to us. We just didn’t know if customers would get it. There’s a certain level of fear. We’re the forerunners for a new model.”

She is particularly passionate about pay equity and respect for the culinary trades. “It shouldn’t be that you have to pick quality of life over working in the culinary field. I know very few people who are able to meet their needs without having a working partner. I think every business should be focused on paying a living wage.”

“We have seen so much value in terms of less sick days, less turnover, more investment in our business. We saw a shift in a sense of ownership when we switched to living wage partially because we promised them something and then we did it. It sends a strong message to your employees that you get their struggles. We never made much more money than our employees anyway. But some people do. Some people have a different lifestyles than their employees. This lets them recognize that you get it, and when you’re doing well, that’s reflected in their pay.” 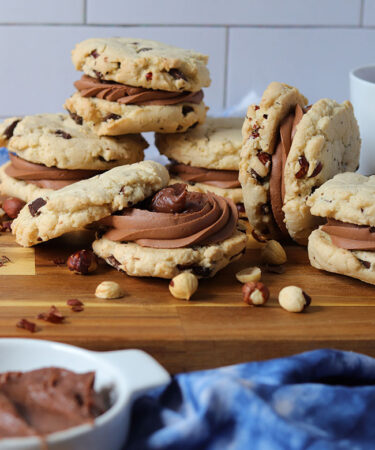 Hiring and training
They do hands-on trials for new employees: a morning in the kitchen. Miller says working with someone and seeing how they move in the kitchen tells them a lot about a person and whether it’s a natural environment for them.

“I sit somewhere between the technical and passion for baking. I do think there’s a natural talent involved. I have trained enough bakers to know that some people have it, and some people could but they would have to work really hard. Obviously, a hands-on trial is ideal. The passion flows into how people move and how they interact with not only the ingredients but the peers around them. In the beginning, we definitely did try to hire people that were very talented or fill the gap that we didn’t have. But in the end, it’s been personality over anything else that keeps people in the job and growing.”

“Nowadays people want you to be flexible,” Rudderham adds. “They want to know they have a path to some other position or leadership. Just because you were hired as a baker doesn’t mean you have to stay there.”

Their managers are people they’ve worked with for years. “We just have such a high level of trust in them. And they have worked with us for so long and we know them so well. You can trust your gut. It’s a really nice place to be,” Rudderham says.

Both partners worked in banking before opening Cake & Loaf. Rudderham saw firsthand through mortgage applications what applicants in various trades earned and what education they had. You have bakers who have been through years of apprenticeship schooling, a decade of training, and they’re still topping out at $15 an hour. That’s unfair.”

Focus on community
Another type of injustice they actively battle is food insecurity. Says Rudderham, “We’ve been supporting this charity called Food4Kids for nine years. They provide backpacks of food to kids who access breakfast programs during the week. So, kids come to school, and that might be the only meal that they have for the day. (This program) real-ly helps you understand why people might be in this situation and the types of very normal people who had been living successful lives, when something happens, like their house burns down, and all their resources are gone. We usually do the breakfast gala every year. We give away a couple hundred muffins and a bunch of restaurants come and provide a breakfast.”

Yet another way they strengthen their community is by sourcing ingredients and supplies locally. Their longtime suppliers are very accommodating, dropping off items in small amounts as needed. “We’ve not shifted much over the years. Loyalty is important,” Miller says.

They work well as partners because of a synergy – they don’t overlap in their roles – and the ability to build off each other’s ideas without taking things personally.

“There is a high level of trust,” Miller says, adding, perhaps surprisingly, “I think it helped that we were not friends first before going into business.”

Rudderham sums up their motivation for actively pushing change: “We all build the world we want to live in with our daily actions. No one does it perfectly but thoughtful actions do lead to long-term change and we exist in a world now facing the consequences of a century of convenience over long-term considerations.”