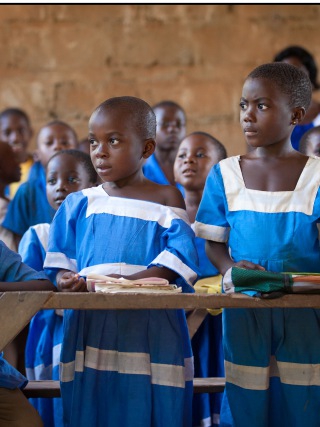 In 2014/2015, Barry Callebaut continued its women’s agroforestry training program in collaboration with IDH, a sustainable trade initiative. A total of 34 women are participating in the three-year program that comprises training, assistance in planting a diversified plot of land, and coaching.
Through a joint program with the World Cocoa Foundation, 54 women from 54 cooperatives participated in leadership training. In addition, 200 women from two cooperatives are participating in a three-year agricultural and entrepreneurship training program for female farmers.

Barry Callebaut worked with communities to provide boreholes and pumps in schools, and distribute water filters to households, schools, and medical clinics in remote areas. In 2014/2015, the company distributed 1,276 family filters and 75 community filters to benefit more than 12,000 people. The company also provided WASH training (WAter, Sanitation, Hygiene) to each recipient of a water filter. In addition, Barry Callebaut helped improve farmer access to basic health care, including health insurance, vaccination campaigns, and free medical checkups. To date, the Cocoa Horizons truck has provided medical attention to more than 10,000 villagers.