Health benefits raise the status of this historic grain 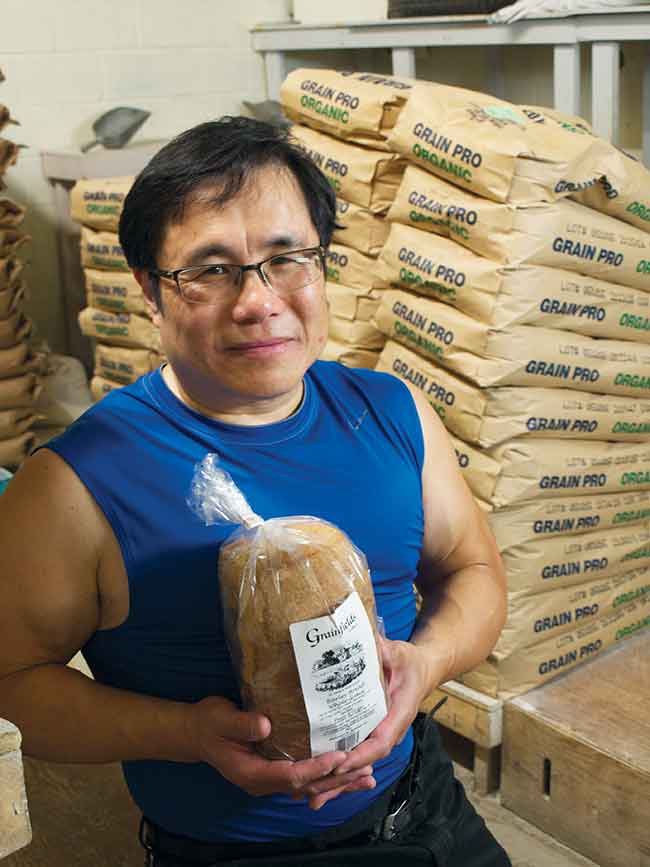 Barley is an ancient grain that dates back over 10,000 years, nourishing civilizations from Egypt to Rome to the Vikings. But despite its storied history, human consumption of barley has fallen by 35 per cent over the last 10 years. In fact, only two per cent of the crop yield is consumed by people, with the remaining 98 per cent going to livestock. However, Canadian researchers may have just put the spotlight back on this historic grain thanks to newly discovered health benefits.

The study, which covered seven countries including Canada, found that barley can reduce LDL and non-HDL cholesterol levels by about seven per cent, acting in a similar fashion to oats by reducing the risk of cardiovascular disease associated with these two types of cholesterol. The benefits are of particular interest to populations at high risk for cardiovascular disease, such as those with type 2 diabetes.

Researchers also found that barley is higher in fibre and contains twice the protein and about half the calories of oats; characteristics that health-conscious consumers will relish. By educating customers on this healthy whole grain and incorporating it into baked goods, some new rising stars may be on the horizon for your product line-up.

Because Canada is one of the world’s top five barley producers, growing close to 10 megatonnes per year, barley can be sourced. The protein-rich grain is the country’s fourth-largest crop, behind wheat, corn and canola. It’s available for purchase in various forms, including flour, bran, whole or crushed grains, and flakes. While barley does contain gluten – making it unsuitable for Celiacs – the content is quite low compared to wheat, providing an added bonus for consumers attempting to reduce their gluten intake.

Henry Chen, owner of Grainfields Bakery in Markham, Ont., introduced barley bread to his line of artisanal products in 1999 after noticing rising consumer interest in wheat alternatives. “We were already making spelt, kamut and rye bread, and I wanted to find another grain that was healthy and functional for bread making,” Chen explains. “And then something crossed my mind; my mom is the old fashioned type. She believes in herbal ingredients – everything has to be natural – and she always used to make barley water to cleanse the system and it’s very healthy, so I thought, okay let’s try barley.”

Between his Markham store and the St. Lawrence Market in Toronto, Chen sells about 100 loaves a week to dedicated customers who rely on him for the unique bread.

“It’s a very dense bread. You don’t use yeast; you use sourdough, which brings out the sourness of the taste, so it’s a very niche market. I found that out after having experimented a lot and trying to make it as palatable as possible. It’s a trial and error type thing,” he says. “We have steady customers who like it—die-hards. I hope they live long and prosper.”

Chen advises other bakers that expectations should be low in terms of volume, at least initially. In the kitchen, he says patience is a must, as it’s a heavy bread regardless of attempts to lighten the load, and will have a very minimal rise when baking. “It can be frustrating,” he admits. Essentially, barley bread is ideal for bakers who like a challenge.

In 2013, the Barley Council of Canada was formed to unite the country’s barley industry through initiatives and innovations that promote the growth of industry. Its website, gobarley.com, offers plenty of facts, tips and recipes for using the nutritious grain, noting its subtle, nutty flavour lends itself well to virtually any recipe, including smoothies, biscotti, brownies and berry barley shortcake.

With the newfound attention touting barley’s health benefits, the grain may be poised for a comeback if consumer interest is piqued. It’s a scenario Chen would welcome. “It’s a matter of how much media attention it gets. Hopefully it works out, because I’m already in the groove, so to speak.”

In Europe, consumer demand for barley-based products has already seen an increase, prompting new research and development initiatives by manufacturers. In fact, the European Union funded a two-year initiative called the Barley Boost Project, which focused on discovering effective ways to preserve the beta-glucan (fibre) component of the grain during traditional milling. The initiative wrapped up in October, 2015. Project coordinator, Sveinung Grimsby, from the Norwegian Institute of Food, Fisheries and Aquaculture, says the goal of the project was twofold: to analyse the market potential of health-promoting products rich in fibre, and to optimise milling technology.

“We also tested out several prototypes of beta-glucan enriched products,” Grimsby explains. “To our surprise the products labeled with EFSA [European Food Safety Authority] approved health claims didn’t sell better than the reference samples during prototype test sales in online grocery stores. We still believe health claims will make a difference, but the design and marketing of these products will be of great importance.”

It’s an interesting finding that the Canadian baking industry should take stock of. The success of barley products will depend first on educating consumers about its health benefits, and second on creating and marketing the products in a way that resonates with Canadians. Barley could very well be the next big grain on the minds of health savvy consumers. Will it be the next quinoa? Only time will tell.

Julie Fitz-Gerald is a writer based in Uxbridge, Ont., and a regular contributor to Bakers Journal.