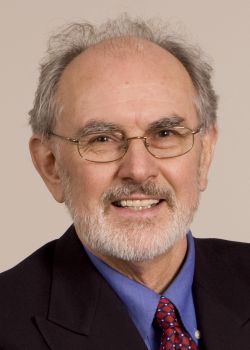 Since April 2008 CIGI and the Food Processing
Development Centre in Leduc, Alta., have been jointly involved in a project
focused on the development of barley products in conjunction with food and
ingredient companies.

Funded by the Advancing Canadian Agriculture and
Agri-Food (ACAAF) Program, Alberta Barley Commission, and Canadian Wheat Board,
the project aims to promote the use of Canadian food barley through research
and new product development, says John Dean (pictured here), project manager for food barley at
CIGI.

“We have been working with companies to include
hull-less barley, mainly as a whole-grain flour ingredient, into established
North American foods such as bread, cereal, pasta, baked goods and meat
products to create new ones that will provide greater health benefits for
consumers,” he says.

Dean says in North America barley has typically been
used for beer and animal feed with limited use for food. Hull-less barley
varieties have allowed for production of 100 per cent whole grain barley flour,
which offers high levels of beta-glucan soluble fibre, shown to reduce serum
cholesterol and risk for heart disease and to regulate blood sugar levels that
can help prevent diabetes.

In December 2005, the U.S. Food and Drug
Administration approved a health claim allowing U.S. food manufacturers to
state that foods containing barley may reduce the risk of coronary heart
disease.

“In Canada we don’t have an official health claim for
barley, which limits what food companies can say, but as part of a continuing
effort to obtain approval an application was made to the federal government
earlier this year,” says Dean.

Part of the challenge of the project is communicating
the benefits of food barley to the food industry and consumers, and generating
interest in new products containing barley, he says. A new website launched in
May 2009, www.canadianfoodbarley.ca, offers a range of
information.

“The website is a useful resource on how hull-less
barley is an excellent ingredient as a whole grain flour in various foods. It
covers topics of interest to consumers, producers and food companies such as
the nutritional benefits, production, statistics and provides other links.”

The suitability of whole-grain barley in a range of
products has been evaluated and work is still being conducted on several
hull-less varieties to compare their performance.

“Differences between waxy and regular starch types
and different fibre levels between varieties are being assessed so we may use
them appropriately in various food products,” Dean says. “This can mean new
opportunities for growers of food barley as well as for food processors, in
addition to offering products with health benefits to consumers.”

The project is due for completion this month (October
2009), but according to Dr. Linda Malcolmson, director of special crops at
CIGI, plans are underway to renew funding for it.