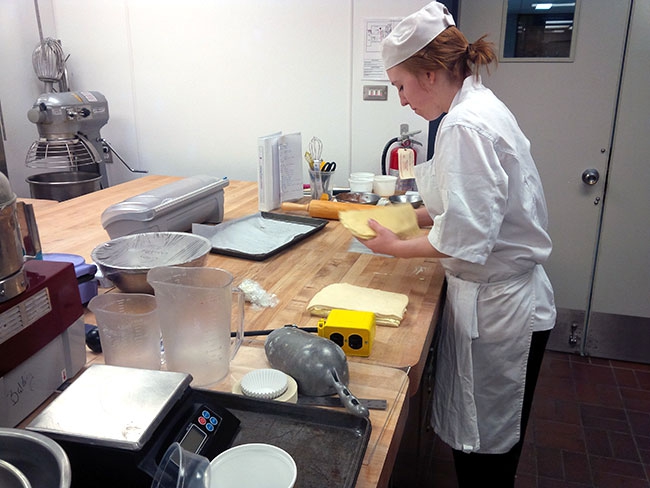 Baking Team Canada continues to train hard for the Americas qualifying round of the Louis Lesaffre Cup, May 30-June 6 in Buenos Aires, Argentina, according to the latest update from team captain Alan Dumonceaux.

Team members are steadfastly working on a wide range of products, developing new formulas, creating new and innovative techniques, and making and remaking products, ever improving the quality.

“Baking Team Canada is a group of dedicated professionals competing on the world stage,” Dumonceaux says. “Baking Team Canada represents the Canadian baking industry, and they dedicate hundreds of hours of their own time to represent Canada to the best of their abilities.”

The qualifying round – one of four taking place around the world in the run-up to the Coupe de Monde de la Boulangerie in Paris in 2016 – is a two-day event consisting of a two-hour session followed by an eight-hour session.

A new component of the Lesaffre Cup competition, Dumonceaux reports, is the addition of a “young hopeful” to each team’s roster. Team members will mentor the young hopeful candidate, and then train them for their product presentation the evening prior to the national teams competition. Elien de Herdt of Alberta has been selected to represent Canada as the young hopeful candidate. She is a graduate of the Northern Alberta Institute of Technology and works at Dutch Delicious in Edmonton.

Dumonceaux also told Bakers Journal that the team faces a budget shortfall as the trip to Argentina draws near, and support from industry partners is needed.

“There are many increased costs associated with this year’s competition: significant additional travel costs for the team to Argentina, the addition of a young hopeful member to the team, and a significant increase of products to make in the scope will all add to higher costs for the success of the team. Baking Team Canada requires financial support from the baking community, allied trades and associations to help them realize their goals.”

In Buenos Aires, the team’s efforts will be judged in three categories: baguettes and world breads, Viennese pastries and artistic showpiece. “A large variety and quantity of products have to be produced,” Dumonceaux says.

Please follow the team and watch for updates on the Lesaffre Cup Facebook page by visiting on.fb.me/1C9O7qF.