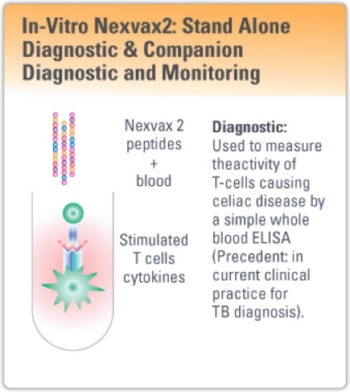 Massachusetts-based company, ImmusanT,  produced a vaccine that treats celiacs — people who are allergic to the protein called gluten, which is often found in bread or other flour-based foods.

The vaccine, called Nexvax2, targets the immune system to stop the inflammation that typically occurs when people with celiac disease eat bread or products that include wheat. Gluten is normally found in wheat, rye and barley.

The vaccine was first tested in 2011, for the initial trial phase. ImmusanT received $40 million in funding in 2017, allowing them to continue researching the vaccine. The second round of testing will start in Melbourne, prior to being launched in other cities in Australia. ImmusanT hopes to enroll 150 patients from the United States, Australia and New Zealand in the trial.

The premise behind Nexvax2 is that if a small amount of the vaccine is given at first and the amount gradually increased, the immune system of those who have celiac disease and the gene most commonly associated with it, will build up resistance to the harmful protein in gluten without any negative effects. Nexvax2 would be used along with a gluten-free diet.