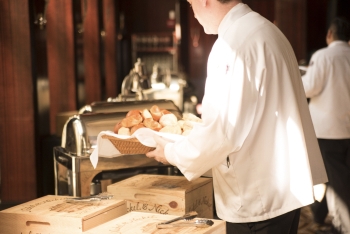 Premier Doug Ford’s plan to eliminate Ontario College of Trades could erode quality and harm skilled trades workers, such as chefs and chocolatiers, according to Canada’s largest union.

“Skilled trades workers fought hard for the establishment of the Ontario College of Trades – to ensure high-quality workmanship that Ontarians can rely on,” said Naureen Rizvi, Unifor Ontario Regional Director, in a press release. “Apprentices in the trades need reliable training to support their learning, and a united, independent OCOT to maintain safety and excellence in Ontario’s skilled trades.”

The Ontario College of Trades was established in 2009 to administer skilled trades apprenticeships, ensure high-quality work, and enforce licencing requirements. The government has failed to state what that OCOT would be replaced by, and in the legislation, is threatening removal of quality and training by downgrading a number of trades from highly skilled categories to craft trades.

“The Ontario College of Trades is the amalgamation of years of advocacy and planning by skilled tradespeople of this province. The training, support and oversight of the College are mandatory to ensuring public safety and the future of excellence in Ontario trades,” said Dave Cassidy, Unifor National Skilled Trades Chairperson, in the same press release.

In addition to proposing the elimination of the OCOT, the government proposed dangerously high one-to-one ratios in apprenticeship programs. In practice, this would dramatically decrease the time spent receiving training and could lead to apprentices working alone without any support from a journeyperson.

Unifor is Canada’s largest union in the private sector, representing 315,000 workers in every major area of the economy. Unifor represents more than 50,000 skilled trades workers and apprentices in 63 types of skilled across Canada working in over 20 sectors. The union advocates for all working people and their rights, fights for equality and social justice in Canada and abroad, and strives to create progressive change for a better future.