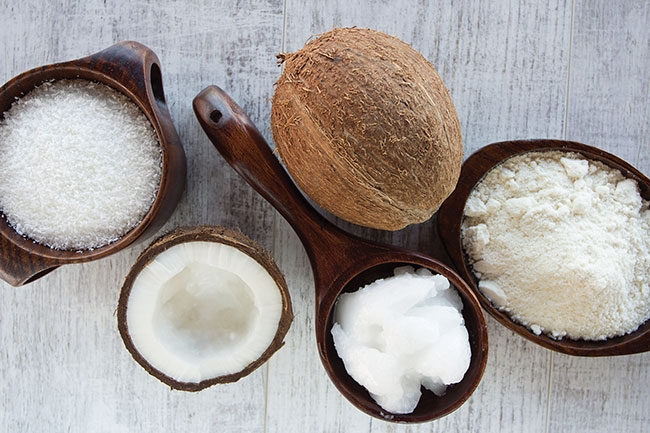 Over the years, the very low carbohydrate, high protein diet has been marketed and rebranded. In the course of my twenty-plus year food and nutrition career, I’ve seen it go from Atkins to keto.

Today’s trend, the keto diet focuses on high fat, moderate protein and low carbohydrate aimed mainly at the fitness and weight loss market. It’s call the keto diet because ketones are the source of energy that the body uses when it’s burning fat.

In the short term, low carbohydrate diets can be helpful for weight loss. However, the health effects of maintaining ketosis for long periods of time are unknown, especially on the gut microbiomes and should be supervised by a health professional like a dietitian. That being said, I’ve observed a surge of “keto-friendly” products in the mainstream market over the past two years including the baking sector.

Ian Graham, founder of Global Food Alliance agrees. “I hear about the keto diet daily. The UK is quite concerned about sugar consumption and has declared a ‘War on Sugar’, so it’s not surprising people are gravitating towards these low carbohydrate products. Keto Genius is a subscription service available for people living in the UK. Monthly you receive a supply of keto friendly snacks delivered to your home. Some UK mainstream supermarkets have devoted aisle(s) to keto food products making it easier to get all your items in one location.”

We all know that sugar is essential for the sweet taste in baking. However, sugar goes beyond sweetness and is an important ingredient for function including colour, texture, and fermentation. When I say sugar, I’m referring to table sugar (sucrose.) This makes it tricky to create a low carb bread or baked good. I’ve seen some baking disasters because the sugar in the recipe has been meddled with.

A few baking companies are specifically focusing on the keto market. Nui Foods in Southern California is one of them. They specialize in keto cookies. The founders were both living the keto diet  and wanted to create a snack that was ready to eat at home, work, and at the gym. Juan Altamirano, Research and Development Manager describes the kitchen to commercialization process: “Perfecting our cookie for large scale production took roughly three months and over 50 recipe tests. The biggest hurdle that we overcame when transitioning to large scale production was dough machine-ability. Our dough would separate due to its high fat content (Keto Ratios) and it would result in an overly dry dough that would feed into the cookie depositor.”

Even substituting maple syrup or honey for table sugar creates new interactions that will not behave the same as sugar, resulting in very different outcomes, just like using low sugar sweeteners.

Altamirano, who has a baking and culinary background, agrees. “Other baking hurdles that we experienced include the no added sugar/low sugar, gluten-free and low carb. We are on a mission to make saying no to sugar easy, tasty, fun, but like all bakers know, sugar plays a very important role in a cookie’s flavor and texture. It has led us to use a mixture of nut flours which don’t bind as well as traditional flour does. We use a combination of erythritol and monk fruit extract.  Overcoming these hurdles was amazing. Our cookies shelf-life is four months, and we want to increase that to one year. Day by day, we move closer to it.”

Altamirano goes on to explain, “Our top flavour is peanut butter. I believe it’s our top seller because of its taste, texture, and because it’s an iconic flavour. We plan on expanding with more flavours as well as our reach; we want to make it as easy as possible for everyone to indulge in something greater.”

Another company, SoLo Carb Bread in Wisconsin has created three breads with only 3 grams of carbohydrates per serving. They describe their formula as, ‘two years in the making.’ Finding the right balance of low carbohydrate for bread and baked goods takes time, science and precision. However, with the move of mainstream interest in the keto diet even though the long-term health effects are still unknown, there seems to be opportunities for the baking industry to explore and innovate in this space.

Jane Dummer, RD, known as the Pod to Plate Food Consultant, collaborates and partners with the food and nutrition industry across North America.
www.janedummer.com

Related
Marketing for Keto-friendly bakeries
The Final Proof: Baking for Vegans
Final Proof: The cookie, re-imagined
The final proof: From banking to baking