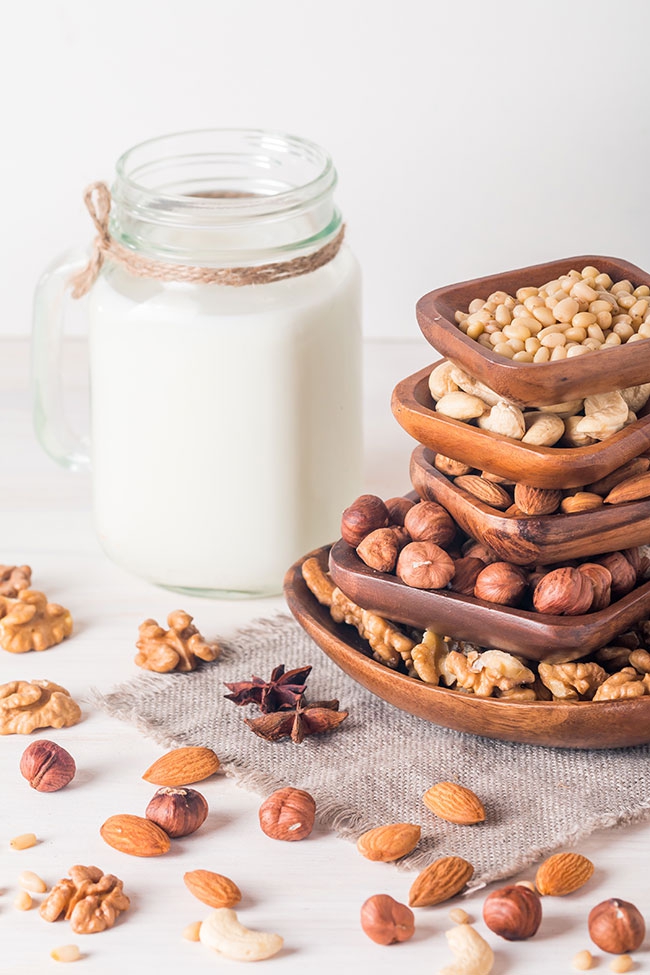 Increased interest in food from mission-based companies, emerging millennial values and a desire to be part of a food tribe are all factors fuelling the growth of vegan foods, reports Elizabeth Carford in a March 2015 Food Navigator USA article entitled, “Vegan is going mainstream, trend data suggest.” Carford cites Eric Pierce, director of strategy and insights with New Hope Natural Media, who says, “The reason for the expansion appears to be the mitigation of the perception of vegan beyond its traditional stereotype of being all about animal welfare.”

Fast forward to today: After outgrowing five locations Sweets from the Earth is now 50 employees strong and located in a 50,000-square-foot facility in Toronto.

“We supply directly to retailers and foodservice,” she explains. “The end consumers are choosing vegan products more often for a variety of reasons including sustainability, cleaner ingredient lists and options for their plant-based dietary pattern.”

When I attended the Academy of Nutrition and Dietetics 2016 Food and Nutrition Conference and Expo (FNCE) in Boston last October, plant protein, seeds, nuts, pulses, grains and vegan products were trending on the expo floor. I always count on this annual meeting – which hosts more than 10,000 dieticians, nutritionists and food professionals – to give me an informative snapshot of food and nutrition trends. Many exhibitors showcased their plant-based products, including seed butters, savoury snack bars and on-the-go quinoa-based breakfast options, suggesting delicious and easy ways to incorporate more plants into the diet.

This trend from FNCE reinforced the key messages in my book, The Need for Seeds: How to make Seeds an Everyday Food in your Healthy Diet, that following a plant-based diet can be made simple with everyday ingredients like seeds. For example, I include a recipe for sunflower seed butter which has a creamy texture and is packed with plant protein, healthy fat and vitamin E. And for vegan baking it is a great replacement in many recipes for those with nut allergies. Animal-based butter provides a desired flavour and texture in many traditional baked goods, and when it is eliminated vegan baked goods can become dry and crumbly. So it is good to experiment with substitutes, including seed butters, to find the best texture.

In addition to butter, other dairy ingredients, including cream, yogurt and milk, work to keep baked goods moist. Nut and seed beverages are possible alternatives, but remember: Converting a traditional recipe into a vegan one is not as straightforward as swapping ingredients. Replacing eggs is not always as simple as using ingredients such as flax vegan egg substitute or chia gel. It all depends on the application.

Kadonoff has loads of experience in finding the perfect vegan substitutions for the traditional butter, milk and eggs we find in most non-vegan baked goods. “While one ingredient such as banana or chia or flax may work in one baked-good format, you can’t just swap it one for one in another format and assume it will work as well,” she says. “There are many trial-and-error phases in the recipe development stage, and I’m still learning after 14 years!”

With listings in small retailers like Goodness Me to large grocers including Sobeys, and products nationally across the Second Cup chain, Sweets from the Earth creates nut-free and gluten-free vegan cakes, cookies, muffins and bars. Customer favourites include a chocolate fudge cake (thaw and serve) and chocolate chip cookies (slice and bake) … yum! This traction across multiple grocery verticals is evidence of vegan baking going from a niche market to mainstream in just over a decade.

As the trend data continues, including the hashtag #vegan noted as one of the top foodie categories on Twitter in 2016 and more celebrities talking about becoming vegan, we are observing the potential of vegan products to include an even larger base of consumers, which presents an appealing opportunity for the baking industry.

Jane Dummer, RD (www.janedummer.com), known as the Pod to Plate Food Consultant, collaborates and partners with the food and nutrition industry across North America.
Print this page