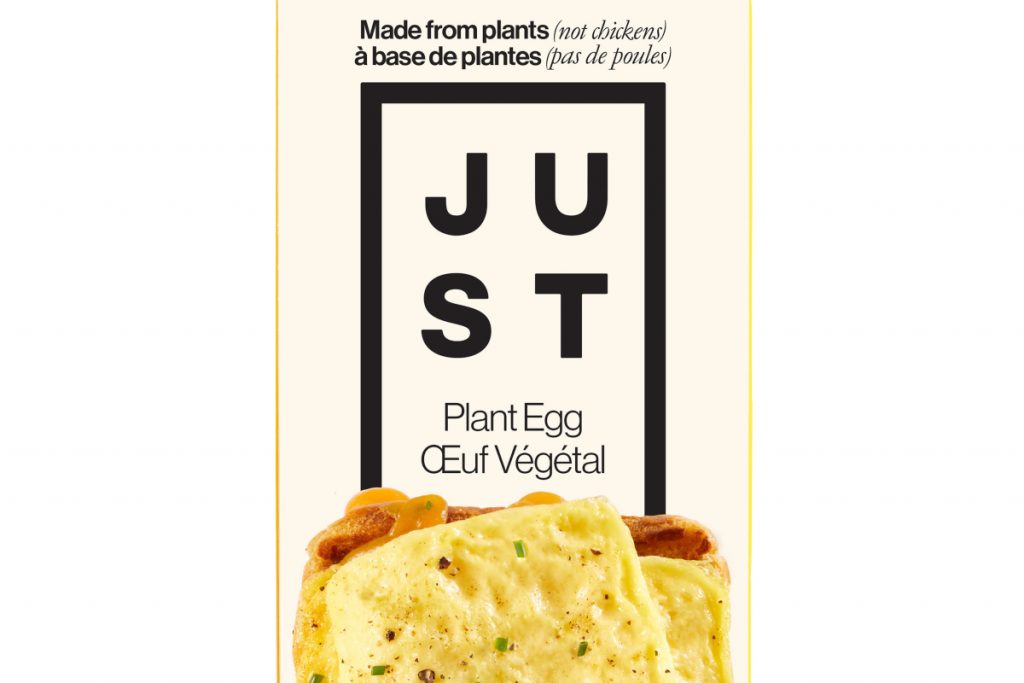 Eat Just, Inc., announced its toaster-ready, folded version of its plant-based egg is arrived at retailers across Canada in late March.

Labeled JUST Plant Egg in Canada, is launching at select locations of Buy-Low Foods, Loblaws, Metro, Save-On-Foods, Sobeys, Safeway and Walmart as well as all Whole Foods Market Canada stores and a number of independent grocers. The vegan and veg-friendly product is suited for toast, breakfast sandwiches. JUST Egg is sold as a four-pack in the frozen aisle for the suggested retail price of $7.99 CAD (on-shelf prices vary by retailer and location).

The product is expected to be stocked in more than 1,000 grocery stores by April, and will be available to restaurants and other foodservice operators across the country. Eat Just is also in the final stages of Canadian regulatory review for its pourable format for scrambles, omelettes, quiches, stir-fries and a variety of baking applications.

“Canadians have been asking us to bring JUST Egg north of the border since the day it launched in the U.S. and we hope customers agree it was worth the wait. With millions of Canadians embracing plant-based proteins for healthier, more sustainable diets, there’s no better time to launch our folded product here. And as an added bonus, it’s made locally in Canada,” said Josh Tetrick, co-founder and CEO. in a statement

JUST Egg is cholesterol free and has as much or more protein than many animal proteins (13g per serving). It is Non-GMO Project verified, egg-free, dairy-free, has no artificial flavours and its ingredients use 98 per cent less water, have a 93 per cent smaller carbon footprint and use 86 per cent less land than conventional animal sources. The key ingredient is protein from the mung bean, a legume that has been cultivated for thousands of years and is consumed all over the world.