Making the most of one of a growing trends | 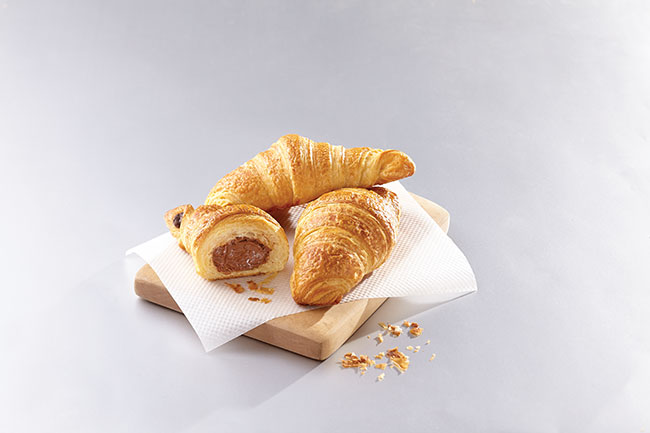 The visual effect of egg wash glaze can be replicated with natural colourings, such as turmeric, and/or brushing with a plant-based protein source.

A new year is often an occasion to work on building new habits, and the current climate has focused attention on wellness and sustainability. With 60 per cent of global consumers making more sustainable purchases since the beginning of the pandemic, it is no surprise that a more environmentally friendly plant-based diet is becoming more popular. According to the Plant Based Foods Association, sales of vegan products rose by 90 per cent in the first lockdown of 2020, and more people are considering incorporating more plant-based solutions into their diets. In fact, research by Innova named ‘plant-forward’ as the second largest trend of 2021, reaching more people as plant-based ingredients become more accessible, varied and sophisticated.

Plant-based alternatives to animal products are finding their way into the mainstream. When baking sweet products, this means the omittance of common baking ingredients such as eggs and dairy products. As well as playing a key role in leavening and texture, these ingredients might also add flavours or colours to the bakes, which adds a level of complexity for bakers developing vegan products.

‘Egg-cellent’ alternatives
From traditional sponge cakes to pastries and beyond, eggs are an essential part of many bakery recipes. In many products, the eggs serve as both leavening agent in their ability to foam, and a suitable replacement can be found in baking soda or baking powder. These additions, however, could create a metallic “off” taste, which can be compensated for by adding enough of the appropriate flavourings – cinnamon or ginger, for example, or onion or garlic powders for a savoury bake. By using pastes or ground spices, the balance can be tailored to provide the desired flavour while masking the unpleasant baking powder taste.

In addition to being used as a leavening agent, eggs are also useful for binding ingredients, especially in gluten-free bakes which use nut flours instead of wheat, where they can be replaced with a binding agent, such as mashed banana or a cornflour slurry. Additionally, nut flours are more sensitive to heat than their wheat-based counterparts, so the temperature of the oven must be well controlled and kept below 340 degrees (Fahrenheit) to prevent burning.

For baked goods where egg yolks feature heavily, the use of a plant-based alternative can alter the appearance of the finished product. A yolk-based bread for example, such as challah, would not have the same golden colour without the egg. Similarly, products which are brushed with an egg wash, such as a tart or a croissant, do not have the same sheen without the egg. In these cases, manufacturers can replicate the visual effects of egg with natural colourings, such as turmeric, or brushing with a plant-based protein source such as almond milk to imitate the egg wash glaze. 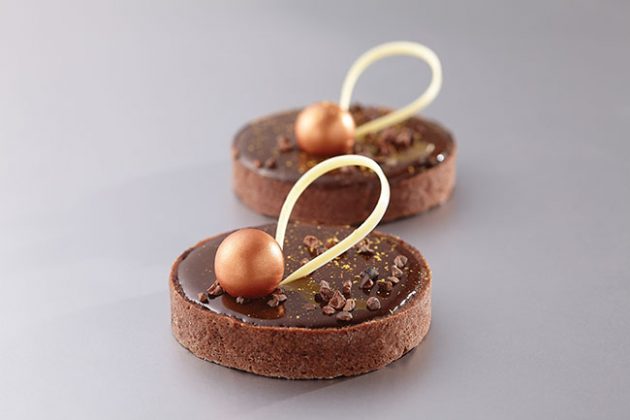 Plant-based based pastry doesn’t have to mean bland or boring.

Dairy-free delights
Another key ingredient in many bakery products is butter, which must be replaced in plant-based bakes. Butter adds a creamy mouthfeel and richness of flavour that is hard to replicate, but innovations with a variety of nuts can be used to mimic the taste. Almond and cashew butter, for instance, have a creamy consistency and a less potent flavour than peanut butter, making them good substitutions for dairy in baked goods. A buttery product may also bake to a more golden colour, so adding turmeric can help to replicate that appearance in a plant-based recipe. The same is true for savoury bakes that involve cheese, such as a cheese scone or cheesy bread. Many plant-based cheeses are made from soya or nut proteins, which do not have the same yellow or orange colour as the cheeses they are imitating, so this colour needs to be added using turmeric or paprika. Additionally, those spices can also bring more flavour to cheese substitutes; for example, the addition of smoked paprika can help to make a plant-based smoked cheese taste smokier.

Butter and cheese are not the only dairy products used in baking. For example, milk powders are used in chocolate spreads for use in pain au chocolat and other baked goods, and these can be replaced with defatted nut flours, which have a similar effect and contain less fat than traditional nut flours, creating a plant-based spread with less fat. Additionally, milk or cream cheese are common ingredients in icing and whipped toppings for bakes, so a plant-based alternative is required to replicate this for vegan consumers. A coconut oil-based whipped topping allows bakers to step away from the traditional vanilla flavour, pairing instead with exciting tropical and fruity ingredients. The sweet flavour of coconut pairs well with a citrusy, or even spicy, ingredient, such as cardamom or white pepper, which adds depth of flavour and complements the coconut, rather than trying to mask it with vanilla.

Zero animal products, maximum flavour
The use of animal products in traditional baked goods can add flavour, richness and sensory appeal, but this doesn’t mean that plant-based varieties have to be bland or boring. To effectively substitute animal products, it is important to carefully consider the flavour enhancers that are added to the recipe, as they will replace the additional flavours of the eggs or dairy. This is where ingredients like spices and cocoa come in, which can be used to elevate the product without compromising its plant-based status.

In recent months, there has been increasing demand for warming spices, including ginger, cinnamon and turmeric. These spices are typically added to quick breads such as banana or zucchini bread, adding an indulgent, celebratory flavour to a ‘healthier’ product. The growing interest in these bolder spices seems to have been inspired by similar trends in Asia, where baked goods featuring the flavours of matcha, miso or even wasabi are increasingly popular. These can add an umami layer to the product, as well as providing mood or energy-boosting benefits.

On the other hand, a classic is a classic for a reason, and the timeless addition of cocoa to baked goods is still a global favourite. Especially in plant-based products, the deep chocolate flavour brings back the richness that may have been missing without the butter or eggs, and without the need for as many artificial flavourings and additives due to cocoa’s rich flavour.

After an uncertain twelve months, many consumers are looking to their food choices to provide a sense of familiarity and comfort, without having to compromise on their personal ethics, health targets or plant-based goals. Manufacturers can provide solutions for this by ensuring that their range of plant-based products is varied, appealing and accessible. Plant-based baking is only growing in popularity.