New IIAR-2A standards will go into effect in 2021: Is your bakery ready? 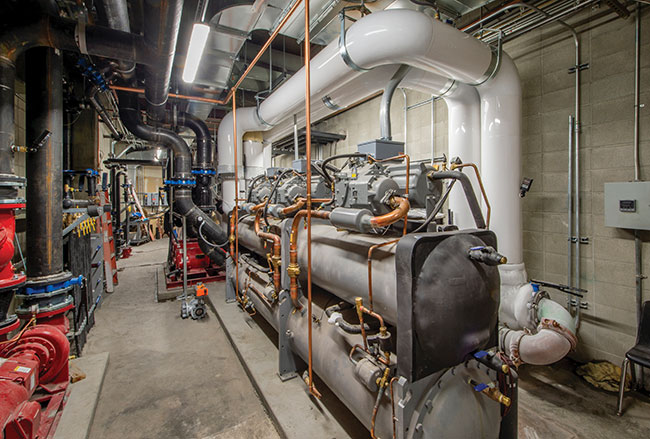 Exposure to ammonia at levels as low as 5 to 15 parts per million (ppm) can cause irritation and discomfort. Levels above 300 ppm can be flammable and can cause serious injury or death.

Ammonia gas leaks are dangerous and even deadly. Exposure to ammonia at levels as low as five to 15 parts per million can cause irritation and discomfort. Levels above 300 parts per million – or approximately 15 percent by volume – can be flammable and can cause serious injury or even death.

Leaks can occur during general maintenance of an entire refrigeration system when ammonia is delivered from a chiller through pipes to different parts of the refrigeration process – such as pumps, the evaporator, and tanks. Generally, leaks occur at the most vulnerable parts of a cooling system, such as joints and connections. Ammonia can also be released by accident with material handling vehicles, such as when a forklift or a pallet jack strikes part of the cooling system.

While leaks that do not result in a fire do not cause property damage, the threat to worker health is pressing, and federal law requires that any ammonia leak be reported to the Environmental Protection Agency (EPA) and to the Occupational Safety and Health Administration (OSHA). OSHA in particular levies very high fines for leaks – charging more than $100,000 for an incident depending upon how a cooling system is designed.

New regulations to come into effect:

Ammonia leaks, unfortunately, are on the rise due to the increased use of natural refrigerants over fluorinated gas counterparts, and also due to population growth, which has led to the need for more cold storage.

In the face of this mounting concern to ensure worker safety, the International Institute of Ammonia Refrigeration (IIAR) has updated its standards for the safe regulation of this dangerous gas.

The IIAR-2A standard, which has been in effect for a number of years, requires at least two ammonia detectors in a machinery room to monitor for leaks. In addition, safely designed ammonia refrigeration systems must have at minimum one audible and one visual alarm placed in the room or area around the ammonia engine or machinery. The audible alarm is required to be 15dBA above ambient sound pressure level (SPL) and 5dBA above the maximum SPL in the area where the alarm is present.

By 2021, IIAR’s recent update to this standard will be followed by all other system design standard agencies such as the American Society of Heating, Refrigerating and Air-Conditioning Engineers, and the National Fire Protection Association. The new IIAR regulations, followed by these other standards, will make it easier to design standard cooling systems while also making working conditions much safer across the country.

According to OSHA, 25 cases of ammonia leaks were reported in the past five years, and 36 people were severely injured or killed due to these accidents. These statistics, moreover, do not take into account the number of people who were exposed at lower levels to this deadly gas. In a facility such as a food plant, which may be entirely refrigerated by ammonia, it is possible for an ammonia leak to lead to a mass incident – threatening hundreds of workers, and even affecting people in nearby areas. Between the IIAR-2A update and cutting-edge methods for selecting proper signaling devices, many lives may be saved.