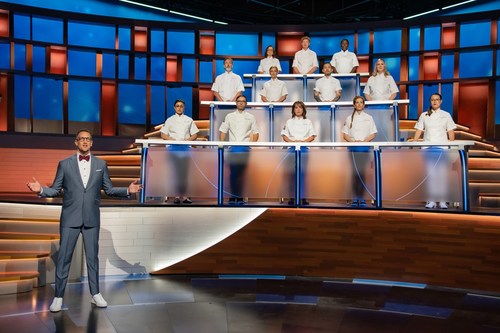 Toronto – Food Network Canada has announced a new baking competition called Wall of Bakers, a series that tests the precision skills of Canada’s home bakers as they compete in three rounds in front of a dozen of the country’s most accomplished pastry chefs.

The goal is a $10,000 grand prize and the title of Wall of Bakers champion. The Corus Studios series debuts March 28 at 10 p.m. ET/PT on Food Network Canada.

Wall of Bakers features an expert panel of 24 of the country’s biggest names in baking on rotation throughout the season. The pastry chefs offer their expertise in each round, all while tasting, judging and eliminating one home baker. Ultimately, they decide who takes the cake.

The Wall of Bakers judges include: