May 7, 2010, MARKHAM, Ont. – Canadian consumer confidence is on the rise, up 16 points in a year and outpacing many nations around the globe, including the U.S., according to the latest edition of the Nielsen Global Consumer Confidence Index. 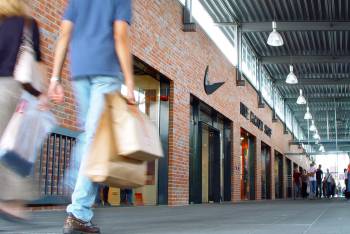 May 7, 2010, MARKHAM, Ont. – Canadian consumer
confidence is on the rise, up 16 points in a year and outpacing many
nations around the globe, including the U.S., according to the latest
edition of the Nielsen Global Consumer Confidence Index.

Yet, according to Nielsen’s research, two-thirds (65 per cent) of Canadians believe the country is still in a recession and plan to demonstrate continued restraint in their purchasing behaviour. Debt continues to be a top concern for Canadians over the next six months, and the majority of Canadians surveyed (40 per cent) indicate that after covering essential living expenses, they will spend spare cash paying off debt, credit cards and loans.

“Although we see strong signs that we are emerging from the global economic crisis, we’re not out of the woods yet, with Canadian consumers still clearly uncertain about their future,” said Nielson Company director of industry insights Carman Allison. “We’re on the road to recovery, but restraint is the new consumer mantra.”

Nielsen’s Global Consumer Confidence Index tracks consumer confidence, major concerns and spending intentions among more than 27,000 Internet users in 55 countries, including 500 Internet users in Canada. In the latest round of the survey conducted between March 8 and March 26, 2010, consumer confidence in many markets rebounded to pre-recession levels of late 2007 and early 2008. Additionally, over the past year, the number of global consumers who believe they are currently in recession dropped 19 points to 58 per cent, compared to 77 per cent a year ago.

Nearly half (46 per cent) of Canadian consumers surveyed say that considering the cost of things today and their own personal finances, the time is “not so good” to buy the things they want and need. Two-thirds (66 per cent) of consumers say that compared to this time last year, they have changed their spending to save on household expenses. How are they saving? Two-thirds (66 per cent) cut down on out-of-home entertainment and take out meals. Nearly half (47 per cent) switch to cheaper grocery brands.

As economic conditions improve, Canadian consumers indicate they will continue to demonstrate restrained purchasing behaviour, including cutting down on take out meals, out-of-home entertainment and switching to cheaper brands. Additionally, 51 per cent of consumers surveyed say they have purchased more private label brands during the economic downturn, and of those, 91 per cent will continue to purchase private label when the economy improves.

“Staying in is the new night out,” said Allison. “Consumers tell Nielsen they will continue to cut back on going out for meals and entertainment, which provides tremendous opportunities for fast-moving consumer goods (FMCG) manufacturers and retailers. FMCG companies also need to take note of the continued consumer interest in private label products. Interestingly, women and 25- to 29- and 35- to 39-year-olds indicate the greatest desire for private label items. Knowing how to reach the right consumers in the right way is critical in today’s environment.”

Canadian consumers are seeking deals and according to Nielsen’s research, 82 per cent of consumers are saving on household expenses by buying items when they are on sale, followed by 55 per cent using coupons and 44 per cent stocking up when purchasing items.

“Consumers are responding to value, pure and simple,” said Allison. “We expect to see the continuation of consumers switching to more purchases at discount outlets, sacrificing assortment for lower prices. This is especially true in Western Canada, where battles for market share are waged across the region by major retailers. While the market share war rages on, the lower prices may ultimately help boost overall consumer confidence.”

The Nielsen Global Consumer Confidence Survey was conducted between March 8 and March 26, 2010, and polled more than 27,000 consumers in 55 countries throughout Asia Pacific, Europe, Latin America, the Middle East and North America about their confidence levels and economic outlook. The Nielsen Consumer Confidence Index is developed based on consumers’ confidence in the job market, status of their personal finances and readiness to spend. The sample has quotas based on age and sex for each country based on their Internet users, and is weighted to be representative of Internet consumers and has a maximum margin of error of ±0.6 per cent.