April 8, 2010, VANCOUVER – Functional Technologies Corp. has developed, tested and
filed patent applications for yeast technology that reduces the formation of
acrylamide, a carcinogen formed when starchy foods are baked, fried or toasted. 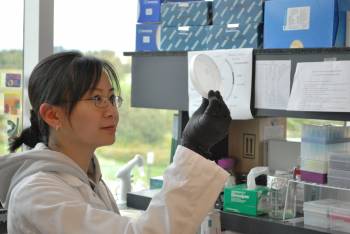 April 8, 2010, VANCOUVER – Functional Technologies Corp. has developed, tested and
filed patent applications for yeast technology that reduces the formation of
acrylamide, a carcinogen formed when starchy foods are baked, fried or toasted.


Given
the scale of the related opportunities, the company will be partnering with
companies in the yeast and food processing/manufacturing industries to
accelerate its proprietary yeast strain product development and
commercialization. Preliminary discussions have already been initiated
with some prospective partners. However, given the potential of the large
volumes of yeast required for numerous applications, the company believes there
is sufficient scope to work with multiple partners.

The World
Health Organization (WHO) categorizes acrylamide as a Group 2A carcinogen,
along with substances such as lead, creosotes, PCBs, diesel exhaust and
urethane. Also, California health officials recently
proposed that acrylamide be listed as a known reproductive toxicant, under
Proposition 65, in addition to its inclusion as a carcinogen since 1990.
Acrylamide has also been recently added to the candidate list for inclusion on
the European Union’s Substances of Very High Concern (SVHC) following a
unanimous decision by an expert EU health panel. Importantly, national
food safety regulatory bodies and the food industry have been cooperating
closely on approaches aimed at reducing acrylamide levels in processed foods.

“Acrylamide
is a high-priority concern among consumers, the food industry and health
regulators around the world,” said Garth Greenham, president and COO of
Functional Technologies. “Preliminary lab testing is positive and we’re very
excited to utilize yeast, with its long history of use and familiarity in
the food industry, to help resolve this important health concern.”

More information about acrylamide and Functional Technologies Corp.'s yeast
technology can be found at www.functionaltechcorp.com.