A new market with big buzz is hitting the bakery industry. Are you ready? 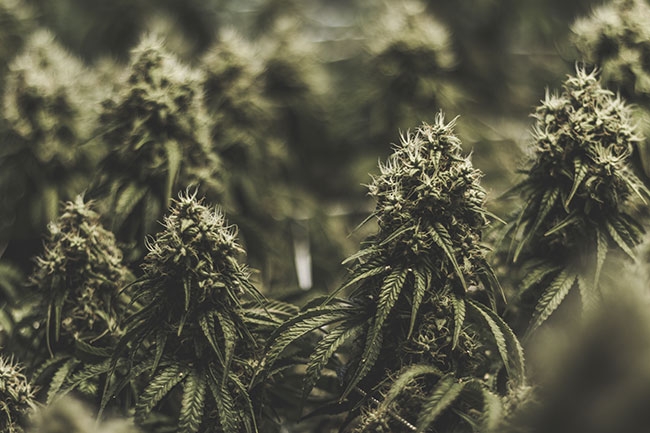 Legalized cannabis is coming to Canada this summer, and for bakers, edibles could open a whole new market opportunity. Photo: Fotolia

The last time a bakery product innovation revolutionized the industry, it was pre-sliced loaves of bread that convinced housewives in the late 1920s to stop baking it and start buying it.

Since then, baked goods have evolved but nothing as revolutionary has burst on the scene. As Canada prepares to launch the recreational cannabis market; baked goods infused with cannabis stand to be the next biggest thing since sliced bread.

Cannabis and Canada
Canada is the second country in the world to legalize cannabis. The first was Uruguay in 2013.  The Netherlands has decriminalized it, and in the U.S., Colorado and Washington have legalized recreational use with the rest of the country varying in its laws. Canada has chosen this summer as the target time frame to officially legalize cannabis.

Bill MacDonald, program coordinator for the Niagara College commercial cannabis production program launching in September, says: “The industry is united in its commitment to do everything by the book to ensure this launch is done safely and correctly. We know how important it is to do this right.”

The first market to be addressed is the medicinal market for those requesting it for pain relief or other ailments. The recreational market connected to edibles will be part of the second wave to launch in 2019.

The re-branding of a guilty pleasure
Turning cannabis into a lifestyle brand like premium wine is now the task of many talented marketers being recruited by the sector. As any brand marketer knows; words are powerful tools with deep emotional connections. There is an effort to strike terms such as weed and replace with the formal lexicon cannabis.  Also struck from the conversation are labels like grow-op or dealer. Instead, companies who produce cannabis crops are called licensed producers or LPs.

Your personal strain: a custom fit
At a recent information session at Niagara College about cannabis in Niagara and the school’s new program, it was asked why Canadians would stop buying from their current illegal source.  The panel noted that unlike other forms of relaxation such as tobacco or alcohol; cannabis comes in a variety of different strains that can impart different reactions depending on the body chemistry of the individual ingesting it. A winery tasting room now might focus the product consultation on the consumer’s food consumption and taste preferences to advise on a wine pairing. It’s entirely probable that product consultants for cannabis retailing will focus on the customer’s body chemistry and biorhythms to guide a strain recommendation from there.

“Different strains definitely have a different effect on individuals,” says MacDonald. Once we identify which strain agrees with our own personal chemistry, we have our blueprint for further purchases. In short, as premium forms of cannabis are introduced to the market, buying from “your guy” will be akin to buying wine someone made in their basement.

The regulations
Cannabis retailing will vary by province as with alcohol. In Ontario, all retail sales will go through the LCBO (Liquor Control Board Ontario) through a subsidiary called the OCRC (Ontario Cannabis Retail Corporation). In most other provinces, the liquor boards are taking on the role of controlling the retail network as the existing infrastructure for alcohol sales translates easily for cannabis. The legal age to use Cannabis will be 19 years in most provinces except Alberta and Quebec, who will set the minimum age at 18 years. Any bakery interested in product development to target the recreational cannabis market in provinces without private sector retailing, needs to understand that they will now be wholesaling to the provincial boards and not directly to the consumer. While there are several online retailers currently selling edible products infused with cannabis, they are illegal and will not be embraced by an industry intent on a market launch that’s completely compliant. For bakeries wanting to develop a line of cannabis infused products; education, caution and careful thought are advised.

Where to begin?
This is not business as usual. These products are a controlled substance delivered as a tasty treat.  The processes for product development, production, packaging and obtaining product listings with provincial boards involves a tremendous amount of diligent sourcing and documentation to ensure traceability and a robust paperwork trail.

Now would be a good time to vet suppliers and to get spec sheets on all ingredients. Develop standard operating procedures and ensure they are documented and updated regularly.  Have a receiving process and ensure that inventories are stored properly, labelled and regularly counted and monitored.  Should a situation ever arise where a product issue needs to be investigated, careful documentation will be paramount. Suppliers who have their processes well defined and documented will be in a better position to be chosen for a retail presence.

Consider the product
Cannabis doesn’t take effect when ingested as quickly as alcohol does. Other markets, such as Colorado, have made mistakes when launching edibles with cannabis. Gummy-Bear-like candies are a poor choice. The nature of the product means it can take an even longer time for the candy to be digested and for the cannabis to enter the system.  Gummy-Bear-like treats are also the type of product traditionally marketed to children. It’s highly unlikely that vigilant liquor boards who have worked hard to avoid marketing controlled substances to children would even consider such a product. Tamper-proof packaging will also be part of the equation so you will need to factor that into your product plan and production costs.

The market potential
Ipsos research indicates that the potential for bringing new customers to the cannabis category is huge. It’s estimated that about 3.4 million Canadian adults use cannabis recreationally now, and about 9.6 million will after it becomes legal. Canadians age 18 – 34 are most inclined to try edibles (51 per cent) with 28 per cent of those aged 35 – 54 and 14 per cent of those 55+ indicating they would try them. It remains to be seen if people who have been drinking alcohol because it was the only legal way to mellow out will abandon that sector in favour of cannabis.  Niagara College is starting with an innovative hands-on production program, but it’s natural that eventually the college’s Food and Wine Institute will embrace cannabis in its beverage and culinary courses of study.

The world is watching Canada as it takes this bold new step. For operators wanting to target the edible Cannabis market, MacDonald has sage advice.

“Take a really hard look before you leap,” he says “We still have some people waiting to pounce on any mistakes we might make.”

Michelle Brisebois is a marketing consultant specializing in digital content strategy and re-tail/ in-store activation.  Michelle has worked in the food, pharmaceutical, financial services and wine industries.  She can be reached at briseboismichelle@sympatico.ca.