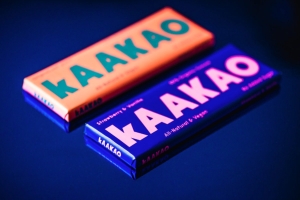 Kaakao, a London, UK-based chocolate maker has created a chocolate bar that uses dates in place of sugar, and are fighting EU legislators to have their confection legally identified as chocolate.

The bars are made with cocoa, cocoa butter, coconut milk and sweetened with dates. While the ingredients are healthy, they are not traditionally used in making the chocolate base, and are more often found as an addition or flavouring.

According to European legislators, ‘chocolate’ by definition is a combination of cocoa and added cane sugar. While dates contain a naturally occurring fruit sugar and fibre, they are not identified as a source of sugar, thereby excluding it from the definition of chocolate.

The company’s founder Stephanie Seege had worked with a Swiss chocolate factory that they will not name, citing privacy. The chocolate bar has the same flavour, mouth-feel and consistency or “snap” that a traditional bar has, but with less sugar.

Speege is currently fighting legislation, asking for revisions to the EU laws, which presently constitute not only a challenging barrier to the market, but she feels also prohibits healthier choices for potential consumers.

Seege, was driven by frustration at the poor selection of sweet products available for restricted diets, wanted to create a healthier but tasted like traditional chocolate. She was inspired to create a bar that was free from traditional sugar, allergens such as dairy and wheat.

Kaakao had spent “years” in development and sourcing ingredients. The owner insists it’s “vital to raise awareness around food labelling,” and to teach consumers to read health and ingredient labels for sugar count. There is no information to date where their legal fight now stands.