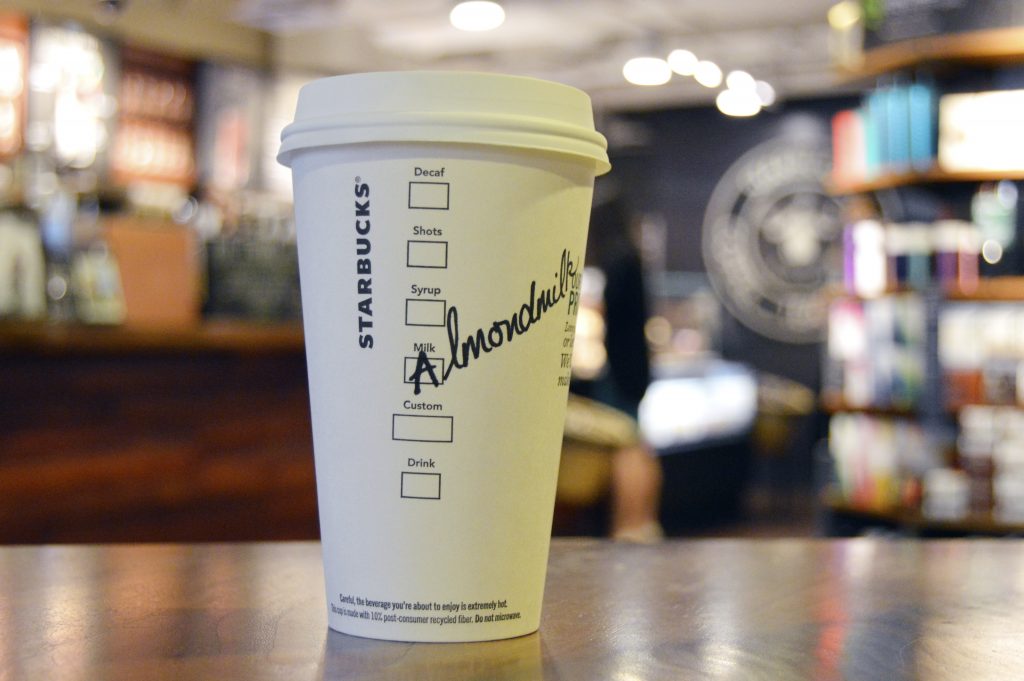 Responding to high customer demand, Starbucks announced that it will begin rolling out Starbucks Almondmilk across over 4,600 stores in the U.S. beginning Tuesday, September 6, with national coverage expected by the end of September.

According to a company release, the almond milk option can be used in any handcrafted Starbucks beverage for an additional 60-cent charge.

The new almond milk offering joins soy milk and coconut milk as non-dairy alternatives available at the coffee chain. The company first introduced soy milk to its stores in 2004, and coconut milk was added in February 2015.

The Starbucks release cites a Mintel Data report that indicates that more than half (58 per cent) of all U.S. adults consume non-dairy milk, and almond milk is the most popular option with 60 per cent of the non-dairy market.

“We created our own almond milk recipe to complement our hot, iced and Frappuccino blended beverages,” said Yoke Wong, manager on Starbucks beverage R&D team in the company release. “The almond butter in our almondmilk adds body and complements the roasty notes of espresso,” added Wong.

The company states that an eight-ounce serving of Starbucks Almondmilk has just three grams of sugar, compared with 12-13 grams of naturally occurring sugar in two per cent dairy milk.