Three vegan bakeries that have hit their stride. 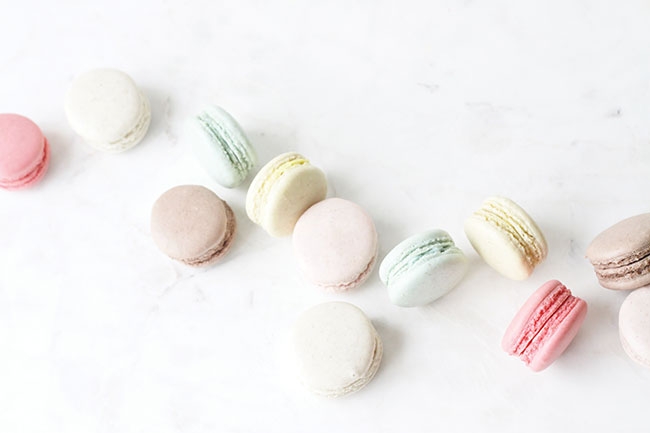 Once, it would have been unthinkable to create baked goods without eggs or dairy. As  diets continue to change, so do the variety of available products. Some customers seek out vegan baked goods because of allergies. For others, it’s because they simply don’t eat anything from animals.

For Tori Vaccher, owner of Tori’s Bakery in Toronto, vegan is a way of life.

“I guess I would call myself an environmental vegan, if that is such a thing,” she said. “I feel like we are trying to grow things faster than nature wants them too.”

Creativity has always been part of Vaccher’s life. She went to an arts high school and then studied prop and set design at Ryerson Polytechnic University.

But Vaccher’s hobby became an obsession.

“Baking was taking over my world. My apartment was jammed with equipment.” Vaccher was experimenting by taking her Grandma Jean’s recipes and making them vegan.

A job at a bakery would follow, then taking baking classes at night. Once she perfected 15 recipes, five of which she derived from her grandmother’s originals, she was ready for business. Vaccher set up shop in Toronto’s Beaches neighbourhood in 2012.

“We don’t gear ourselves toward the vegan market.” Vaccher said. “I want everyone to feel welcome. I don’t want to push my agenda on them.”

Her business has grown from a team of four bakers including Vaccher, and three counter staff, to 13 staff between two retail locations and a central downtown production kitchen. Tori’s Bakery also has nine wholesale clients in the restaurant industry, from cafés to juice bars, with multiple locations. Sales have increased a whopping 40 per cent since the first year, she said.

Today, Tori’s Bakery has 40 different products that are switched seasonally. The most popular baked goods include cinnamon buns, “cruffins” (a cross between a croissant and a muffin,) gluten-free vanilla bean doughnuts, and gluten-free chocolate cream cheese cupcakes.

Edible Flours
For Amanda Huhn of Edible Flours, a vegan bakery in Vancouver, vegan baking had never crossed her mind.

“I never thought about it before I applied for the job at Edible Flours,” she admitted. And as a non-vegan, she was sure they wouldn’t hire her. She was surprised by both the job offer and the taste of the baked goods.

“It’s just as good if not better than regular baking,” she said. “People tend to have a pre-conceived notion that vegan baking has no flavour.”  Huhn said good quality, natural ingredients are key.

After a year of working for Edible Flours, the seven-year old bakery recently went up for sale.  Huhn took the leap from baker to bakery owner.

“I knew this was my dream” said Huhn, who studied culinary arts and restaurant ownership, as well as baking and pastry arts at Vancouver Arts Institute.  “And I realized there was a big need for vegan baking.”

Female millennials are a big customer base. The bakery has 12 seats inside and four seats outside. During the week there are students or business workers on computers, enjoying a break. On weekends, groups of customers visit for coffee and fresh baked goods.

Hahn said Edible Flours has been a success, because even in Vancouver there are very few vegan bakeries. Even fewer offer the product depth that her bakery offers. Customer favourites include Nanaimo bars, classic chocolate brownies and cupcakes.

“We change cupcake flavours every day. The batter is always the same – either chocolate or vanilla, but we change the icing depending on what we are icing the cakes with that day,” said Huhn.

“All of our cakes are vegan and use predominantly organic ingredients, as well as all natural colouring derived from vegetables,” said Huhn.

The bakery makes tiered cakes for weddings and special occasions, but birthday cakes dominate. Cakes provide most of the revenue for the bakery. Their most popular cake is chocolate hazelnut. It’s topped with hazelnut frosting, has a crushed hazelnut crust and garnished with a chocolate ganache drip.

Petit Lapin
Vivian Nguyen opened her bakery Petit Lapin in the Westmount area of Montreal in 2014 as a way of sharing her desserts. At only 10 months old, her little boy was diagnosed with 30 food allergies. Yet, as a mother she wouldn’t give up on finding a cake he could eat to celebrate his first birthday. “A birthday isn’t a birthday without a cake,” she said.

Nguyen first perfected a cupcake, then mastered the cake. The birthday party was a success. And before her son turned two, Nguyen was armed with a list of recipes for cupcakes, cakes, cake pops, doughnuts, cookies, cream puffs, macarons, madeleines, breads and mini pies.“It was very challenging at first. It was research, trial and error in the kitchen.”

Nguyen then set up her bakery. Initially, customers were skeptical. There were many questions.

“They would ask, ‘How can you make this without dairy or without eggs?’ Today, people understand we are replacing one ingredient with another.”

Petit Lapin has a strong customer base of locals who enjoy her products on taste alone, as well those seeking allergy free or vegan, she said. A Montreal favourite, one of the top selling products is the macaron, made without eggs, almonds or flour. Favourite flavours include lemon and coconut, although “most children prefer chocolate,” she said. She also produces cupcakes in red velvet, chocolate and lemon.

Healthy online sales make up 50 per cent of Petit Lapin’s overall revenue and come from as far away as Australia.  And then there is a new book Les desserts de Petit Lapin, published in March, with 50 recipes using simple ingredients found in most grocery stores. It’s available in bookstores such as Indigo or on Petit Lapin’s online store.

The vegan conversation has grown in recent years, although a recent poll at Dalhousie University suggests the number of vegetarians and vegans has remained steady over the last decade or so. The results of Dalhousie’s poll show that 7.1 per cent of Canadians consider themselves vegetarian and 2.3 per cent identify as vegan. Despite the number of vegans/vegetarians remaining steady, the per cent of Canadians saying they are following a type of dietary regime is 32 per cent. As the conversation with these three bakers indicates, the appetite for vegan products goes beyond those who adhere to veganism as a diet. By offering something vegan on menus, bakeries will be sure they have something for everyone to enjoy.