The market is ripe for opportunities in vegan baking 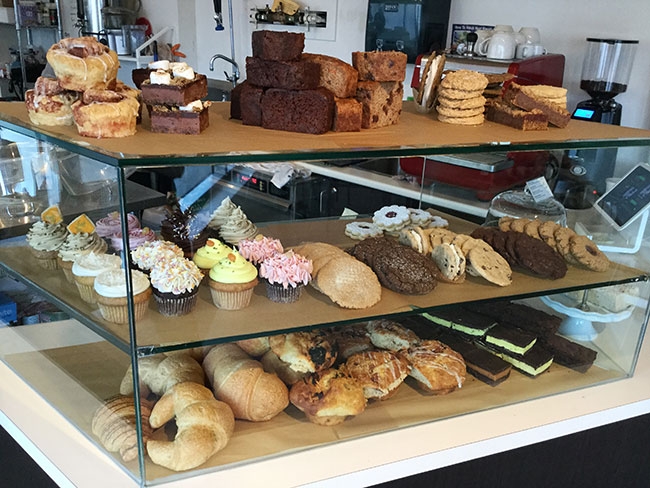 There are diet trends that become quite popular then subside from front page news. The Atkin’s diet comes to mind; it was a real blow to bakers and its low-carb sentiments have sure stuck around. These trendy diets often seem rooted in weight loss or addressing a specific health challenge.

Other diets seem more rooted in lifestyles. These diets are self-authenticating and encompass broader reasoning in some combination of moral, overall health, hopes for longevity, cultural traditions and religious beliefs. Different types of vegetarian diets fall under this lifestyle category, and can be a boon rather than a bane to bakers. Meat isn’t as necessary to a successful bakery as carbohydrates.

There is a spectrum to the vegetarian approach. Here is a summary as outlined by the Harvard Medical School:

Of all the subsets, vegan is the strictest. It is also the most fitting to discuss for bakers. Many bakery products are already lacto-ovo vegetarian by nature, which leaves vegan as the true growing specialty.

Ange Fuller of Fuller Confections in Fredericton opened her bakery in 2013 as a mix of vegan and traditional baking. Fuller, a vegetarian, says demand hasn’t come as much from vegans as it has from people with allergies to eggs or dairy.

Eventually her bakery fine-tuned to full vegan, and she says she has “absolutely” seen an increased interest in the past few years in vegan products. Vegan chocolate cake and energy balls are top sellers, along with ice cream and ice cream sandwiches in the summer. The bakery offers an assortment of cakes, cupcakes, chocolates and various tempting sweets.

The biggest challenge Fuller identified as a vegan baker is the price of ingredients. “You have to find the work around for eggs or dairy, and it costs more and is harder to find.”

She prefers local and seasonal products, and finds berries, apples and pumpkins all to be good for moisture in products. Nuts are a pantry staple for her, and she says although avocados are not local, they are great for baking.

On the West Coast, Phil Sedlacek owns and operates Edible Flours, a solely vegan organic bakery in Vancouver. Sedlacek, who has been a vegan for more than 20 years, bought the bakery about a year and a half ago. He is a home baker by training, and says he has grown the business since taking it over.

Made-to-order celebration cakes are the biggest money maker for the bakery. Cupcakes and cinnamon rolls, peanut butter bars and Nanaimo bars are also great sellers at Edible Flours. The bakery serves a variety of cookies, rolls, scones and loaves with some items also being gluten-free. In terms of challenges, he says it’s difficult to replicate the taste of cheesecake with something like tofu or cashew, although “you can get pretty close. It’s also tough to do a quiche.”

For regular items like cookies or cupcakes, he says you’re really just replacing eggs and milk, and the alternatives work well.

“Baking soda and apple cider vinegar give a nice lift,” he says, for your cakes and cupcakes.

When it comes to milk alternatives, he says you don’t taste the nuts in the nut based milk as it is masked by other flavours, such as the sweetness of sugar. He prefers to use rice milk for a couple reasons, one being it also avoids allergies to nuts or soy. Two, it is a bit more economical than the nut milks when purchased in large quantities.

He uses Earth Balance products as a butter substitute, and says it’s important to find a good margarine.

Although his bakery is dedicated vegan, his clients are not necessarily so. Like Fuller’s bakery in Fredericton, Edible Flours attracts consumers with allergies to foods such as eggs or milk. He doesn’t advertise in the shopfront that it is dedicated vegan, which means he also gets walk-in traffic that come in looking for something tasty and aren’t concerned whether it’s vegan or not. He notes that the Vancouver market is quite receptive to vegan products.

The market for vegan baking
Market research company Mintel’s “Global Food & Drink Trends 2017” listed Power to the Plants as one of six identified trends. Mintel reports consumers are looking to be healthier and are motivated to eat more fruits, vegetables, nuts, and seeds. This has prompted more product launches with plant flavours and/or functionality. The growing interest in plants is the precursor to more excitement about vegetarian and vegan products, suggested the report.

Mintel’s Global New Products Database (GNPD) saw a 25 per cent increase in vegetarian claims and 257 per cent rise in vegan claims on food and drink launches when comparing September 2010 to August 2011 and September 2015 to August 2016. This included new products and ones that were naturally animal-free but added the claim.

On a global level, Mintel recorded this trend as mainstreaming in Canada, which means it is gaining traction. Some vegan products arose in response to a desire to lessen food waste, sustainability being another trend Mintel noted worldwide. One innovative product out of the U.S., Sir Kensington’s Fabanaise, is made with liquid from chickpeas (also called aquafaba).

The report highlighted opportunities for specialty food retailers, such as bakeries, to offer a bigger selection and have more emphasis on health and wellness, customer service and product knowledge.

The report forecasts the economy outlook for next few years as modest and challenging, and the overall food and beverage market is expected to remain sluggish. Despite this, the health and wellness trend is supported by demographic changes (older populations, millennials getting more money), rising health-consciousness and the demand for premium food and beverages.

It seems plants have indeed taken centre stage, giving a whole new momentum to the phrase “eat your veggies”. Bound up in this are opportunities to create vegan products that appeal to not to only vegetarians or vegans, but those with allergies, or people on the hunt for ingredients that most appeal to their sense of health and wellness.