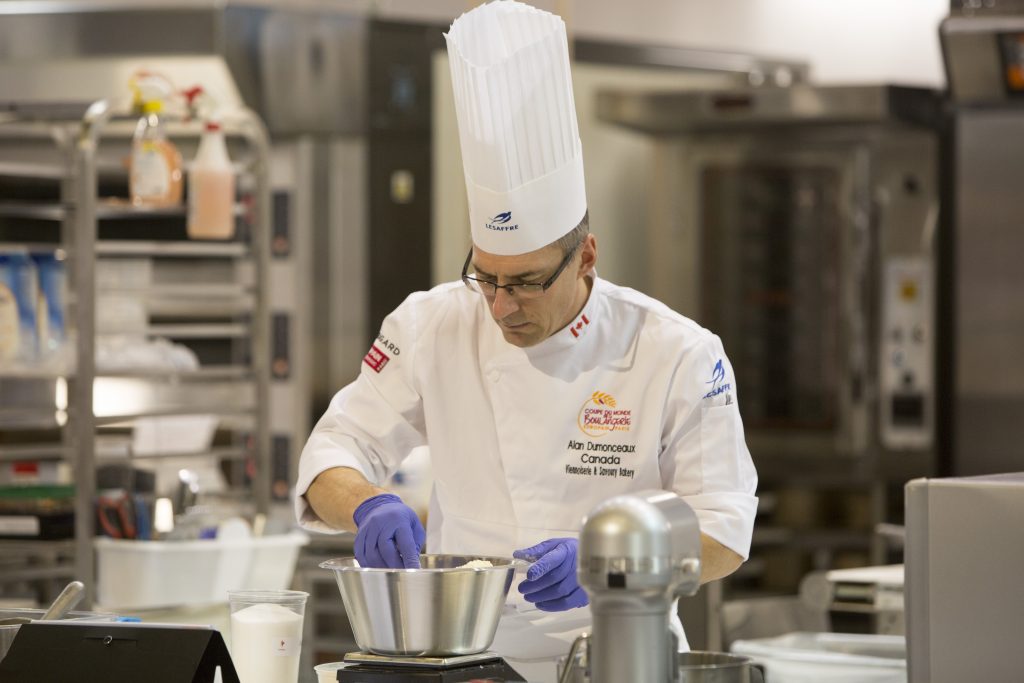 Paris — Alan Dumonceaux and Marcus Mariathas, two of Canada’s preeminent bakers, have been selected to compete at the 2018 Masters de la Boulangerie.

Eighteen candidates will compete for the World Master Baker titles at the prestigious event to be held at the Europain trade show February 3-6, 2018. There will be six candidates in each category: gourmet baking specialty, nutritional bread making and artistic bread making. A winner will be determined from each. The 18 candidates were drawn based on performance in the previous Bakery World Cup (Coupe du Monde de la Boulangerie) in 2016.

Dumonceaux was chosen to compete in the gourmet category. Mariathas will respresent Canada in the nutritional bread making category. Dumonceaux, the manager of 2016’s Canadian baking team, is chair of the baking program at the Northern Alberta Institute of Technology (NAIT). Mariathas is the director of product development for ACE Bakery. The other members of Canada’s baking team included James Holehouse, graduate of the NAIT’s baking apprentice program, who contributed the artistic showpiece and Elien de Herdt, a graduate of NAIT’s baking program, who brought her skills to the inaugural “Young Bakery Hopeful” category. Mario Fortin, bakery consultant and owner of Forma-Lab was the team’s coach, and Clayton Folkes, NAIT baking instructor, its technical advisor.

Candidates for the artistic bread making category will be announced on June 25.