Nov. 19, 2014, Brampton, Ont. – Trendwatchers from all corners of the Canadian food industry were given a taste (sometimes literally) of economic, ethnic, demographic and flavour trends at the Trend Forecast hosted by the Guelph Food Technology Centre on Nov. 7.

Nov. 19, 2014, Brampton, Ont. – Trendwatchers from all corners of the Canadian food industry were given a taste (sometimes literally) of economic, ethnic, demographic and flavour trends at the Trend Forecast hosted by the Guelph Food Technology Centre on Nov. 7. 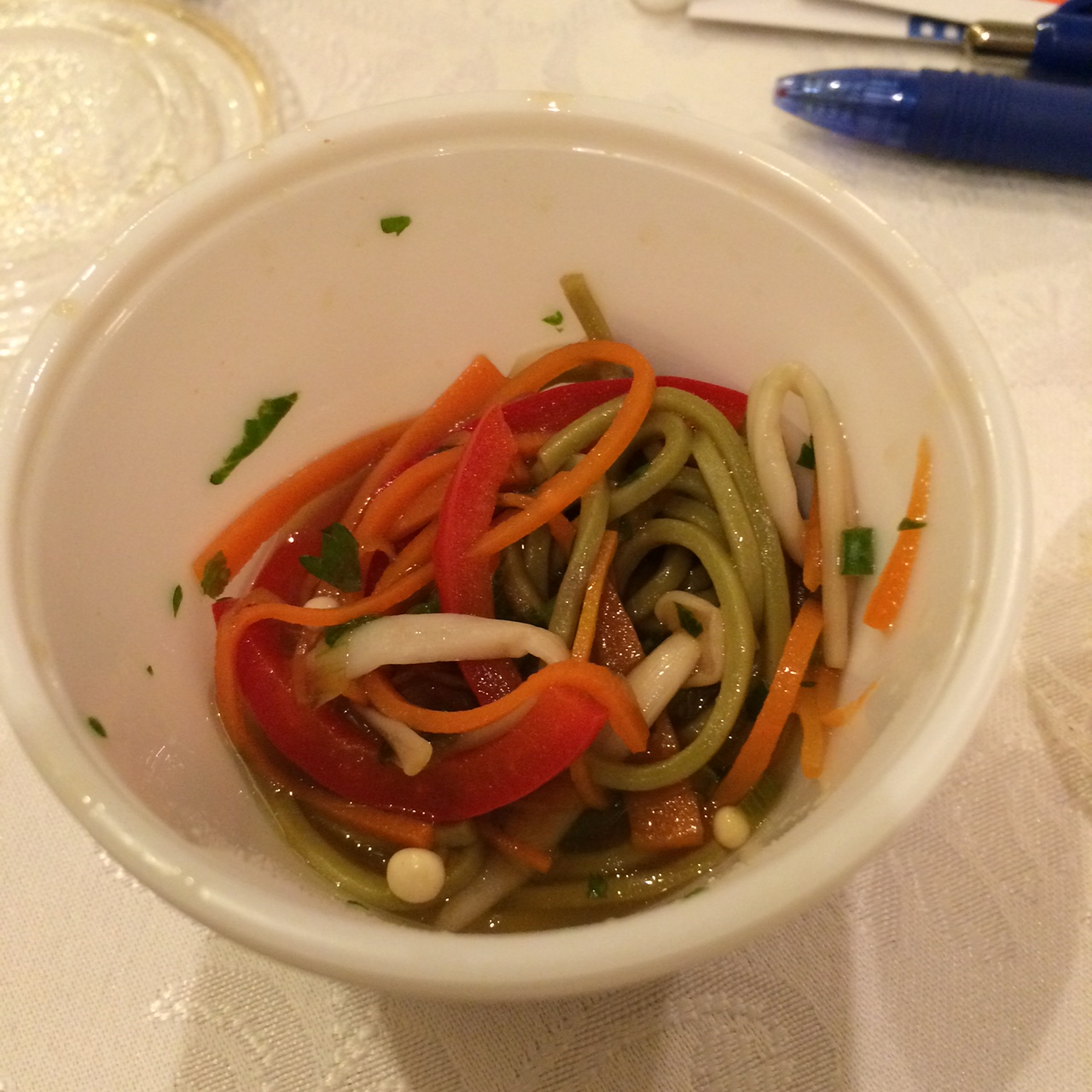 There was good news and bad. Gervais said interest rates are expected to remain low for about 12 months. However, because energy exports are about 10 per cent of our GDP, the relatively low energy prices may affect the industry adversely. He expressed some concern over a general lack of investment in Canada and said it is troubling that Canada is on the low end of productivity worldwide.

Gervais said it was still possible to innovate by controlling factors like labour costs, maintaining margins and taking a risk-versus-reward approach.

The pair identified several flavour trends, among them Charmed by Brazil, which expresses a melting pot culture that includes European, African, Asian and native Amazonian influences. Brazil is expected to be a major influence in cooking, said the speakers. World Cup soccer and the upcoming Olympics are behind it.

Chilies Obsession represents a craving for heat. This trend involves discovering new chilli varieties as well as using techniques like grilling, smoking, pickling, fermenting and candying to bring out flavour. It’s also about how to make the flavour approachable. Chilies on the horizon include Guajillo, Chile de Arbol, Tien Tsin and Aji Amarillo.

Such exotic flavours appeal to Millennials, who love to travel and want to bring home the tastes they discover, concluded Lay and Cloutier. But they also appeal to older generations because as we age we lose our ability to taste. The bottom line: people are not willing to give up flavour for health considerations.

Millennials aren’t solely responsible for what U.S. consultants Baum+Whiteman call “restless palate syndrome.” Immigration to Canada has been on a steady increase since Confederation, said John Cranfield, a professor in the Department of Food, Agricultural and Resource Economics at the University of Guelph. Cranfield talked about Canada’s changing ethnic profile and its implications for the food industry. Certain populations are growing, among them Central and South American, Arabian and South Asian. Our market has responded with an explosion of choice, with foods not heard of 30 years ago like quinoa and keffir are now part of Canada’s Food Guide. There is more “inculturation” of food than every before, with Canadians borrowing from incoming cultures and vice versa.

Carman Allison, vice-president of Consumer Insights, North America for Nielsen, talked about the influence of millennials and why the industry needs to pay attention to them. It’s not so much about developing new products for them as changing the way we deliver and advertise the products to them, said Allison. With smartphone ownership at 51 per cent for baby boomers, but 79 per cent among Millennials, the retail food industry must use such technologies and look for other ways to connect with younger customers.