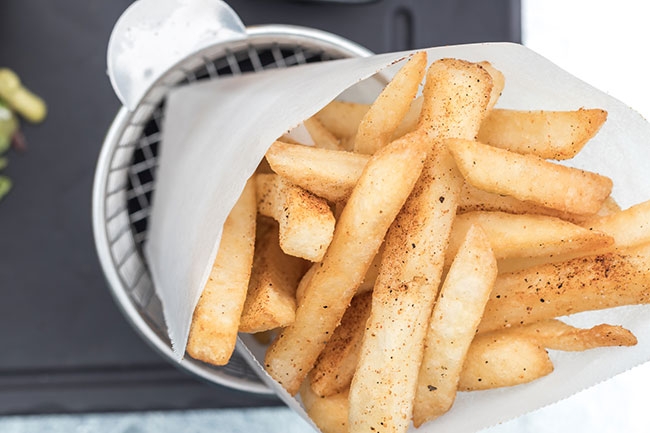 The end is nigh for hydrogenated oils in Canada. The writing is on the wall, the chickens are coming home to roost, the clock strikes midnight – you get the picture. Time is almost up.

As of Oct. 24, 2016, a 60-day consultation was launched by Canada’s Minister of Health, Jane Philpott, with the direct objective of seeking to eliminate partially hydrogenated oils, widely known as trans fats, in Canada. The consultation is part of Philpott’s Healthy Eating Strategy for Canada initiative.

Conclusions of the study have not yet been released.

Essentially, the goal is to remove any trans fats in foods at an industrial level that will hit the marketplace in Canada. While it may seem like a tall order, some Canadian provinces have already limited the amount of trans fats used in restaurants, schools, bakeries and health institutions. The United States went a step further last year.

The U.S. Food and Drug Administration (FDA) acknowledged trans fats posing a health risk to consumers, thus banning their use on June 16, 2015. While petitions remain in the pipeline that oppose an outright ban, trans fats have no home in the land of the free.

What all this means is that there is a very strong push toward the removal of hydrogenated oils in Canada. It’s no longer a movement, but more of a pending reality. This new reality has a very strong synergy with the healthy snacking trend that has been picking up steam.

Adding to pending bans, or severe reductions in the amount allowed in foods sold to the public, hydrogenated products are going to start costing much more compared to non-hydrogenated products. Basically, bakeries and pastry shops will likely have to charge customers more to eat a product that is proven to not be good for their health. In this brave new age of information, the customer is informed enough to avoid that situation.

So, with non-hydrogenated products being readily available, better for the consumer’s health and cheaper, it’s a no-brainer for bakers to make the switch, right? Wrong. Unfortunately, it’s not that simple.

Fully or partially hydrogenated products are easier to work with because of their ability to remain solid at room temperature, but are still malleable enough to spread and maintain a desired consistency. The hydrogenated oils and fats chemical structure allows a stable melting point, between 30 and 40 C, making it ideal to work with in a variety of different applications.

Manufacturers and suppliers are working to produce a wider range of non-hydrogenated products where the firmness varies, making it a bit easier for a baker to adapt his or her recipe to the new product.

Suppliers have already begun to institute heavy price increases in primary ingredients used in hydrogenated products. The result is that artisanal bakers are finding these prices excessively high and in turn are looking for price-competitive, stable non-hydrogenated products.

Despite the difficulty that accompanies the switch, it remains a looming reality for the baking industry, a reality that may be best faced sooner rather than later.

As recent unimpressed Nobel Prize Winner in Literature Bob Dylan once said, “The times they are a changin’.”

Alex Létourneau is a communications specialist at Ventes Rudolph, an ingredients company that has offices in Montreal and Ottawa.