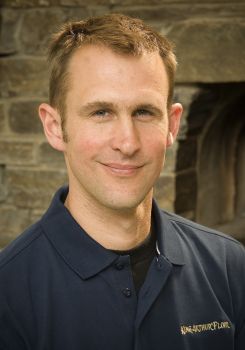 Dec. 9, 2009, SONOMA, Calif. – Solveig Tofte and Tod Bramble have been elected to the Bread Bakers Guild of America's board of directors for three-year terms, beginning Jan. 1.

Dec. 9, 2009, SONOMA, Calif. –
Solveig Tofte (below) and Tod Bramble (left) have been elected to the Bread Bakers
Guild of America's board of directors for three-year terms, beginning
Jan. 1.

Tofte is head baker at the Turtle Bread Company in Minneapolis, Minn. As a member of Bread Bakers Guild Team USA 2008, she represented the United States in the Coupe du Monde de la Boulangerie (World Cup of Baking) in the Baguette and Specialty Breads category. She was an instructor in the guild’s 2008 Women of the Guild master classes, teaching a course on world-class breads, and in 2009 served as a judge in auditions for Bread Bakers Guild Team USA 2010. She has been a member of the guild for 10 years.

Tofte says, “My world is much bigger and better, thanks to the work done by the guild. I look forward to this opportunity to contribute to the spirit of kindness and generosity fostered by this group of talented folks.”

Bramble, a resident of South Portland, Maine, and a guild member since 1999, is an employee-owner of King Arthur Flour Company and National Sales Manager for their Bakery Flour Division. His field of expertise is grain science, with a special interest in wheat protein quality. At the guild’s popular Camp Bread in 2007, he taught a baking education class on wheat and grains. 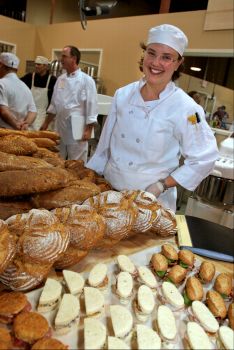 “The guild’s board is a group of leaders in the artisan baking community whom I have long admired,” says Bramble, “and I am thrilled that I have been asked to join them. I hope to contribute in any way I can to continue to build and support this great organization.”

The Bread Bakers Guild of America is a non-profit organization comprised of professional bakers, farmers, millers, suppliers, educators, students, home bakers, technical experts, and bakery owners and managers who work together to support the principle and the practice of producing the highest quality baked goods. It was formed in 1993 to shape the skills and knowledge of the artisan baking community through education.