Features Business and Operations
The Voodo That They Do 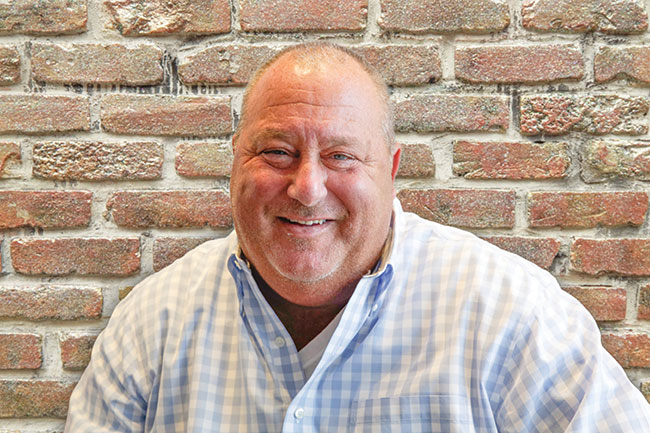 The internationally recognized brand has been growing its cult following since day one, with its unconventional flavors and memorable branding. Within a month of opening, Voodoo Doughnut received its first mention in the national press, and it has not slowed down since. What started as a tiny shop in Oregon, has appeared on The Tonight Show, The Cooking Channel and even The Wheel of Fortune, to name a few.

How to get your food brand recognized as widely in such little time? Schultz insists that you shouldn’t worry about your brand as you start out, just focus on the quality of your product and connect with your surrounding community in person, and online. A marketing team can figure out the business of the logo or the branding, but he feels start-ups should focus on “not going stagnant,” and “let the top people continue to challenge themselves.”

The CEO also added that despite being head of a chain himself, most people who do visit them don’t like the concept. He wants those in the franchise industry to consider Voodo Doughnuts a “string of pearls,” he said. “People want to visit a series of stores. They don’t want to visit a chain.” He explained that bringing a unique element of culture to each one helps makes a client feel like they are taking part in an experience, not merely making a transaction. Part of that experience means ensuring staff are treated well. “We want to be a culture to a company that means taking care of our people. We have to truly understand performance counts.”

The founders of Voodoo Doughnuts, Tres Shannon and Kenneth “Cat Daddy” Pogson wanted to stand out in doughnut industry. Schultz attributes part of the chain’s success to the duo’s previous experience as bartenders, which may have contributed to their unique approach in combining unexpected flavours. Schultz says that on any given day, a long lineup of eager customers “wraps around the building in downtown Portland.”

Both Shannon and Pogson had tremendous success with their maple bacon doughnut and moved on to other flavours. Some did not have as much appeal, such as their infamous NyQuil Doughnut. “We tried to roll it out, and then the FDA came by and said, ‘you can’t put medicine on a doughnut. That little thing on the side of the bottle says it’s for medicine only.’” Schultz said the maverick doughnut team made another attempt with their equally infamous Pepto Bismol Doughnut, which was also removed from the menu. Undeterred by past failures, Voodoo Doughnuts is also credited with inventing the Pickle and Sriracha Doughnut; “Sounds delicious doesn’t it?,” asked Schultz mischievously.  “No! We tried it, and it’s not even photographed because they just were not even good enough for us to take a picture of them,” he laughed. His anecdotes illustrate three lessons, aside from letting the fearless founders’ creativity speak for itself. First, there’s no such thing as bad publicity; even the idea of a doughnut flavoured with over-the-counter medication can spark interest. Second, don’t consider a failure a complete set-back, get back to doing what you love and try again. Third, laugh and learn from your mistakes.

One mis-step was not having electronic payment options available from the get-go. “We thought we’d be cash only,” explained Schultz. Once the pandemic hit, and many were uneasy about the idea of handling money, and debit and credit processing provided an opportunity to order online, and in May of 2020 Voodoo Doughnuts even offered delivery.

Whichever way Voodoo chose to make doughnuts available, the company stood by its values to help its community. The company gives a quarter from every doughnut sold to a national charity of the shop’s choice. When the pandemic hit, Schultz asked his team, if they should put that money back into the stores. “Our answer was, no, we’re going to continue to stay the course. It’s needed even more now.”

Another way Voodoo Doughnuts each shop stand out is through its human “spiritual leaders” found in each shop. From Kenny Rogers to Wes Anderson, each shop features a black velvet painting of its chosen icon, which lends a quirky “mojo” to the ambiance, as Schultz puts it. And what makes better mojo than providing a much-needed service? “In all of our stores we have ordained folks that work for us, that do weddings. Talk about becoming an iconic brand, we’re making a difference, we’re doing something different and unique.”