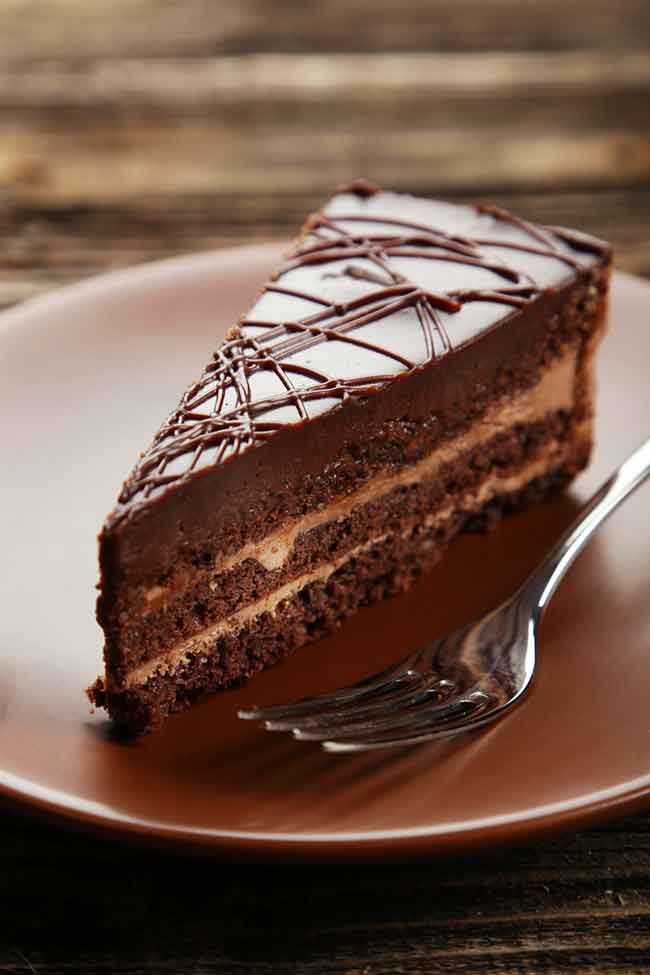 Try putting your chocolate cake under the influence of Amarreto, whisky or rum. Photo: Fotolia

Mixologists and bartenders aren’t the only people using beer, alcohol and wine in their recipes. Artisan bakers are creating their fair share of stout cupcakes, hard cider apple pie, and margarita cakes. Baking inspired by your favourite cocktail, beer or wine is a growing movement among small bakeries and restaurants.

“This trend is appealing to the Millennials up to the Young Baby Boomers. I’m seeing specific terminology describing the baked goods. For example, the word ‘beer’ will not be the only descriptor; it will include the specific variety of pilsner. This resonates with the consumer who is a fan of the beer and will translate into them purchasing the baked good.”

LET THE EXPERIMENTS BEGIN
Jason Rees, chef at Baju BBQ in Toronto has more than 50 recipes made with beer. The most popular is a double chocolate cherry stout candied bacon cupcake.

“If you’re just starting to experiment, beer is accessible, cost-effective and low in alcohol compared to alcohol or wine,” Rees suggests. “There are so many flavour varieties of beers; I make a range of desserts from crème brûlée to simple cupcakes. If you boil the beer for a short period to reduce some of the alcohol, it will behave similar to water in the recipe. I have one caution: I don’t recommend using the IPAs with their strong bitter flavours for baked goods and desserts.”

Keeping on the trend of baking with beer, Joanna Sable, a Cordon Bleu-trained chef and consultant, explains.

“When I’m baking, I will use flat beer to give the flavour I want to achieve without the carbonation factor.” Sable also recommends cooking all beer, wine and spirits to reduce the alcohol prior to adding it to the recipe, so you’re left with the rich flavours without the astringent attribute of the alcohol.

HOW ALCOHOL INTERACTS WITH BAKED GOODS
As we experiment with cocktail inspired baking, it’s necessary to consider how the alcohol interacts with the other ingredients for texture, flavour and colour.

“First up, if you are making a frozen dessert with alcohol, remember it doesn’t freeze and it will change the final texture,” Sable explains. “And of course it will add more liquid to the recipe, which changes the consistency. If you think about the traditional rum fruitcakes, the rum was used as a preservative rather than a flavour enhancer. So you had a very boozy cake with extra fermentation that overpowered the other ingredients. Today, the idea is to achieve a gentler amalgamation of the flavours.”

Keep in mind too, that the colour will be affected by using a darker beer, wine or alcohol, she adds, suggesting bakers think about how they want their final product to look and choose ingredients accordingly.

SEASONAL FLAVOURS
In McCauley’s business, she is seeing the reflex trend, for example, pumpkin pie cocktails and flavoured alcohol such as Crown Royal Apple.

“We are observing more segmented and special occasion seasonal entertaining, where a product like Crown Royal Apple will lead to recipe development especially around Thanksgiving,” she says.

Also, as we gear up for the fall and winter we tend to move towards richer, smokier flavours. McCauley explains: “During this season, we will see blends such as bourbon, pear and chestnut. These flavour combinations are migrating from pastry chef level into specialty items including éclairs and macarons.”

If you want to test the market with your consumers, McCauley has a few suggestions. She has noticed more cocktail-flavoured confectionary items in the marketplace.

“These are perfect to garnish your current baked goods to check if your customers are interested in this flavour profile without the time and cost of adapting your recipes.” In addition, McCauley suggests small bakeries start by developing cupcakes instead of full cakes. Customers are more willing to purchase a small, unique, cocktail inspired cupcake for the first time rather than an entire margarita-flavoured cake. Then you can assess the preferred flavours based on consumers’ feedback and build upon it.

Lastly, McCauley urges bakers to make all new products “Instagramable” in order to catch your consumers’ attention through social media.