Features Nutrition
The Final Proof: Baking for the FODMAP diet

What is the FODMAP diet? How can you bake for this food intolerance? Dummer explains. 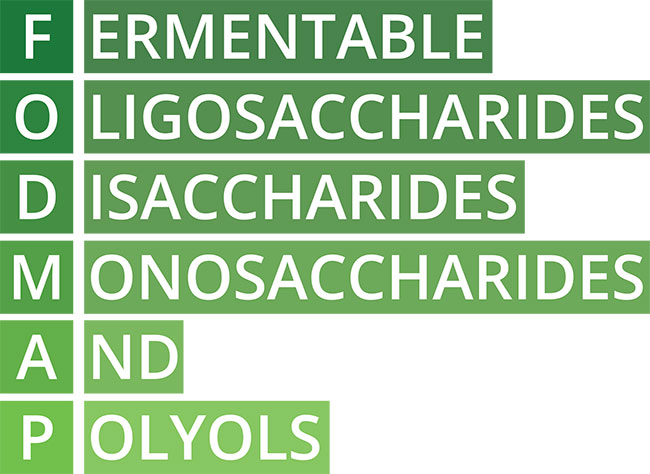 FODMAP is an acronym for short-chain carbohydrates that are resistant to digestion. PHOTO © mkldesign / Adobe Stock

For people with digestive concerns like irritable bowel syndrome (IBS), traditional bread and baked goods can be challenging to include in their diet. According to the Canadian Digestive Health Foundation, it is estimated that 20 million Canadians suffer from some type of digestive issue. Often gluten is blamed for many digestive symptoms. Celiac disease and gluten intolerance are serious conditions; however, gluten may not be the main trigger in other digestive concerns such as IBS.

Kate Scarlata, MPH, RDN Boston-based Digestive Health and low FODMAP diet expert explains, “The American Journal of Gastroenterology provided their monograph on management of IBS, suggesting a low FODMAP diet for overall symptom improvement in IBS patients.  In a recent survey of 1562 American gastroenterologist published in 2018, over half of the doctors recommended diet therapy to over 75 per cent of their IBS patients and most commonly recommended a low FODMAP diet. It is important to note, that digestive symptoms from FODMAPs is a food intolerance reaction, not an allergy.”

As a result, when it comes to conventional bread and baked goods, FODMAP ingredients are very common. There is a need for breads and baked goods to be suitable for a low FODMAP diet. Scarlata identifies, “Removing fructans or reducing fructans via slow fermentation, for example bacteria and yeast in sourdough culture will consume the fructans. And utilizing low FODMAP grains, such as sorghum, in baking are common techniques to produce products that are easier to digest for the IBS population.”

Scarlata acknowledged there are low FODMAP cafes and restaurants in Australia. However, the USA and Canada are not there yet. With the growing number of individuals with IBS and the benefits of symptom management via a low FODMAP diet, there is a market for such baked goods in North America.

The folks at COBS Bread agree: They have a line of LowFOD™ loafs, mini loafs and buns. The trademarked LowFOD™ flour is created by Manildra. Yvonne Anderson, Marketing Communications Manager, COBS Bread explains their process, “There is an extra step…it’s an all-natural wet extraction process, no chemicals or GMOs are used, to remove the FODMAP contributing components (mainly fructans). After this removal, it is considered ‘normal’ flour, meaning it still has gluten, but it is low in the FODMAPs.”

COBS Bread trialed the LowFOD™ loaf at selected locations across Canada from November 2018 to January 2019. Then they launched it across the entire network in August 2019. Every COBS Bread location (122 bakeries in Canada) bakes LowFOD™ in a large loaf, a mini loaf, and buns daily. The LowFOD™ includes a mix of grains and seeds including oat bran, millet, poppy seeds, flax seeds, psyllium seed husk, kibbled sorghum, enriched wheat flour, and malted barley flour.

Steff Steers, owner-operator of two COBS Bread locations in Kitchener-Waterloo explains, “It takes time to bring a new product to life. We ensure the Monash Certification is on it before it comes to bakery. Customer feedback has been incredible. People have come in and thanked me for giving them a fresh baked bread option that doesn’t cause digestive discomfort. I will hear multiple times a day ‘I love this loaf’.”

Currently, COBS is trialing other LowFOD™ products in their head office test bakery and Steers is hopeful they will be trialed at the two bakeries she owns in Kitchener-Waterloo. It’s still early to predict if low FODMAP friendly breads and baked goods will become more mainstream in 2020, but for now, it’s exciting to see the innovation in this space.

Jane Dummer, RD, known as the Pod to Plate Food Consultant, collaborates and partners with the food and nutrition industry across North America. www.janedummer.com