Genetic engineering: Is it a thing? What to do about GMOs and whom to believe 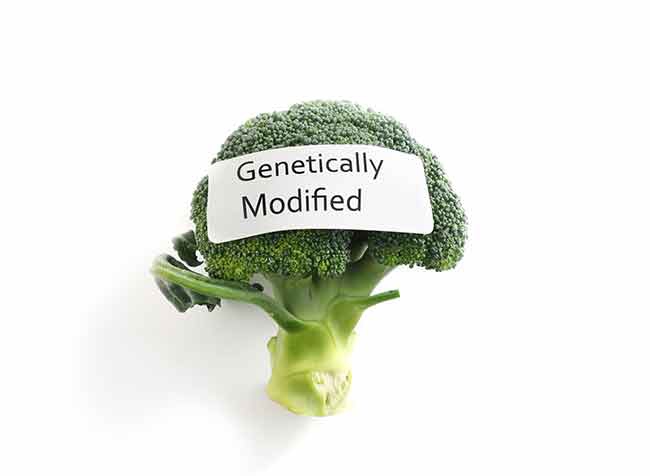 Sticking on a label when GMOs are present will ensure your product dies on the shelf. Photo: Fotolia

Arguably no food subject is more divisive today than genetically modified organisms (GMOs). The germ of the debate, pun intended, are seeds, rooted, pun intended, in two scenarios: one is villainy and the other is sci-fi, depending on whom you believe.

One of the keenest marvels in the biological world – and formerly a convenient truth – is how a seed transforms into a plant that produces its own prodigious cache of new seeds, each with the potential to produce a new plant, and so on. Not so with genetically modified seeds, which are engineered to yield only once, and are owned and patented by the corporations who engineered them.

Farmers and families saved and shared seeds for generations, but GMO agriculture makes that a thing of the past. If you don’t use GMO seeds and the wind blows some GMO seeds from the next farm over to your field, and crops result, the seed company will sue you. That’s the villainy, according to some.

This is the sci-fi part: some GM seeds are bred with their own on-board herbicides and pesticides. As the seed germinates, its resident poisons keep it safe from weeds, insects and other agents that hinder their growth.

There are two bits of information that I find very hopeful in this potentially dystopian picture of where our food seems to be headed. They come from the 2013 documentary GMO OMG – just released on Netflix – which reports that in some of these GMO fields, weeds and insects are no longer deterred by herbicides and pesticides. Some weeds have morphed into plants that grow as much as three feet in a day. And pests that had previously died from the “cides” are now eating them for nourishment and growing into “super bugs” as a result. So say some.

Most recently, taking the other side of the issue is William Saleton, who wrote a takedown of the anti-GMO movement on Slate.com in mid-July. The further he dug into the subject, he says, the more lying, misrepresentation, fear mongering and cherry-picking of scientific studies he found. Actually, both sides are pointing that finger. Does that make the two sides even?

Most interesting among his conclusions was this: “There are valid concerns about some aspects of GE agriculture, such as herbicides, monocultures, and patents. But none of these concerns is fundamentally about genetic engineering. Genetic engineering isn’t a thing. It’s a process that can be used in different ways to create different things.” The focus on “process” might cool down the hot-button nature of this issue. Are we painting all GM agriculture with the same toxic brush?

Saleton points out that the World Health Organization (WHO) pronounces no dangerous warnings for GM foods, and the WHO scores high on health-warning credibility, or so say some. But a closer examination of the WHO’s position shows that it is not giving GMOs a complete pass. We should assess GM foods on a case-by-case basis, says the WHO, keeping neatly neutral on the subject, like its home country, Switzerland.

Boulart bakery is also neutral on the GMO issue. The industrial artisanal bakery based in Lachine, Que., has a growing market share in Canada, and the United States Boulart earned itself a Non-GMO Project verification seal this April.

The Non-GMO Project is North America’s only third-party verification for non-GMO food and products. To date, the non-profit Non-GMO Project has awarded its Non-GMO seal to more than 27,000 products, from 1,500 brands, which pulled in a purported $11 billion in revenue last year. Products are audited all along the supply chain, examining every ingredient, input and process. In keeping with the EU’s measure for labeling, products will be verified non-GMO when they fall inside the 0.9 per cent threshold.

Having the seal doesn’t require Boulart to have a position on GMOs. The company wants the seal so it can give its customers – retailers, foodservice, specialty shops – good-news product information and more transparency.

Boulart touts its bread as being made with only four ingredients: flour, yeast, water and salt. Breads are free of preservatives, additives or additional sugar. This is the ingredient profile consumers are looking for more and more, and that they’re willing to pay more for.

Labelling is the final frontier in the battle for and against GMOs. Sticking on a label when GMOs are present will ensure your product dies on the shelf. The U.S. is fighting for legislation state by state. In Canada, GMO labelling is voluntary. The Boulart model – to pro-actively seek non-GMO verification – is the way to go. The cleaner and more transparent we become, the better.

And mostly, so say all.

Stephanie Ortenzi is a food marketing writer and blogs at pistachiowriting.com.